The MyoBelt XP has been discontinued. If you're looking for something new, check out the best headlamps for 2022. 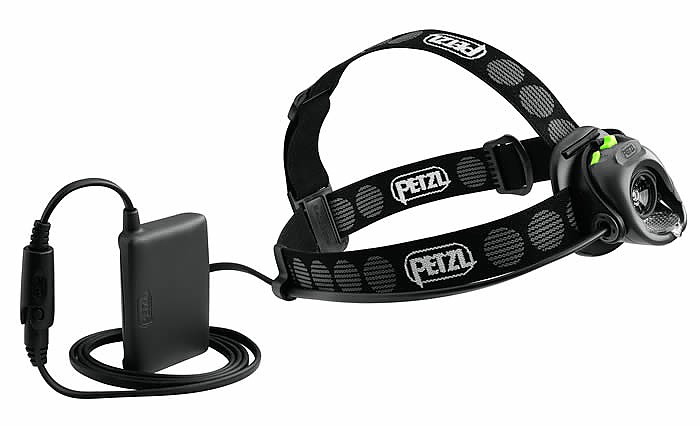 I was a little surprised at a review of the Myo XP that said it wasn't that bright. I suppose the Myo XPs might not be blinding like a Surfire flashlight but is plenty bright for a LED. So, here I go...

I got the Myobelt XP because Alaska winters are hard on exposed battery packs. I chose this model because I compared the numbers on the back of the boxes of Petzls, Black Diamonds, and Princeton Techs. The Myo XP had them all beat regarding battery life compared to brightness. Of course, that was confirmed when I tried it out.

I've used the light to xc ski, ice climb, hike, and belay. I think the light is fantastic although not perfect. The buttons on the top are very hard to use with gloves. For that matter, so is the light diffuser. I would certainly change that for next year's model. -45F isn't the right environment to deglove and fiddle with your gear. Other than that, all is good.

The removed battery pack makes a huge difference on balance and weight; I was a little surprised. The light does carry a good distance, great for a LED. The focus of the bulb and the diffuser only are limited with fast pace activities like skiing. I have a little bit of difficulty when using the diffuser because I can't see to far down the trail and when I use simply the LED, I can't see my feet. Oh well, I still love this light.

Bought for inline skating at night in all weather conditions.

Runs in the rain, freezing or not...laughs at cold temps, snow, and the dark.

-Light adjusts to point where needed.

-No field of view intrusion from the light when pointed directly down (unlike some lamps).

-Fits on pretty much ANY helmet.

-I like the reflector on the rear where most lamps have the battery.

-The heavy cable running to the powerpack is well made and won't wear out, no twisting either.

-Strobe feature combined with the difuser is the bomb for any velocity sport in traffic.

-Head strap can be removed completly...giving the lamp many more placement options.