I think the reviewer had been given mis-information about the bag.

The bag is excellent even down to freezing. But is NOT specified by the manufacurer as a cold weather bag. They rate it at 40F (which is what the other reviewer guessed would be believable temp. The ratings can be seen below -

I don't what advert was saying that it was good down to 20F, but it certainly isn't the manufacturer's opinion!

Perhaps a weird impulse buy... but this is the second extremely light weight bag I've had of uncertain manufacture. The first one never warmed me either but allowed ultra light camping until it self destructed from poor construction.

This one however is well made and I paid for it... but the hand writen ad saying it was rated at 20 degrees F. is a total mistake. Maybe 40 at the least (or is the most).

No zipper... surprizingly not difficult to deal with. Minimalist for sure but cozy .... in your bedroom or porch.

I put it too the test this weekend.... brought the dog and had a small North Face tent on the snow with full length Thermorest pad.. and it was exactly between 21 and 22 degrees... on my digital thermonitor. I had my polypros on And my North Face down coat just in case.

Except for my North Face and balaclava I would have had hypothermia. My dog did better in a cheap fleece zip up blanket. (Which I suspect was even though thin, better than what I was struggling with....)

Not a comfortable night even with new equipment all around me. That bag.... perhaps it should be labeled One Season! (Summer?)

It is made in England by a chap named Peter Hutchenson I was told by Climb High in so. burlington vermont.... and it has excellent craftsmanship with lofty down (800 weight) But falsely listed as being a 20 degree bag. Brand name is PH.D . Not sure if I'll return it or not. I like having the smallest sleeping bag known... compresses to the size of two or three bagels/// but I may be taking this ultra light business too far.

For the winter I'll rely on my NORTH FACE Tundra.... no problem there... and it was even cheaper. 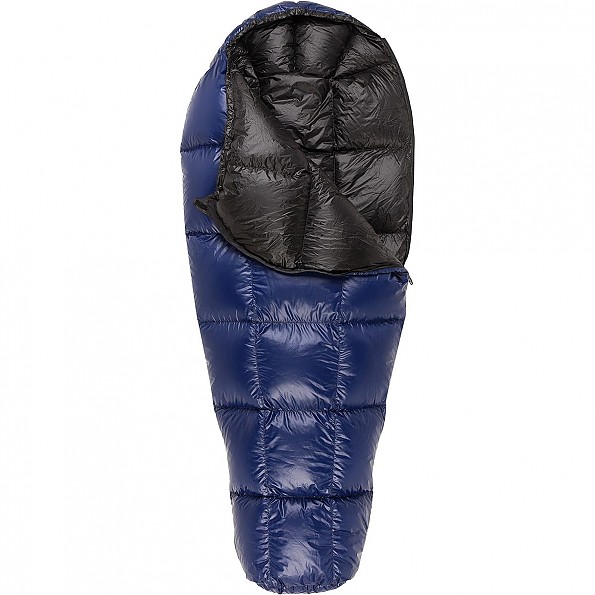 Trailspace's community of gear reviewers has field-tested and rated the top warm weather down sleeping bags.