The Alpine 180 has been discontinued. If you're looking for something new, check out the best backcountry snowshoes for 2022. 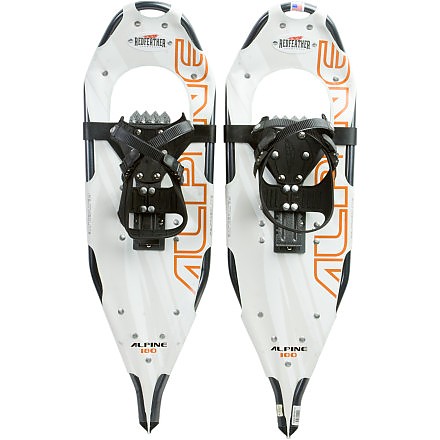 These shoes hold up to heavy use with max weight on them, but do have their problems.

I have used these hard for two seasons [not this one, the last two]. I've used them on crust, crossing streams, deep snow, on hills, in the woods, in heavy brush and in rocky terrain in the Adirondacks. I like them.

They are easily put on and adjusted, but the widest boot may just not fit in the front straps. I wear a 13w and do have boots that won't fit.

They float well and that's saying a lot since I weigh 240 and always carry a pack.

I do believe the crampons could be better on ice or hills, but this has always been a peeve of mine with other shoes also. The toe crampon will ball up in wet conditions.

They'd be better with a toe cup in hilly terrain.

One photo, which I will post, shows I popped 4 rivets, the same two in each shoe, through the webbing, but it hasn't effected anything and remember I am maxing these out weight wise and I'm pretty sure one bad jump off a creek bed may have popped three of them. One popped previous to that jump.

I would recommend them for anyone and I'll use them again, heck I'd buy them again if it was necessary.

I could easily get around in brush with them and by the way they measure 33+inches long and are 10 inches wide.

This first photo shows the popped rivets—same two on each shoe, left and right of front crampon. 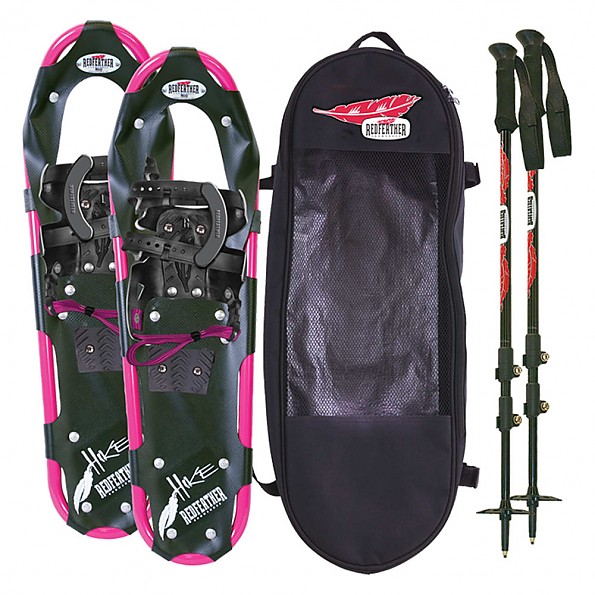