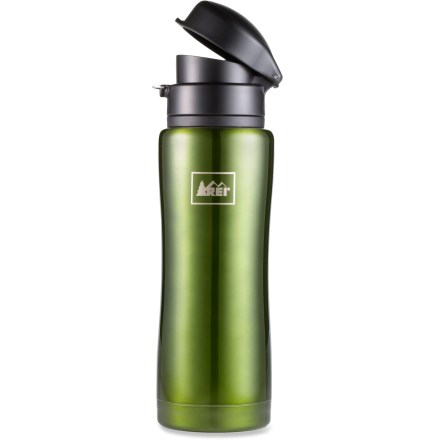 A thermos with a flip open sip-lid so you can drink right out of it without having to pour into a separate cup, very handy as it minimizes the amount of fiddling around you have to do to get your fix. Great to to have along in the car or canoe, or on some steep snow slope. But the REI version is inferior to the Thermos/Nissan version as outlined below, so I'd recommend holding out for the latter.

I have been using a Thermos/Nissan brand flip open vacuum bottle for almost ten years, and consider it an indispensable companion on almost any outing. Especially in snow, I've never liked the amount of fiddling around you have to do to pour a cup out of a conventional thermos, set the cup down somewhere while you close up the thermos, and then put the thermos somewhere while you drink, with the contents of the open cup often cold long before you get to the last sip, and both vulnerable to tipping over at various points in the process. The flip top allows you to take it out of your pack, flip and sip, then close it up and set it down somewhere (just stick it in the snow!) while you eat some gorp or whatever.

REI has made a nice solid bottle that does pretty much what the Thermos ones do, at about the same price, but not quite as elegantly. Let me explain.

The Thermos model (below) has a simple D-ring safety lock -- once that's open you just push the release lever (gray in photo below) and the spring-loaded top flips open, so it has one-handed open and close operation. You can have a sandwich in one hand and the thermos in the other and open and close it as needed, and it is completely sealed when the top is down.

The REI version also has a safety lock, but you have to thumb open the flip top, and push a button that is hidden underneath the flip top to open the seal for sipping (see REI's video for details). The biggest disadvantage: if you forget to push the button again before closing the top, it doesn't seal and can leak all over you pack, even if you close the safety lock. You can't tell that it's not sealed just by looking at it. The Thermos version is sealed if it's closed, period.

I have had the REI one for about a year now and it has held up well so far. I would rank it above the Thermos one for durability because it has a metal instead of plastic bottom and the top feels a little heavier/tougher. For the record, I broke the latch on one of the Thermos ones after a few years, but otherwise they have taken a lot of abuse over the years and are still going. But for my money I'll take the one-handed operation and secure sealing of the Thermos model.

Here's a shot of the Thermos one for comparison. 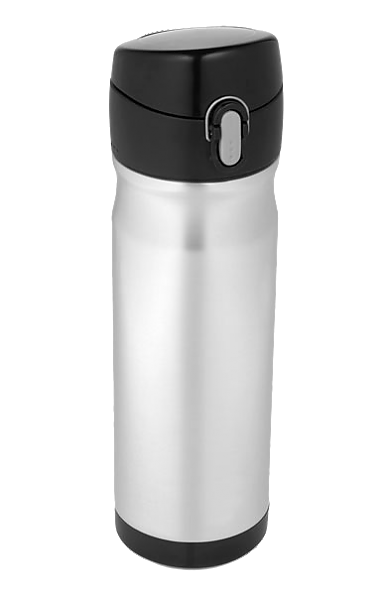 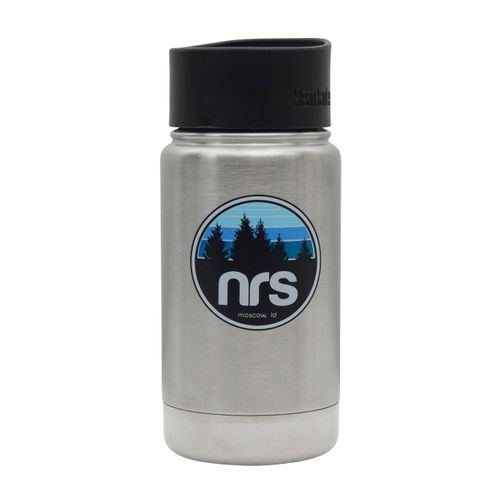 Trailspace's community of gear reviewers has field-tested and rated the top thermoses.