The UL 30 Pack has been discontinued. If you're looking for something new, check out the best daypacks for 2021. 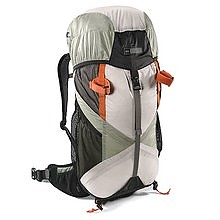 This is a review of many packs. Ultimately I did not choose the UL 30.


Testing:
First off I recommend REI for backpacks. They have a very liberal return policy which allows you test at home and then return. Also very knowledgeable
and helpful staff.

Some of these (REI UL30, REI UL45, REI Catalyst 35L, Gregory Z-Pack and Kelty Redwing 3100) I purchased and tested at home, them later returned. For these I packed exactly what I was bringing with me to Europe. Total weight of pack was 23-25 lbs., then later returned. I also did in-store testing on all of them by packing weight sacks equaivalent to 20-25 lbs and then walking around the REI store for 15 mins.

This was an April trip so I needed some mild to chilly weather clothes. For reference as to how much the packs can hold, this is what I packed in each of the bags I tested at home and eventually what I brought to europe on my trip:
1 pair jeans
1 pair lightweight long pants
6 pairs boxers
1 short-sleeved t-shirt
2 long-sleeved t-shirts
1 long-sleeve Columbia fleece
1 tolietry kit
2 paperbacks
2 small top 10 travel books (equal to 1 paperback together).
2 undershirts
6 pairs socks
1 pair gym shorts
1 long sleeved button down shirt
1 sweater
1 folded up duffel bag to use for return trip for souvenirs
1 outlet adapter
1 ipod power supply
1 cell phone power supply
1 Marmot Precip Jacket (sometimes I was wearing this)

I first wanted to see if everything would fit and then I put the pack on for about 15-20 mins. I also wanted to get a pack that was small enough to carry onto a plane. For sizing note that I'm 6'3" 190 and always tested the large size which hold a bit more than the smalls and mediums. Also note that I bought four of the REI stuff sacks and put clothes in those. They worked great for easier packing.

'06 REI UL30 - $85
Tested in store and at home.
Very light. Not much in the way of outer pockets. I could just barely get everything into this. That's with really squeezing and putting most books in outside pockets.

I really liked the skinny/tall feel of the pack. The support system and padding on the shoulder straps was not as full/quality as the osprey, gregory or kelty. But good enough for my travel needs and comfortable. Though maybe not if you were doing an all day hike. If it was a little bigger or if I was bringing a little less it would have been the winner.

This fit everything. Nearly equivalent space as REI UL45. The Support system and straps a touch better than the UL30, UL45. Also has the skinny/tall feel like the REI UL packs, which I felt was more comfortable and makes squeezing into airplane and train luggage compartment much easier. In the end, the lack of outside pockets and it being a touch heavier than UL45 was the reason it wasn't the winnder.

'06 Gregory Z-Pack - $190
Tested in store and at home.
This was a grade up in size and quality from the others. Very light. Lots of outer pockets with a big outside net pocket. I easily got everything into this with plenty of room to spare. I could fit 1.33 times my load.

Seemed to be very high quality. The support system and shoulder straps were a step up from the REIs. But it had a ton of straps. Straps everywhere. The staps were really a nuisance. I liked it and was very comfortable. But it was more than I wanted to pay and was also concerned it was to big to carry on a plane.

I really liked the outside big net pocket. And like the Z-pack was of high quality. It didn't seem to fit as much stuff as the REI Catalyst 35L and maybe just as much or a little less than the REI UL30. Also seemed to be a little small for me. It rode real high on my back and didn't rest on my hips. The large of this seemed to fit like a medium of other packs.

'06 Osprey Atmos 50 - $200
Just looked at in store. Didn't put on and test. Looked great. REI didn't have a large on the floor. The REI staff were big on this model and a couple of them said they had bought one for themselves. But I was 1.5 weeks a way from my trip and couldn't take a chance on it not being shipped in time. The Ospreys were my favorite as far as style goes.

'06 Osprey Atmos 35 - $160
Tested in store. Had a fantastic support system. In a class by itself for the support system. It was the first one I tested in the store so I was just getting
started in getting the feel of the packs. Didn't test at home with my exact stuff. But based on the in-store testing it seemed to hold less than other bags of the same listed size. I say this based on how many of those 'weight' sacks that the REI staff loads in the pack for you. You then go walk around the store for 15 minutes.
The REI UL30 and REI Catalyst 35L each fit more stuff than this bag. This bag would not have been big enough for me.

'05 Kelty Redwing 3100 - $70 (on sale on REI.Outlet, normally $110)
Tested at home. This thing fit a ton. It's got a different configuration than the other packs. This one is short and wide. The REIs were long and skinny.
The Osprey and Geregory's were in between. It easily fit in everything. Fit as much as the Gregory Z-Pack, maybe more. Had good/enough outer pockets for my liking.

At first, I though it was great. Had a comfortable shoulder straps and good support system. After a while though it seemed a little bit heavier than it should have. Maybe it was because all weight was outward, because of the short/wide style. I was also concerned that it was going to be too wide to fit into the overhead compartment on a plane or at least too big to pass the size test to get it onto the plane. I didn't want to take that chance. Though the REI.Outlet price was a great deal.

Very light. Very durable. Very portable. Very comfortable. Not much in the way of outer pockets. The lack of outer pockets is its biggest fault. It fit everything listed above. But without much room to spare. Though I could have squeezed in a few more t-shirts and didn't fully utilize the top pocket. Like the other REI packs I tested it has more of a tall/skinny style. That fit better for me and also seemed to carry the weight easier. It rested on my hips correctly. Not much in the way of bells and whistles like the Osprey and Gregory's. Only one outside packing strap that locked the cover to the top loading opening to the main body. But that's all I needed to get it tight and squeezed in. I thought this was a pro not a con. Whereas the Gregory's had straps everywhere. The UL45 also has an internal strap to compress the stuff in the pack. It's also on the UL30. Not sure if that made much of a difference, maybe a little.

This pack and the UL30 had the ActivMotion support sytem which means the shoulder straps on each side and the back suspension are one piece that moves together. I actually didn't think this was advantage for me. It actually seemed to make the pack more likely to be crooked on my back than the other packs. But not a big deal. And REI totes it as an advantage so maybe I was doing something wrong.

As I said above the REI packs seemed to hold more stuff than other packs with the same listed capacity. This was a big advantage. More space for your money.

Keep in mind that I generally did not have the pack on my back for more than 1hr at a time. Usually just from train station to hotel. Or walking between terminals in the airport. But during those times it was very comfortable, you forget it's on your back. Also very protable in terms of storing it in airplace overhead compartments and train luggage racks. I never had a problem. It fit with plenty of room to spare.

This would be the perfect pack for me if (in order of importance)...
1 it had an outside back pocket/net like the Gregory packs. and/or a little bigger outside packs
2 it had a water bottle holder pocket or any kind of pocket on the hipbelt
3 the support system was a little closer to the Osprey Atmos packs.

I highly recommended the REI UL 45. This pack has worked out great for me. I plan to use it on other trips and on weekend camping trips. 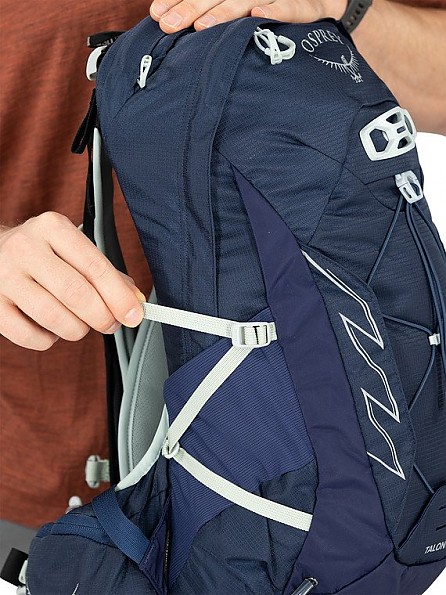 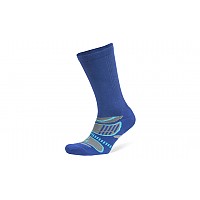 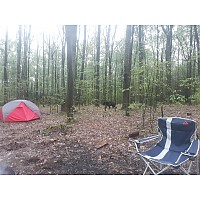