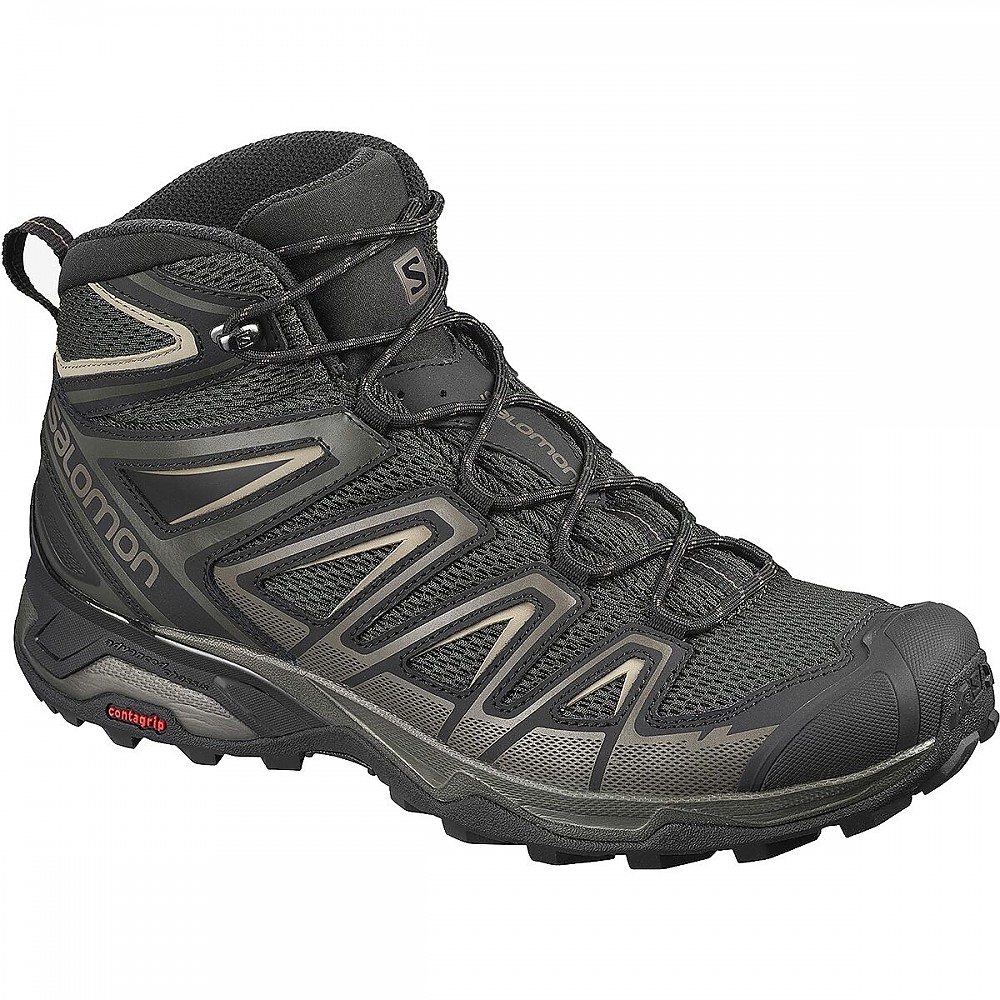 The Salomon X Ultra Mid 3 Aero's are my "tweeners." They perfectly fill the gap between my low-top Salomon X Ultra 3 and my Salomon Quest 4D 3 GTX hiking/backpacking footwear. Featherlight, cushiony comfort, wraparound support and Gecko-like grip make these my favorite for hiking and backpacking when pack weights are 35 lbs. or less. 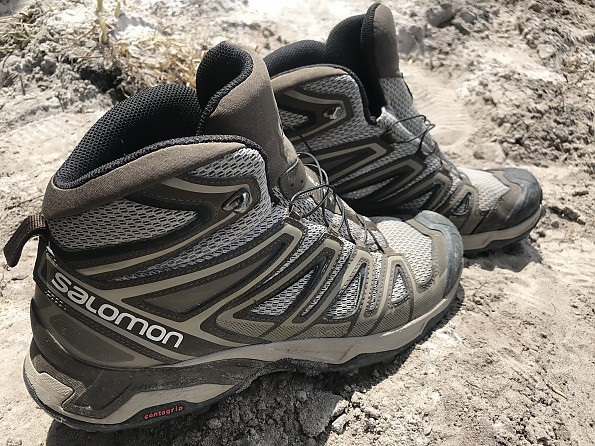 I should add the disclaimer that I own a vast number of hiking shoes and boots—not rivaling Imedla Marcos's 3,000 pairs, but when I find a brand that fits like a glove, suit my present needs, and wear like iron, I usually find myself with many pairs. So, I own roughly nine (9) pair of Salomon shoes and boots. Having a narrow foot, the Salomons hug my foot like a mama bear hugs its cubs. without squeezing the blood from them...while giving my toes room to wiggle. As I get older and my feet have suffered six decades of abuse, I have moved from a 9.5 to a 10. 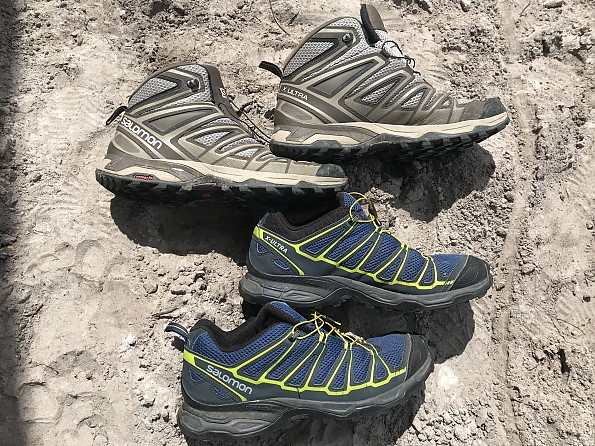 I first observed the Salomon X Ultra Mid 3 Aeros on my eldest, as he sped along the scree and scrabble of Colorado's mountains. I was wearing my older X Ultra Low tops and was contented until I tried his, which were higher yet lighter, offered more cushion in the ankle and footbed (but still gave a solid trail feel). So after much whining, my kids bought me a pair for my birthday last year. 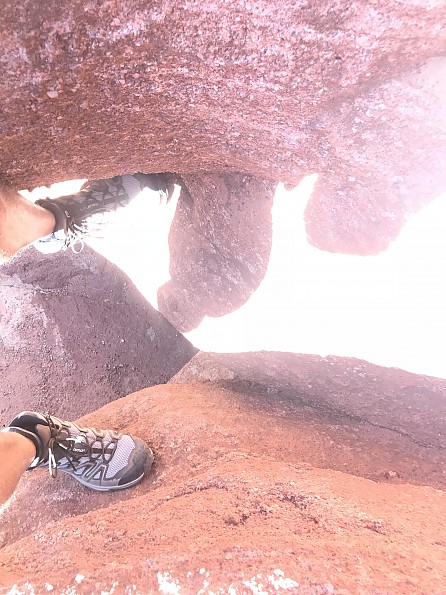 I attempt to use products over longer periods and conditions before posting reviews lest I'm too hasty with positive or negative comments. In this past year, I have logged both light backpacking and hiking miles during blazing heat of SW FL trekking sandy trails of the Everglades and surrounding areas, the hills and valleys of Virginia and West Virginia, the Smokies of North Carolina, the Rockies and high plains of Colorado, the mountains of New Mexico and Mt. Chimborazo, the hard rock of Moab, and weeks in the Eastern Sierras and JMT...tallying several hundred trail miles. To my surprise, these X Ultra Mid 3 Aeros still look newish. 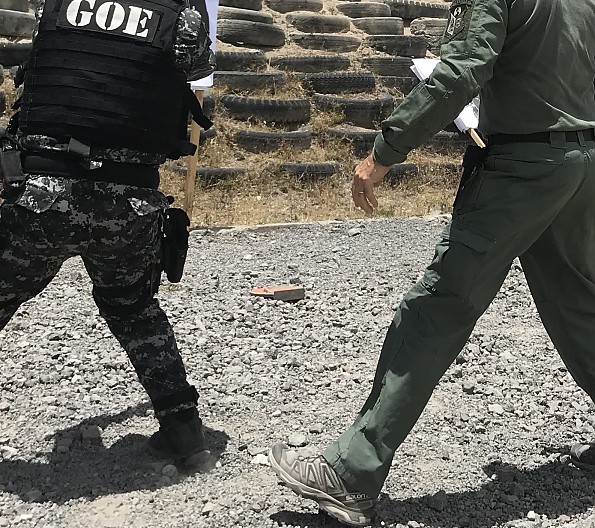 In my experimentation, I did remove the laces and attached Salomon's Quicklace Kit, which I have grown to favor on all my other Salomons. A quick sidebar on the Quicklace system...as I have seen many pros and cons in reviews...I have ten-year old Salomons that the Quicklace system is still going strong, functioning as new...even though I have clearly worn the sole down to the cushioning (I still use them for lawn cutting in that condition). I have not experienced any negative issues with the Salomon Quicklace system on any of my Salomon's (I even added them to my Pearl Izumi MTB shoes). 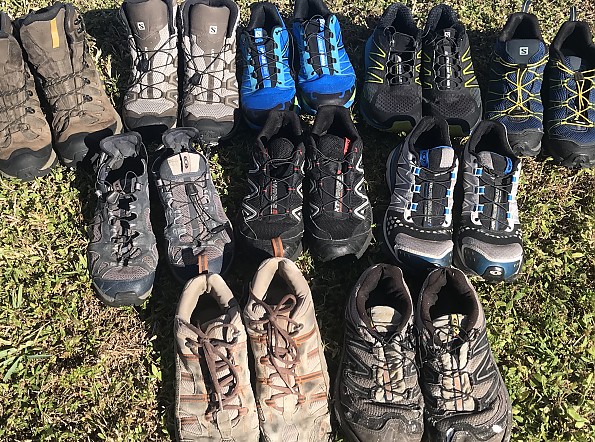 Whether on the smooth rock of Moab, and the Domes in Yosemite, the scrabbly scree of the Barr Trail of Pikes Peak, or slippery mud of WV's Dolly Sods, the Salomon X Ultra Mid 3 Aero's Contragrip sole bolstered confidence at any elevation or path condition.

What I love about the Salomon X Ultra Mid 3 Aero:

What I would change if I could:

Yep, that's pretty much it on what I would change. 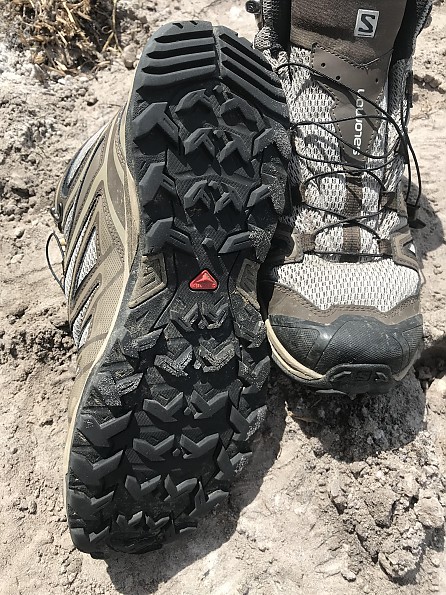 I realize footwear is a very personal item and for as many people there are, there will be different choices. Unless Salomon changes the fit and functionality of their products, I will likely remain a satisfied customer. I've been extremely pleased with Salomon's performance and longevity over the past decade regarding my footwear...on my feet...doing what I enjoy doing. I can only highly recommend procuring a pair for yourself.

As previously stated, I have extensively used the Salomon X Ultra Mid 3 Aero boots over the past year in varying trail conditions in 12 different states and have not found them lacking in any area. I wholeheartedly encourage you to give them a try.