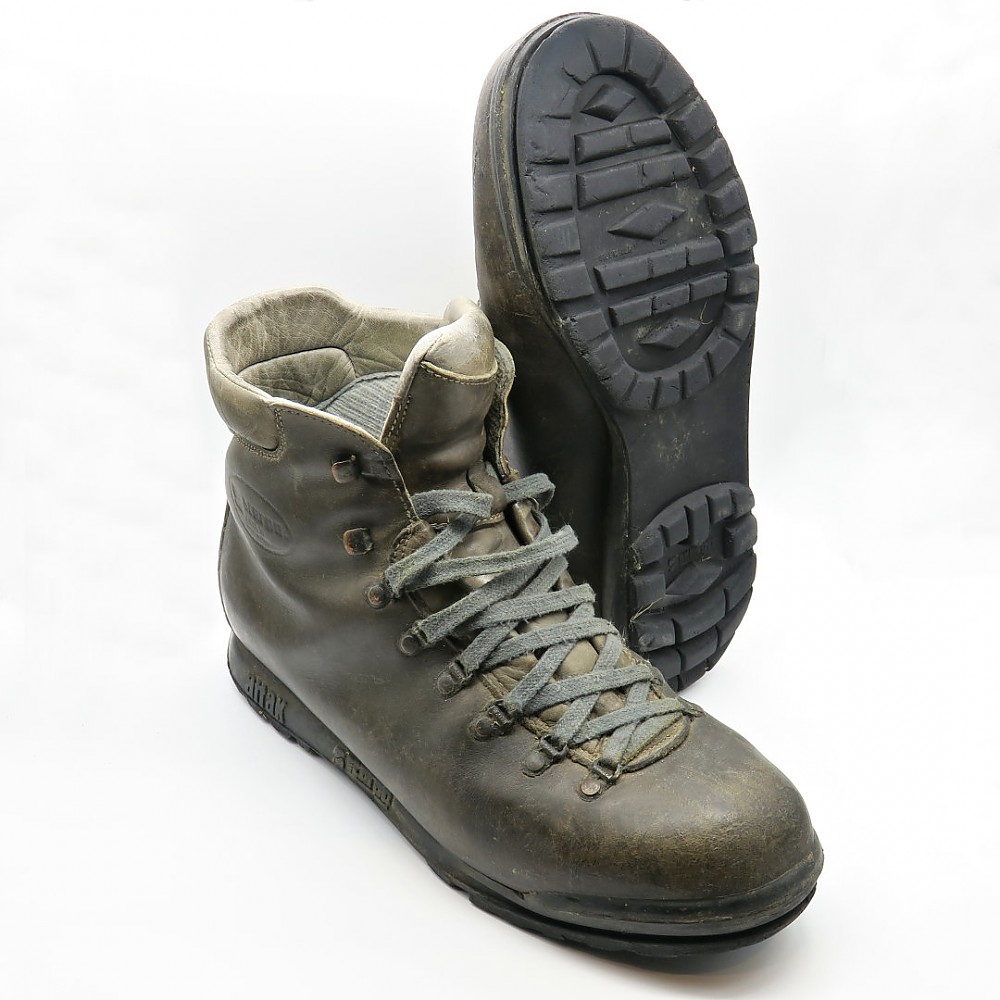 Comfortable from the very first use; very sturdy and brilliantly reliable. Still going strong after almost 30 years of heavy use. If you want to keep your feet dry and protect your feet and ankles even in harsh conditions, then these are the boots for you!

Bought in the early 1990's while studying Geology, which saw me taking many protracted trips to the assorted mountains of Scotland. My friends mostly had trendy new lightweight Gortex boots (often expensive and all from reputable manufacturers) which rarely lasted more than a year under the same usage. I used these heavily from day one without wearing them in and have not ever had a single blister or suffered from any sort of rubbing.

I was always careful to dry and reproof the boots (using Nikwax Waterproofing Wax for Leather) after the longer trips.  Because many of my trips involved peat bogs, I bought Berghaus Yeti Attack Gaiters which fit the boots perfectly and added additional protection. Indeed, my thesis involved six weeks in a tent within the mountains of Mull, using these boots and gaiters every day for 12+ hours a day... never a problem, never a wet foot!

Degree out of the way, the boots have continued to be used heavily during "adventure activities" trips to Scotland, Wales, the Pyrenees, plus regular use at home on Dartmoor.

In almost 30 years of use I have had to replace the laces once (and have had the Berghaus gaiters re-randed), but otherwise the boots remain superb to use and have suffered no faults. Because I don't want to have to replace them, I do now take more care over cleaning after use. When re-proofing, I leave the boots in the airing cupboard (or outside in the sun, if warm) to help the wax soak into the leather.

I do worry that after so long, the soles look worn down and much less grippy, but this has not impacted their performance.

Brought up on Dartmoor, I have spent much of my life walking and climbing in the hills, mountains and everything wet in-between!

Owned the boots from new in about 1992. They have always been used heavily, often for multiple days on end and occasionally for multiple week expeditions. The longevity of these boots is such that I have not needed something similar, although I do always have a pair of Salomon or Merrell lighter weight 'walking boots', most routinely used on trips to South Africa.

Great review even if it is for vintage boots. Much like the life of my Vasque Venturers which I bought in the 70s from Holubar. Those for 30 yrs boots as well.

Nice review of your long-lasting boots, Dominic! Thanks for taking the time to share it. I hope you'll consider reviewing more of your gear.