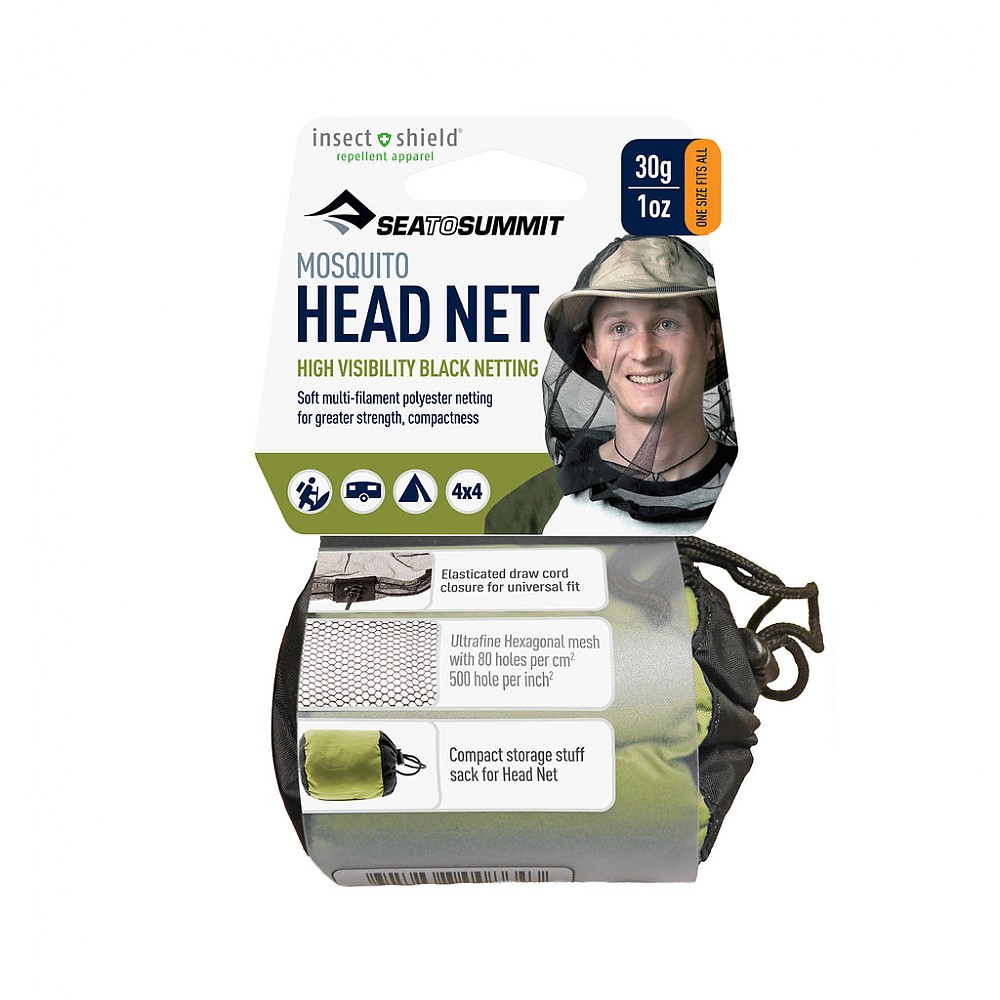 Large enough to fit over a hat. Small and light enough to carry anywhere. Keeps mosquitoes at bay.

I have been carrying the Sea to Summit Mosquito Head Net in my backpack for years. I got it as a gift and being so small and light I just stashed it in a ditty bag along with my headlamp and a few other items which I would use occasionally on backpack trips.

Up until this summer's PCT section hike from Tahoe to Yosemite I had never needed to use it even in Alaska and the Yukon. While reducing my gear weight before the trip I almost didn't take the head net, then I thought that because of the huge winter that we had in the Sierra I should stay on the side of caution and bring it along. At 1.3 ounces it wasn't going to add much weight to my pack.

Constructed of 500 holes per inch black multifilament polyester, the headnet is large enough to fit over a full brimmed hat and long enough to drape onto my shoulders. A drawstring on the bottom is used to regulate the size of the opening. It even comes with its own small storage bag. 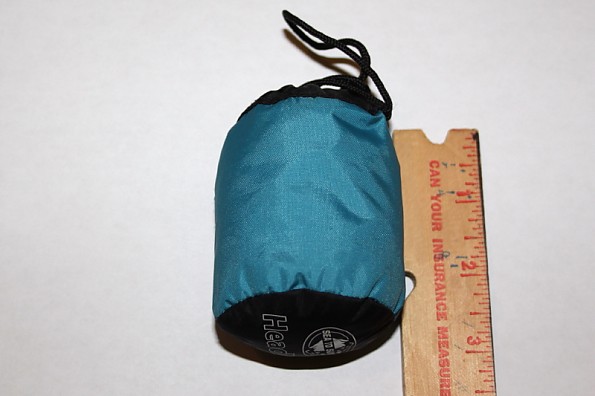 The Sierra in August this year was more akin to June because we had received over 200% of normal snowfall over the winter. It took forever for the snow to melt and even in August, we crossed many snowfields on our trip. I had read trail reports that the mosquitos were out in force in some areas of the Sierra.

For the first 11 days, mosquito activity was either nonexistent or there were only a few. That was going to change in a flash. As we entered Yosemite National Park from its northern border all I could think of was relaxing at Dorothy Lake. As we came over a rise there she was in all her glory, large and shimmering in the afternoon sun. We immediately picked out a tent site near the north end of the lake near a sandy beach and set up the tent.

Within minutes we were under attack by hundreds of bloodthirsty mosquitoes. I immediately ripped open my pack and donned my Sea to Summit head net over my Tilley hat. I don't remember when I had been so happy to have such a little item that gave me so much relief.

Having grown up in the Hudson Valley of New York I despise mosquitoes and they have a tendency to make me a little bit crazy. Even with the head net, we moved our tent twice before finding a small hill at the south end of the lake where the thirsty hoards weren't quite as bad.

In this picture, I am getting ready to cook dinner. 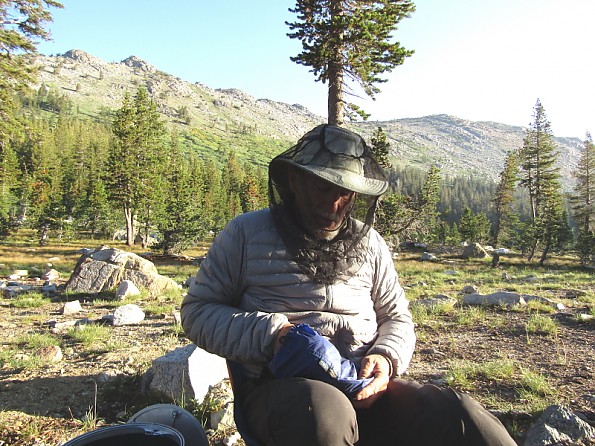 Thank goodness I had brought along the headnet as it allowed me to cook dinner and breakfast outside of the tent, we ended eating both in our tent. The next morning the headnet was back in place as we packed up and headed down the trail, around midday I was finally able to remove the headnet and oddly I never needed it for the rest of the trip.

Just as I always pack a few items in case of an emergency I will always be including my Sea to Summit head net, for me, it's a lifesaver. Best of all it costs less than $10.

Yes! One of our "in case of" items that we will always carry and are soooo satisfied about when we need them. I have a similar photo of myself making breakfast :)

Arine, it would be great to read a review from you of your head net!