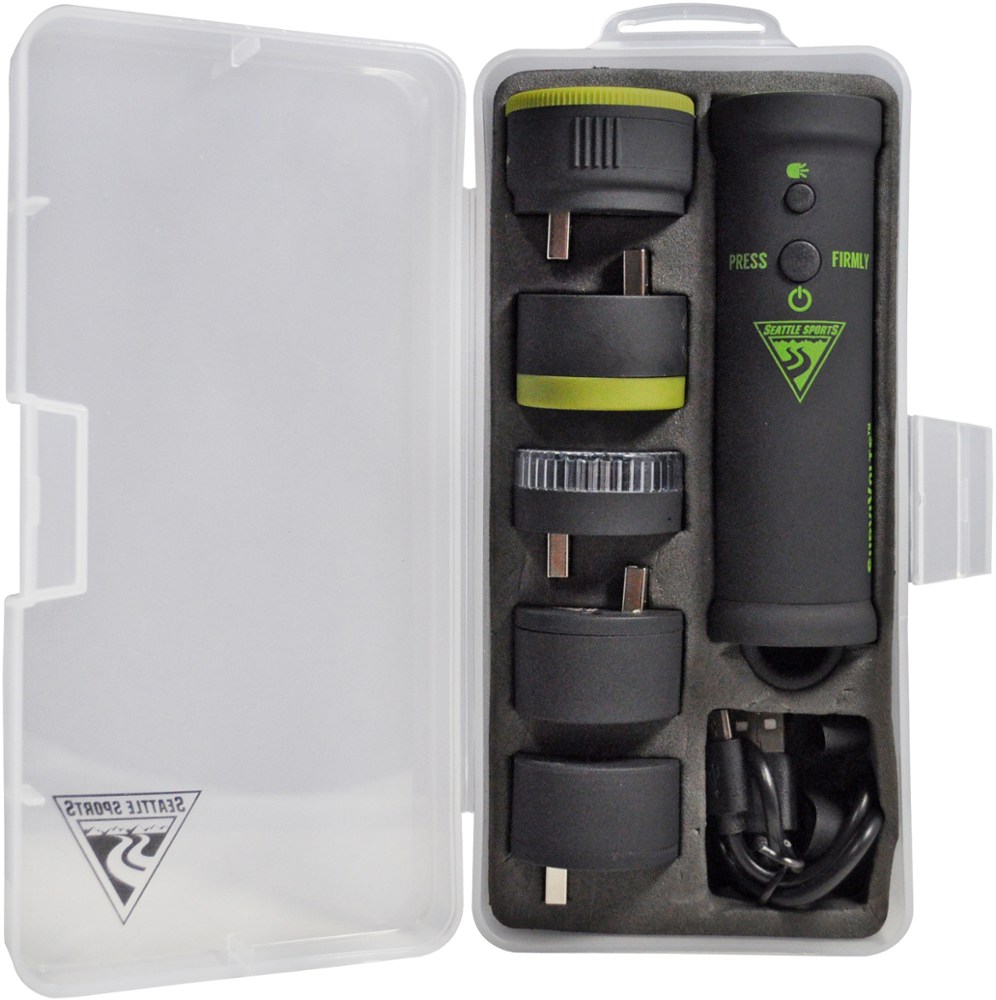 The power bank, 5000 mAh capacity, can recharge a cell phone or power an included set of components useful for lighting or emergency signaling especially. It is compact and portable, although not ultralight.

My initial impression is quite favorable. The basic power bank seems to be a 26850 lithium-ion battery with an integral small flashlight, potentially quite useful if you ever need to assemble the other components in the dark. Four blue LEDs indicate the charge status.

Other components are: a siren, fire starter, flashlight, lantern/SOS flasher, and red laser. These all plug into a USB outlet on the power bank which is adjacent to a mini-USB receptacle on the port which recharges the power bank. A sturdy power cord is provided for this purpose.

With my phone, a Samsung Galaxy 6, I can use the same cord to recharge the phone by simply reversing it on the power bank, thereby not having to carry another cord. I recharged a 50% phone quite readily, but the power indicator went from four lights to one in the process—not sure I could fully charge a dead phone.

The 130 lumen flashlight is satisfactory, with an evenly lit field with sharply defined margins. The lantern has a broader field which is not so uniformly lit. The SOS flasher works, but who comprehends SOS these days? The red laser is vivid, a dandy pointer, and the electronic siren is loud and attention getting.

The power bank and components are carried in a sturdy plastic case, which is not excessively heavy, although I am not sure I would include it on a normal backpacking trip. Be sure and read the instructions and familiarize yourself with the various items. This is not something to put away in a drawer, but an item to be used routinely and well.

Thanks for the helpful review, hikermor. Do you have any pictures of this unit for others to see?