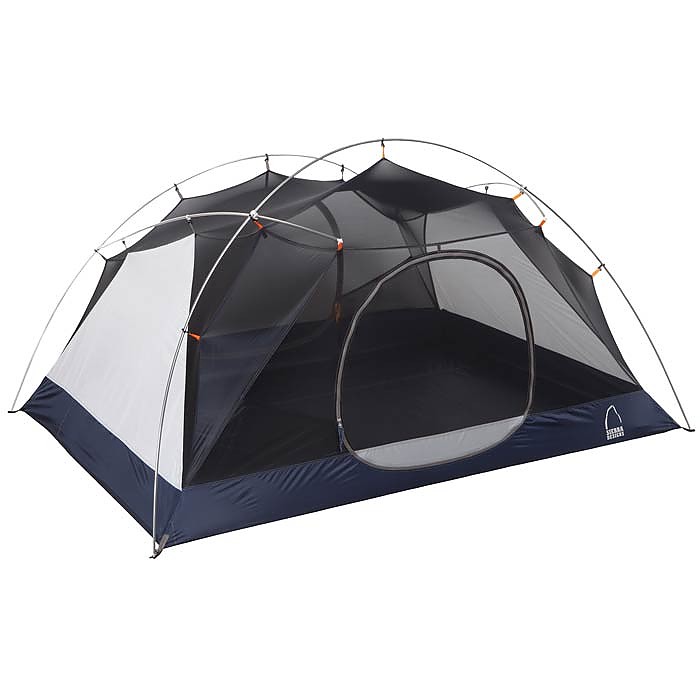 Amazing tent for a combination of backpacking and car-camping! Super easy to set up, can be done with one person in only a couple of minutes.

This tent provides more than enough space for my partner and I and all our gear!

When we're backpacking the weight isn't an issue and the setup is a breeze!

This is probably the most waterproof tent I've ever used. We've been caught in storms (downpour and wind!) and the tent stayed completely dry despite bending somewhat under the intense wind (tent was perfectly fine after). We've also had water accumulate under the tent, and none of it has leaked or seeped in!

Condensation can be a bit of an issue but I think I'll take that over rain penetration.

The design of the poles and attachments is fantastic and makes the setup as easy as it is!

i love this tent. light weight well thought of design vestibules very user friendly. it needs a couple of looks put on the front door so i can use door as awning with trekking poles but other than that its great.

I recently purchased this tent for a 7 day hiking trip to Gros Morne National Park. Me and my partner slept in the tent for 6 nights so far, 5 of which were on the Long Range Traverse (look it up! I highly recommend it!). The temperatures during the trip ranged from 25C to 3C.

The main criteria for the tent were: relatively light, waterproof, roomy, and cost.

For the price this tent was great! Having recently finished University, and funds low cost was a primary concern and this tent seemed to be a good fit. I've only had a few issues with it and most of them have been corrected.

At six pounds it's not the lightest two person tent available but we found the weight to be a non issue.

During the warmer temperatures condensation was a bit of a problem. Being a full mesh canopy it actually vented very little and it got a little stuffy even with the rainfly vent. When it got cooler condensation wasn't an issue - although the stiff breeze helped with venting as well.

The tent features 4 guy out points which were sufficient for the conditions but a few extra would have been nice to keep the rainfly off the tent canopy.

Speaking of rain - the tent held up quite well when mother nature treated us to 14 hours worth of rain. We stayed mostly dry. I say mostly because the tent floor WILL leak in the corners where the webbing is attached. Don't do what I did and forget to seam seal these locations before you head out. You may also want to seam seal the seams around the window because they are not taped from the factory and rain will seep through and drip onto packs and whatever else you have stored under the vestibule.

Other than those two minor leaks (which have since been fixed) we stayed dry as a bone during the rather wet trip. However, all of our sites featured wooden decks/platforms that we could pitch out tent on which definitely aided in drainage around the tent. Another test with the tent on wet ground should give a true rating of the floors waterproofness.

The final nights of our trip were a little windy with wind speeds of about 20KPH and gusting to 25-30KPH. The tent held up great with only the four guylines and two vestibules staked out (being on a platform doesn't allow you to stake the tent down). On one of the nights I didn't use the guy lines and a gust deflected the tent about six inches inward. Enough to knock a book from the optional gear loft right on my crotch (NOT a nice feeling). From then on I used the guy lines and never had a problem.

Overall I'm happy with the performance of the tent (other than the condensation issues) and would recommend it to any casual hiker or someone on a budget.