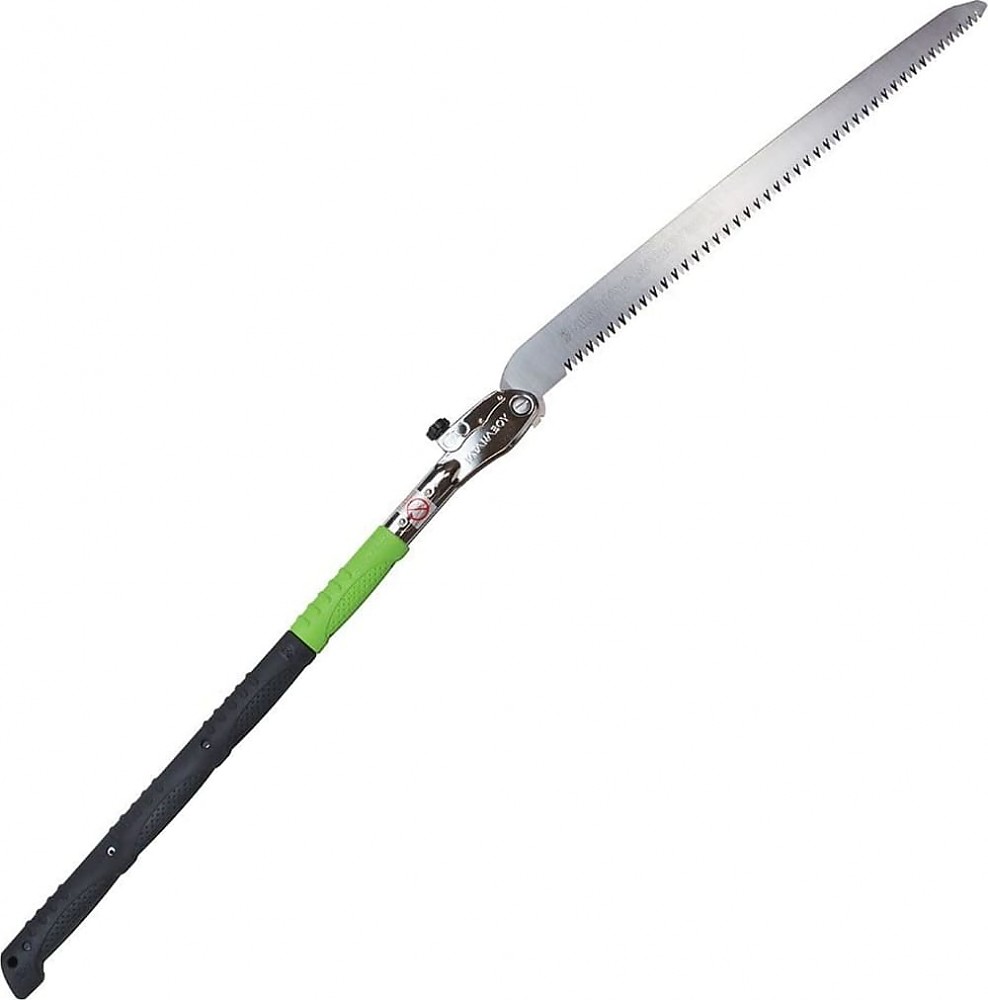 In the family of folding saws, Silky plays the role of the teched-up young prodigal son—and the Katanaboy is his hulking, gym-rat persona.

After seeing a few recent reviews of other Silky blades, I thought I should toss in my experience with something a little more sizable. I was working on a trail crew in the PNW and the crew leader brought along his personal blade, along with all the tools supplied by the volunteer organization. I was tasked with building some new steps in a particularly eroded section, and we needed a few logs.

The crew leader and I hiked downhill for a minute to some downed timber and he whipped out this amazing blade. A few minutes later, we had three six-foot-long sections of log, twelve inches in diameter. It took five times longer to move each log than it did to cut all of them. This was a serious cutting tool!

The crew leader was called away to check on some other folks, and I was left to cut the logs to size, having been cautioned that the blade was perhaps less robust than I was used to dealing with. No worries. A long handle and super sharp teeth made cutting the logs down perhaps the most pleasurable part of the work party.

Looking at Silky's site now, I am a little shocked that the crew leader entrusted the blade to me, an unknown. It's listed at MSRP $260! I don't reckon this big boy would be the go-to for hikers, but for serious trail work it's absolutely the business.

Four teeth per inch for super-fast cutting on an almost-20 inch blade. Folded length 26 inches, and listed as 2 pounds, which feels about right.  Sheath available.