A pillow that is worth the price and not much else. Its best feature is its quietness. This is a prime example of getting what you pay for.

I originally purchased this as a last minute addition to my pack prior to a mid-summer three-day trip when the weather was forecasted to be very hot and very humid (>90F with 80-90% humidity). Before that trip I typically just bundled up a fleece layer I had to use as a pillow. Because of the forecast on this trip, I knew a fleece layer wasn't needed and so I thought this inexpensive camp pillow was a good idea. 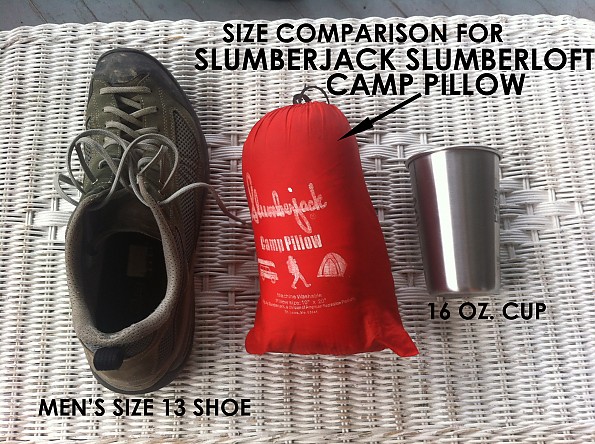 For the first few times I used the pillow it was a good addition to my pack. It weighs close to half a pound with the stuff sack. Although the cotton flannel fabric is hot against the face especially during the warmer months, the pillow remained comfortable and allowed me to get a good night's rest. By the 4th or 5th time I used the pillow though, I could begin noticing serious signs of wear. The stitching was already coming undone and it was beginning to lose its loft.

It's now been a few years since I purchased the pillow and I still use it on rare occasions. Because of the loss of loft, I now have to fold the pillow in half to create more height, then wrap it with a fleece layer or camp towel to get it to the loft I need. 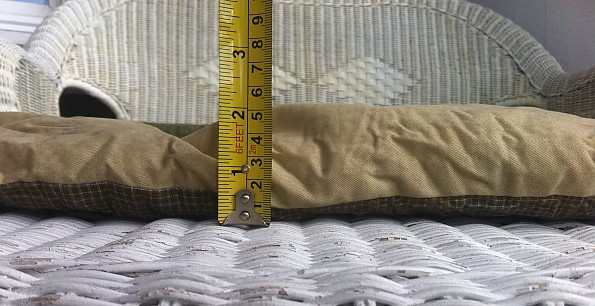 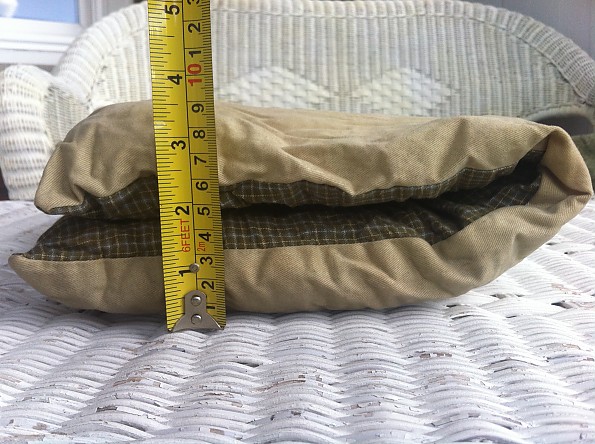 Instead of taking it back to the store, I knew I could do some fixing to this inexpensive pillow and get it to where I want it. The poor stitching issue was easy enough to fix with some reinforcements via the sewing machine.

This winter I'll likely rip out my reinforcement stitches and refill the pillow myself, then stitch it back up, getting it back to the loft I desire. 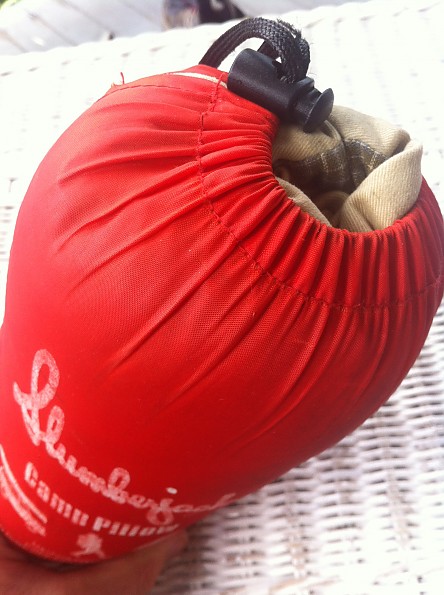 In the end, it's not a great pillow. But I never expected it to be for the price I paid for it. It is an upgrade from the bundled up fleece jacket I once used, but that's about it. After some alterations, I'll have the pillow I need for a good night's rest while camping. If you aren't into doing alterations on your gear (ie: refilling the pillow and/or reinforcing the stitching), then I wouldn't recommend this pillow. Otherwise, it's good price to pay for a serviceable pillow. 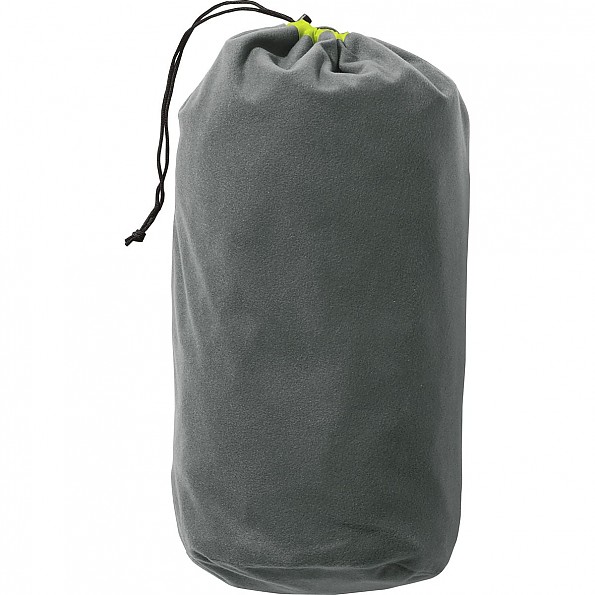