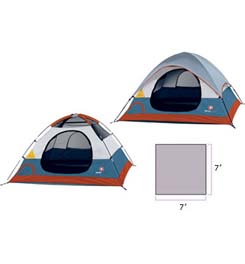 Took the tent to a 4 day festival. Spent 4 nights in it.

The Good:
-Shoe pocket for muddy shoes
-Decent ventilation when staked out properly
-After seam sealing the tent thoroughly it kept out a heavy rain

The Bad:
-Multiple "poor design" elements(e.g. using multiple color panels increased the amount of stitching that needed to be seam sealed, exposed zipper not covered by fly material)
-Floor material and coating NOT an adequate water barrier on its own
-Probably could have used a heavier coating on the fly and walls too
-Several of the seams not covered by the rain fly were not factory taped, would have been nice if they had
-Stakes that came with the tent were small, the two plastic stakes for the fly broke easily
-Says sleeps 3, more like 2


The Ugly:
-Set up new tent twice before using to seam seal. Pole snapped and split at after 2 days of camping, had to MacGyver it with duct tape
-Zipper began failing during first outdoor use
-Took 2 days to seam seal the tent. Will not do that again
-The sewing around the major stress points was less than impressive. Didn't appear that they would stand up to more than a few uses at best

The Verdict:
Wouldn't even recommend this tent for backyard camping unless you get it really cheap, like for 10 bucks. Too many deal breakers, too many seams to seal, poor quality components and stitching. Zipper failure is the worst. This tent is great, FOR ME TO POOP ON!!! 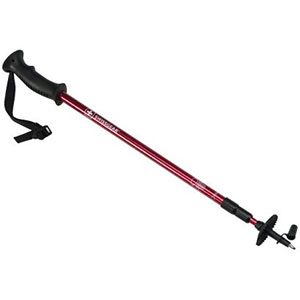