The Kitchatna Parka has been discontinued. If you're looking for something new, check out the best waterproof jackets for 2021.

Nice coat. Light and sturdy. Works great as a multi-season hiking and mountaineering jacket as well as a fantastic ski jacket (very light and inner powder skirt) I really like the cuffs and the fit of the sleeves. This coat is over priced, but North Face has an industry leading warranty that gives their garments life long utility. This is a good buy if you will use it for more than a few years. The Kitchatna jacket is breathable. It still gets a bit wet on the inside, but it also dries very, very quickly. You have to wear this coat to appreciate the feel. Like most North Face shells, this badboy will keep you warm with the proper layering. If you don't get sticker shock this jacket is a 'buy' for serious winter sports people.

I returned the Patagonia Storm jacket several months ago for good reasons.... Although one of the nicer looking coats out there, The Storm isn't for outdoor use.... Didn't breath well and didn't keep out the wet. A couple of other reviewers (the later ones) have said it all about the Storm. A severe disappointment. Fortuately, Patagonia has a generous return policy and after several months of only very light use and building dissatisfaction my supplier gave me a refund with no complaints. What makes me wonder as the buyer at the store also wondered Did Patagonia Change the fabric on this coat.... as the performance seems to be radically different than what older models of the coat claim. I hope Patagonia rectifies this and somehow develops a better breathable waterproof coat than this one coat misnamed a STORM coat. (the best it ever did was keep me dry in mildly slushy snowfall for fifteen minutes...before it began leaking through... and also it didn't dry fast either....)

The North Face Katchatna was a great improvement. Although I am not secure in believing Goretex is superior, this coat is truly an outdoor coat good for at least a day or two of wet weather...unlike the Patagonia 15 minute Storm Parka.

And I was very lucky to find the Katchatna for about 160 dollars as it probably is discontinued.... and Eastern Mountain Sports occasionally has some incredibly good buys...(this coat has a suggested retail price of close to 400 dollars)...

I love the Pit zips on the Katchatna...which the Patagonia lacked. And much more interior storage pockets for odds and ends including even a largeish Short wave radio I carried along. Even though the Katchatna is a heavy shell (more for winter), at about 2 and a half pounds, its pockets were usefull in carrying odds and ends thus keeping 'em out of the pack.. which in the long run saved weight on my back.

Also, the North face packs more tightly than the Storm... which was fairly useless for backpacking. The only downside is the Large North Face Logo on front and back... I hate being a walking billboard... and I notice that newer models of The North Face are taking Patagonia's cue in making a more appealing, less obnoxious logo for their clothing.

North Face is living so far up to their reputation as a reliable maker of outdoor clothing and gear.

Excellent jacket! I'm stuck in one of the coldest and dampest places in the world - the west coast of Norway - and this jacket keeps me dry all year round. It's got 5 zip-pockets and 2 more for water bottles, a swivel-hood and pit-zips. Got mine for $350 USD. Go out and buy one!

Absolutely the best mountainering jacket I have ever used. The fit, the feel, every thing is dead on. It is the best and the rest just can't stand the test. 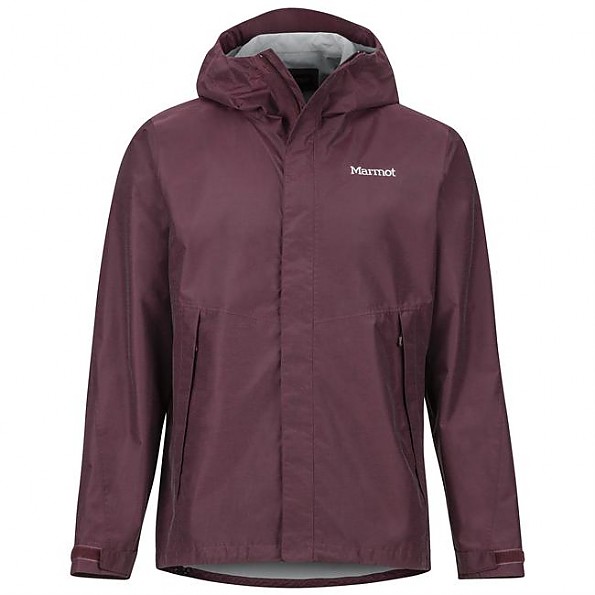