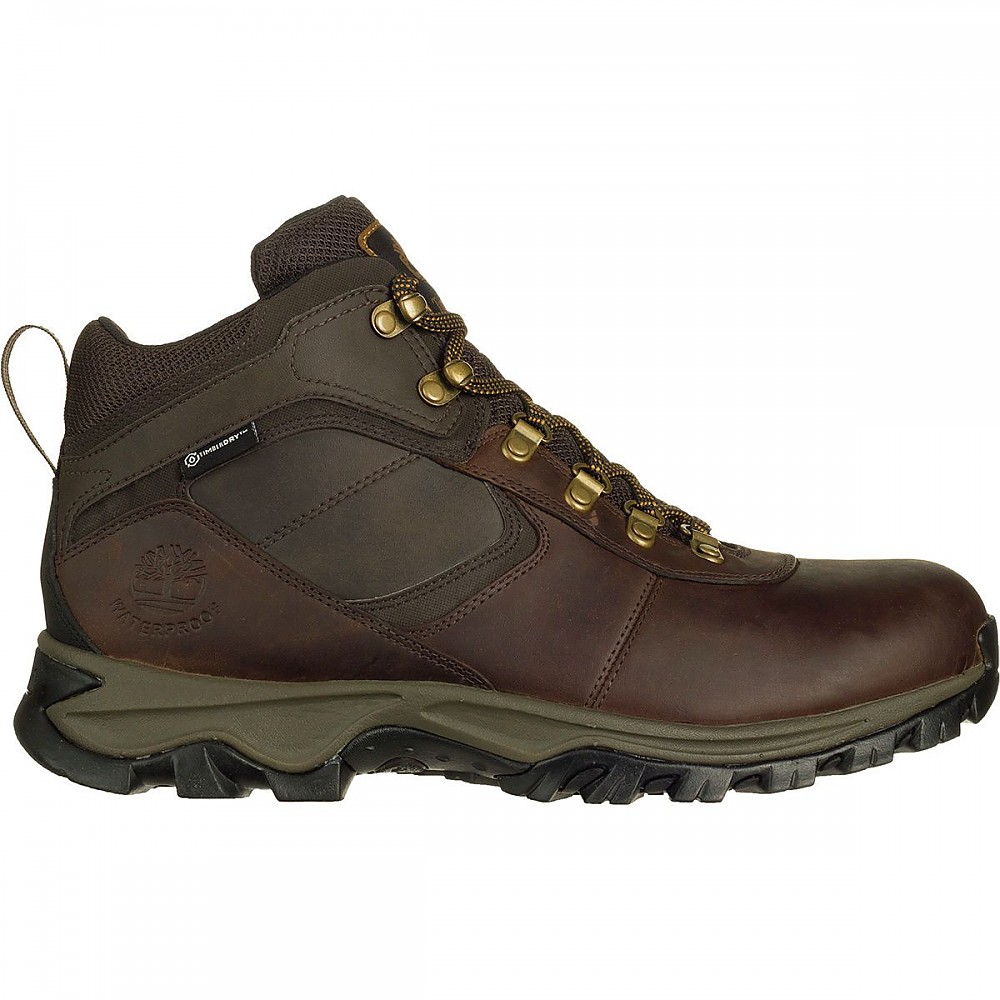 Poor quality, not waterproof, and not made for rugged terrain. Very poor tread and grip/traction.

Two years ago, I bought Timberland Earthkeeper Mt Maddsen boots (size 10) to replace my 20+ year old Coleman Dry boots (bought at a Meijer's in Michigan for $40).  The Colemans had seen plenty of hikes on three continents, perhaps a few thousand miles in four seasons, and are still comfortable and dry and actually still have decent tread left!

I didn't expect the Timberland to match their quality given unfortunate general entropy (degradation) of all products being made these days. However, I didn't expect that within one summer my Timberlands would have crushed, slightly deformed soles, and poor workmanship with the front toe guards coming off. Now after two years of frequent use (and most of their miles on asphalt) I will have to buy something else.

They are not waterproof, had horrible tread grip from day one, and overall very poor quality. I'm not sure if I got a total lemon but comparing them to my Colemans it is apparent just how poor they are. They look much more beat-up and older than my Coleman boots after only two years.

Pressed to give some "pros" — out of the box I found they didn't need a break-in period and were initially fairly comfortable and gave fair (NOT stellar) ankle support. Temperature control was also very good. With decent socks they were good in the winter and not too hot in the summer. I have to emphasize that they weren't waterproof in slush, let alone crossing creeks.

All this being said, I will never buy any Timberlands in the future.