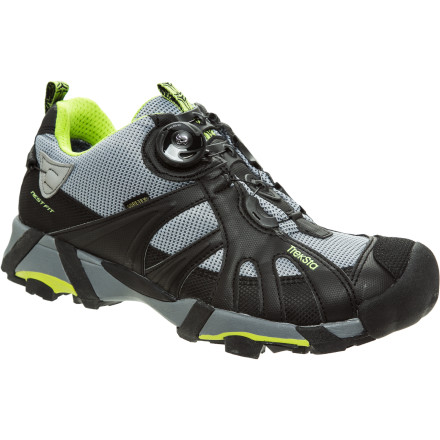 I am a 30-years-old woman, and I live in California. This is my first time trying Treksta shoes, and I am so impressed by its quality and comfort! This was definitely eye opening experience for me. Boa system is great and the fit of the shoes is perfect.

I’m a 37-yr-old trail runner who runs two to three times a week in Maine. My goal was to find a winter trail running shoe that was light, warm and performed well on ice. This year my primary trail runners are a pair of Montrail Streaks and will serve as the basis for my comparison

Upon initial inspection, the Kobra is a durable, well-built shoe. The Boa lacing system provides both a snug fit and a novelty that is impressive to the runner and the casual observer alike. Being wrapped in Gore-Tex provided the much desired warmth I was looking for in a winter run. As a means of comparison, I took my Montrail's out after a 6” snowstorm and went for a run. I had noticeable discomfort for the first mile in my three season runners, due to temperature. As the run went on, the blood finally kept my feet warm, but there was no room for stopping.

In contrast, the Kobra was warm from the second I put them on until I took them off. More importantly, my feet were largely dry from snow melt. During my first run in the Kobra the greatest difference I felt was the weight. Being used to the Montrails, the weight of the Kobra was significantly greater. However, a lot of this was expected due to fabric differences. The upside is that when I switched back to the Montrail’s during a brief thaw, I was blown away by how much faster and lighter the run felt. For me, the weight of the Kobra’s became a benefit to increase the winter workout.

Finally the Kobra’s traction: Initially the Treksta Kobra was appealing to me because of its “IceLock” technology. Indeed, the product description praises it as “a patent-pending technology that dramatically increases traction on ice.” Interestingly, I have taken the Kobra out for over a month now during a standard Maine winter with varying temperatures and this claim is at best exaggerated and (depending on condition and temperature) patently false. Sadly, had the IceLock not been billed as such a dramatic increase in traction, I would have been fairly pleased with the product.

For the price, the Kobra is a fine shoe that is built for some serious abuse and while it is weighty, it provides good warmth and comfort (just note to buy a half size larger than you are accustomed to). 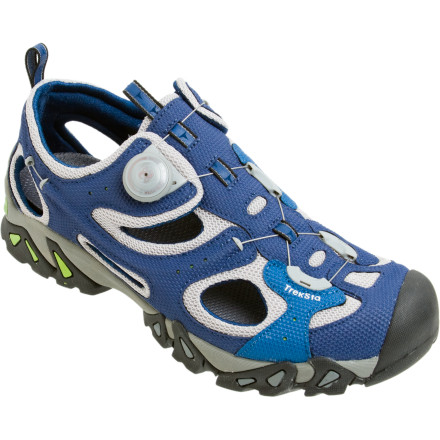