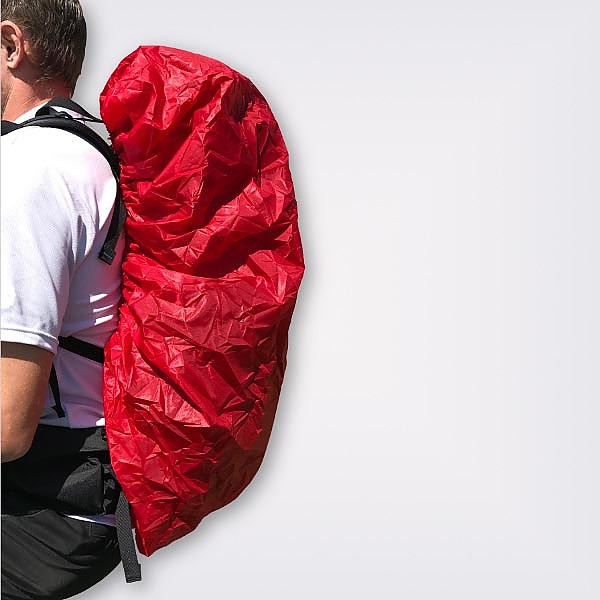 A well-fitting and extremely light pack cover for my favorite pack (ULA Ohm 2.0). It works as well as most pack covers keeping rain off your gear, but not as well as a pack liner. A lack of durability in the stitching and slight issues with pooling at the bottom in heavy wind and rain (like many pack covers) make this an average purchase for me and only used in combination with a pack liner for really wet trips when I have stuff on the outside I would prefer to be dry. 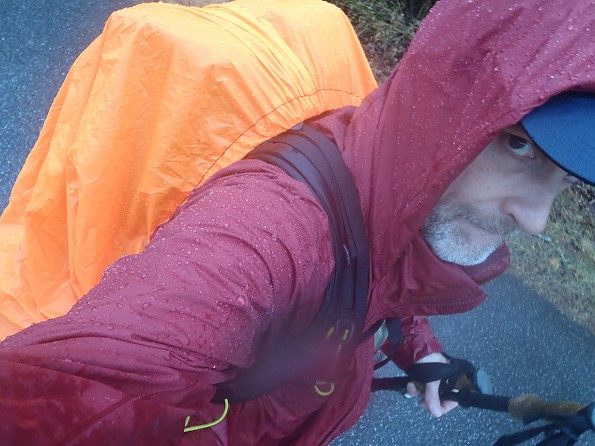 While I always carry a pack liner, I sometimes add a pack cover for really rainy trips as it just makes things easier to have a double layer of protection as well as keep the stuff on the outside of the pack drier. Since I usually use my ULA Ohm 2.0 for most trips, except deep winter, I figured the ULA Equipment Pack Cover would be a perfect match. The fact that it had an option for bright orange was helpful as well since I sometimes hike in hunting season.

Function & Ease of Use

I purchased the ULA Pack Cover in medium size as recommended by ULA for the Ohm 2.0. It fit very well and is as good a fit or better as any pack cover—see the first photo above for the snug fit on the top of the Ohm. It even expands quite well in the winter when I roll an extra sleeping pad on top as seen below. 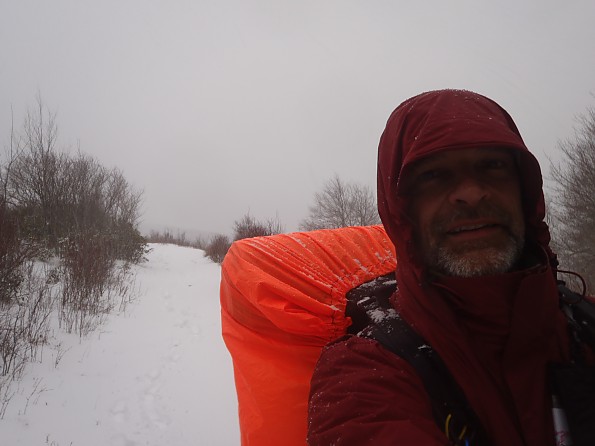 The pack cover slips on easily over the top and then straps quickly over the waist belt with a D-ring and two Velcro connectors that converge at the small of your back. 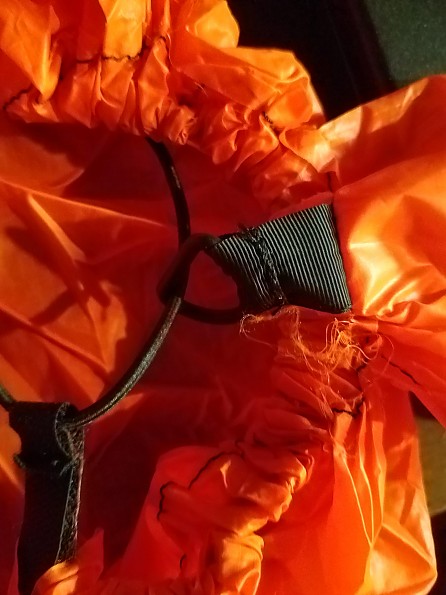 Here it is with the hip belt—the connection on the left is the correct one (I had to rig the right side due to strap issue addressed below). 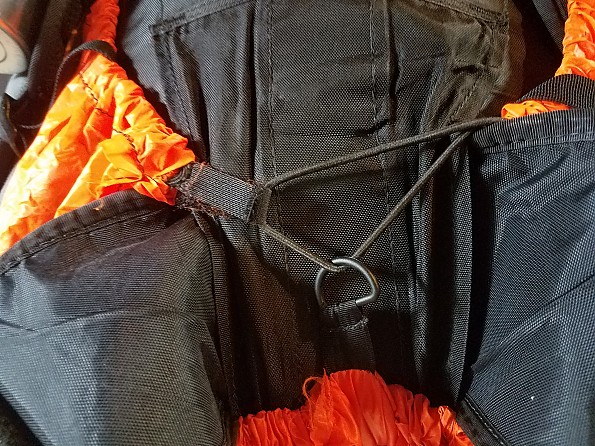 I tried to time myself last rain event, and found that I could take the pack off, put the cover on, and be back under pack in about 30 seconds. Not too bad and allows me to delay the donning of the cover and rain gear until the last possible second to make sure that storm cloud is actually going to hit or pass by...this was one of those indecisive days. 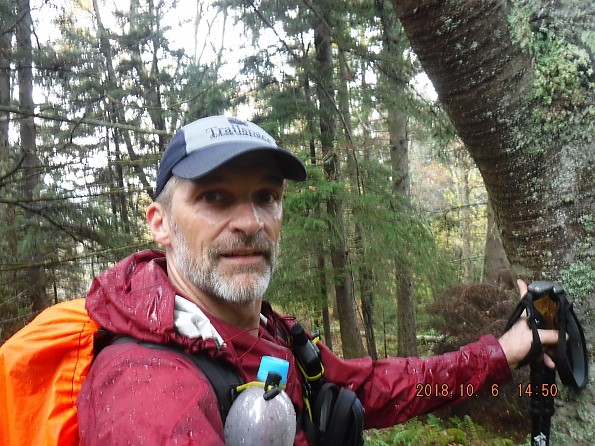 Even on lighter rain days it was so easy to slip over the pack I found myself using it more than not when I carried it—especially across Scotland for those all-day off-and-on rains. 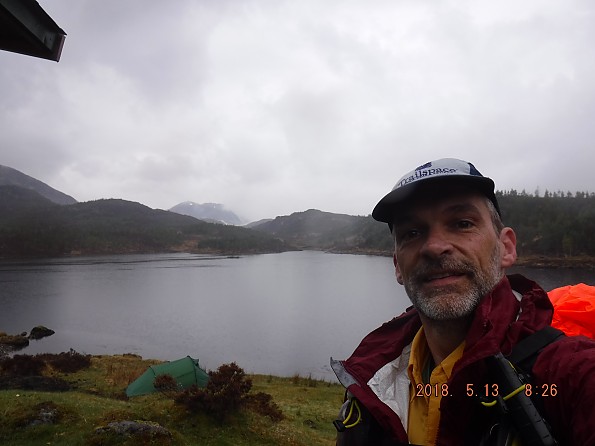 When I got a brief spot of sun and wind, such as this lunch stop, the ULA Pack Cover dried quickly in the sun or light breeze. 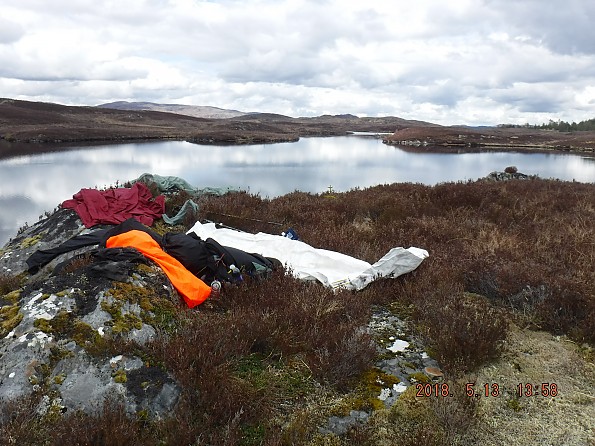 The only function problem I had was some pooling of rain at the bottom in an all day (actually two day) event that may have been the result of the wind whipping rain in from the side. 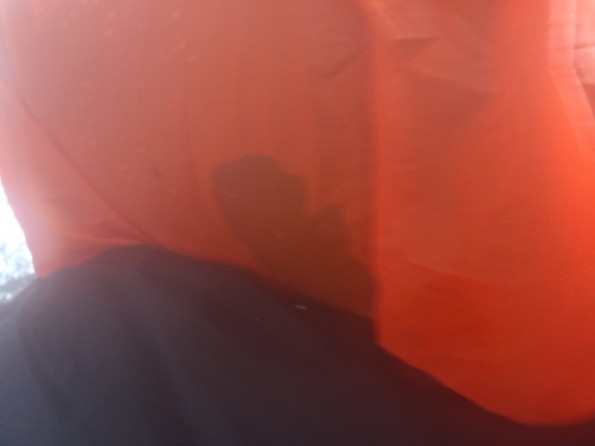 I guess a small grommet or other drain hole would solve this, but then putting the pack down on a soaking wet day would allow water into the bottom anyway. This issue did not occur on all trips, just the really windy one with two days of mostly rain. Either way, with a pack liner inside it's nice to have a second layer of defense as I didn't notice it until I had set the pack down in the "puddle" and only dampened the outside bottom of the pack.

The ULA pack cover is very light at just under 3 ounces. 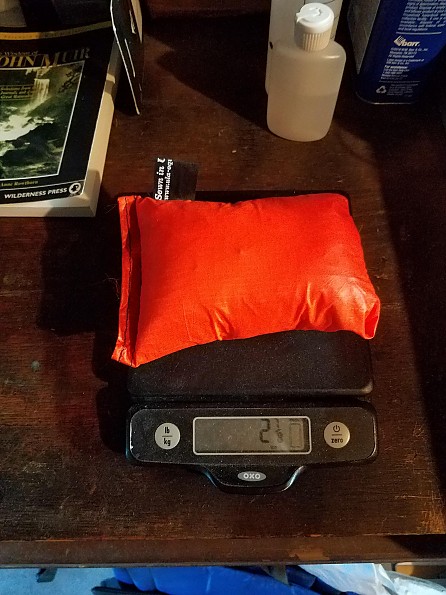 It packs easily into its own pocket that seals with Velcro into a handful size pouch. 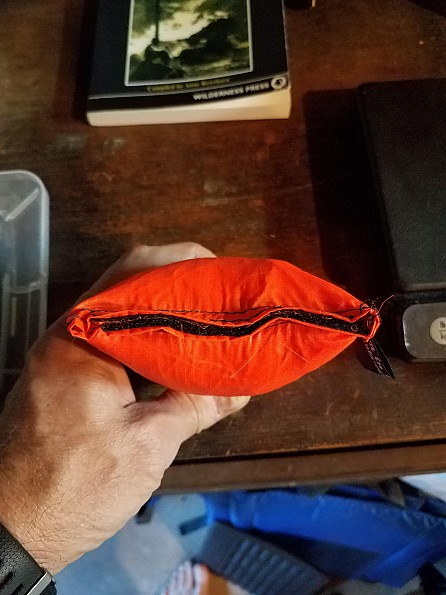 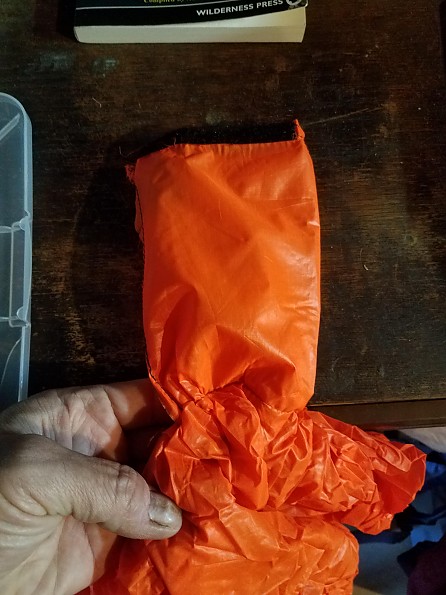 A webbing elastic rim is sealed except for three points at the bottom where two Velcro attachments are placed (on each side) and a D-ring at the bottom to form it around the waist belt. I found it to be very comfortable, even though the D-ring sits at the back of the belt it went unnoticed for many days of walking in rain.

One reason I purchased the ULA cover is that the Ohm is about the toughest pack I have owned and construction is top notch. I found this not to be the case with the pack cover. Within a few trips, one of the Velcro cords separated from the elastic (the good one is shown below). 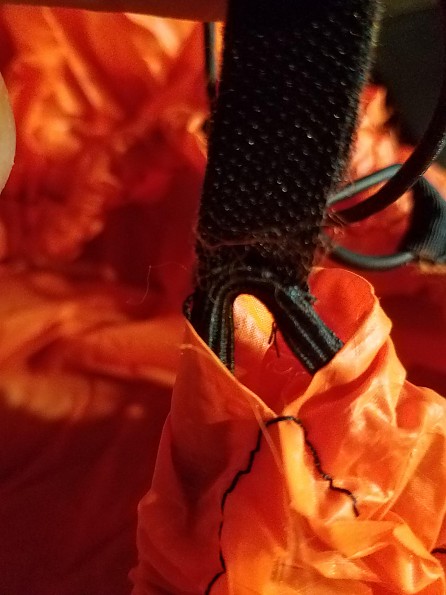 I fixed this by just permanently attaching  the shock cord to the elastic (by cutting it and re-tying), which works fine but does mean you have to feed the waist belt through the loop that has formed. It's no big deal due to the stretch in the shock cord, but is slightly less convenient than attaching the Velcro as designed. 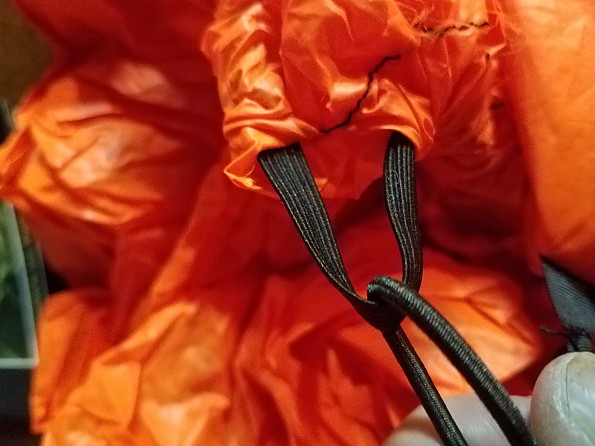 If you want a good fit for your ULA pack then their pack cover may be the way to go. I think a tweak to their Velcro attachment would move this up to excellent on the rating, but I would still carry a pack liner, and often leave any pack cover at home if the weather looks good. 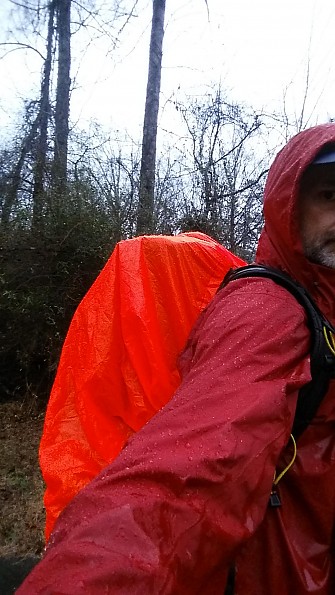 I have used pack covers of many brands since the mid-80s. The last 10 years or so I tend to only carry them on really rainy trips as a supplement to my pack liner when I have more gear on the outside of the pack I want mostly dry, and otherwise rely on a pack liner alone. I have used this pack cover for over 12 months of hiking in all seasons. It accompanied me on a 190-mile walk across windy and rainy Scotland in 2018, and has been on four or five weekend trips with a lot of rain and snow.

Check Price »
Check Availability »
Help support this site by making your next gear purchase through one of the links above. Click a link, buy what you need, and the seller will contribute a portion of the purchase price to support Trailspace's independent gear reviews. 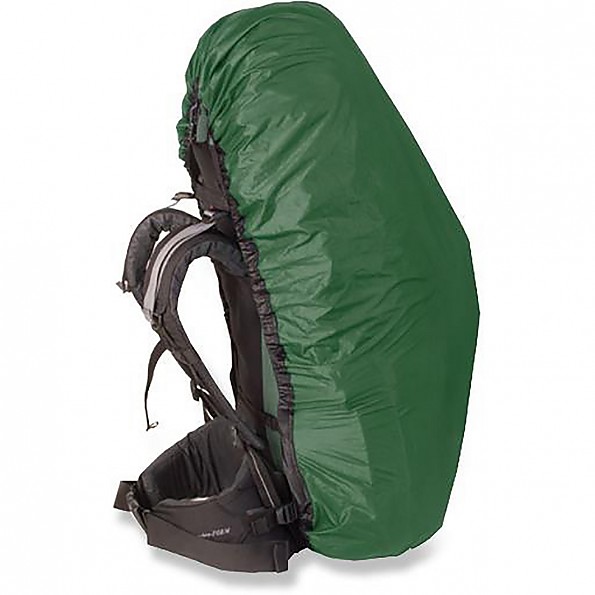 Trailspace's community of gear reviewers has field-tested and rated the top pack covers.