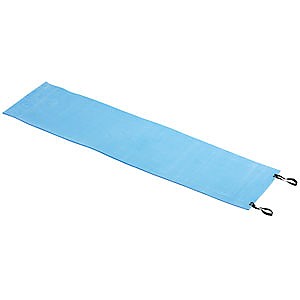 An ultra-light (7oz) , minimalist sleeping pad that surprised me with both its quality and its price ($12).

Anyone seeking to move into ultralight camping or simply lighten their pack load should seriously consider buying this inexpensive little gem of a sleeping pad. If after spending $12-$14 you don't like it, you won't feel buyer's remorse.

First off, I would have never bought one of these on my own. Every pad I've ever used says "Therm A Rest" on it. When my son won one of these in Cub Scouts about a year ago, my first thought was, "Groan...ANOTHER sleeping pad. How many do we need in this family!" Then I threw it into my hammock to try it out—and my son has never seen it since (you can definitely use it on the ground as well—that is what it was designed for).

Because it's wider (24"), it doesn't move around as much (any pad is going to move in a hammock—a little bit of silicon spread along the bottom side reduces this.). Plus it gives you more coverage in your shoulders...a notorious cold spot in hammock hanging.

I later cut it down from a full-size pad to a 3/4 pad (50") and ditched the elastic straps (worthless—stretch out quickly) to reduce weight further. On the ground, I stick my pack under my feet. In the hammock, I put my feet on a stuff sack with a few clothes in it.

I put this on a postal scale at work. My shortened 24" x 50" pad weighs in at 6.9 ounces and costs $12 off the shelf at my local Gander Mountain (It's slightly higher online for some reason.).

At a time when "Ultralight" gear is synonymous with higher prices, this is an overlooked steal of a deal.

Source: received it as a sample, freebie, or prize (My son won it in Cub Scouts)

Hey Goose, any idea of the R value of that pad? 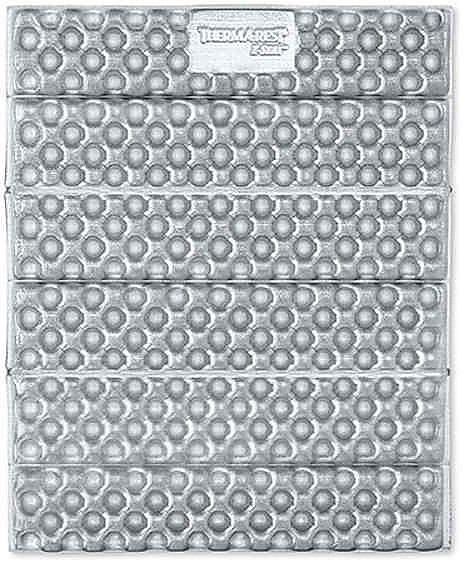 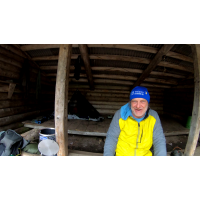