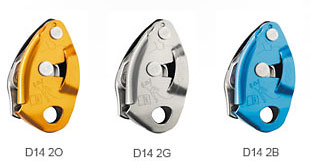 Petzl has discovered that exerting excessive force on the fully extended handle of the GRIGRI 2 can cause internal damage, such that the GRIGRI 2 handle may become stuck in the open position.

When the handle is stuck in this position the assisted braking function is disabled. A damaged GRIGRI 2 in this configuration will function similarly to a manual belay device (e.g. tube style device). 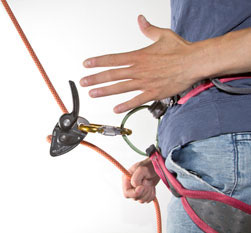 When using a damaged GRIGRI 2 with the handle stuck in the position as shown in Figure 1, failure to control the braking side of the rope will increase the risk of an uncontrolled descent. A GRIGRI 2 with a damaged handle must be immediately retired from service.

It is important to note that failure to control the braking side of the rope is a misuse of the GRIGRI 2 under any circumstance. (See GRIGRI 2 Technical Notice - pdf file, 2,5Mo).

As of June 20, 2011, seven damaged products have been returned to Petzl through our worldwide distribution network. Petzl has no knowledge of any accidents resulting from a damaged GRIGRI 2 handle.

Because the safety of its users is its primary concern, as a measure of precaution Petzl has decided to take the following actions:

Petzl will pay for all shipping costs to complete this replacement.

The previous generation Grigri is not concerned by this recall.

"While the potential risk of damaging the GRIGRI 2’s handle is very small, our total commitment to the safety of our users has led us to make this decision. With the summer climbing season just beginning, Petzl understands that this recall comes at an inconvenient time and we are working hard to ensure that everyone receives their replacement GRIGRI 2 as quickly as possible. Everyone at Petzl is committed to resolving this issue. We thank you for your continued support."

Now THAT is how and when a recall should take place and be handled. Hats off to you, Petzl.