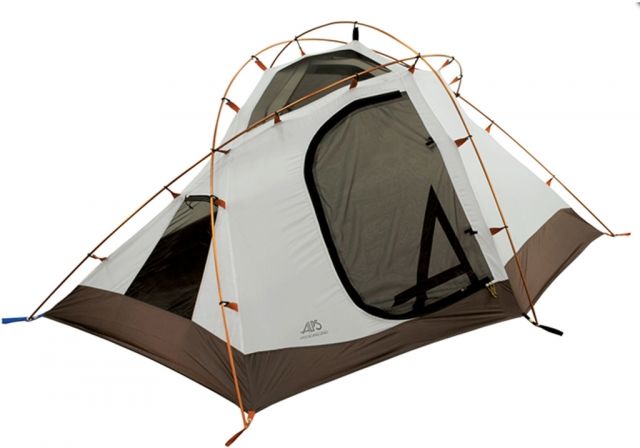 I just got this tent today. It is just the size I thought it would be. If you take out the poles, which easily fit on the side of my pack, you can compress the tent in a compression sack super small. It took two of us about five minutes to set it up the first time. The vestibules were big enough to put a pack on each side or two on one side and use the other for in and out. Although I don't think its really big enough for two people who don't want to get pretty cozy. Overall looks great and I'm happy with the purchase. We will see how it holds up this season.

I just took the tent out. it was just below 40 degrees. It rained all night and I had no condensation problems. A little condensation developed on the clear parts at the head and foot, but not much. I stayed dry the whole night. I put the tent up in the dark by myself and it took maybe ten minutes because of the cold and drizzling rain.

I was very pleased with the tent, the vestibule space was more than expected. You can probably fit two packs in one vestibule.