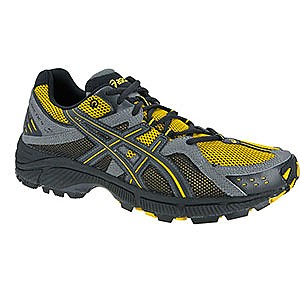 A durable and comfortable studded shoe for running on hard packed snow and not-too-steep ice. The studs are replaceable to extend the useful life of the shoe.

It's not often that I give a 5-star review, but these shoes are doing what they are supposed to do and holding up so well that it's really hard to fault them on anything. They don't seem to be sold in the U.S., but they (or maybe newer variants) are still widely available in Norway.

I got mine about two years ago have tried to keep them on snow and ice and off pavement and rocks as much as possible to keep the studs from wearing out too fast. Nevertheless, after nearly 700 km they had lost a lot of their bite, so I installed new ones and the shoes are as pretty much good as new -- the uppers and soles show few signs of wear and tear, and the gel doesn't seem to have lost its bounce.

According to Strava, I logged 685 km on the old studs, and have just put the first 8.2 on the new ones. 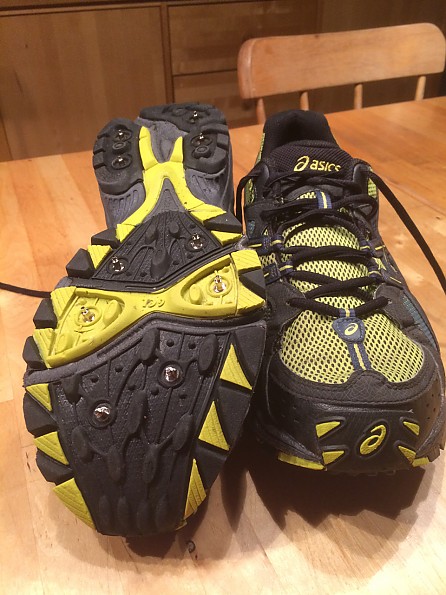 The long life of these shoes may be partly because snow and ice aren't as hard on shoes as rocks and pavement, but my older, similar pair of Asics winter shoes developed cracks across the toe flex in the uppers after an (admittedly) unknown number of kilometers. These ones just keep going!

There are 10 studs on each shoe -- some studded shoes have more, but this is quite adequate for running on hard snow, and I don't think any studded shoe will work well on sloping ice. When things get really bad I wear Microspikes over my shoes for "posi-grip" in all conditions.

The shoes came with a special wrench to remove and install the studs. I misplaced it but with some fiddling I managed to get a grip on them with an adjustable wrench. The studs have a broad, threaded base that screws into metal inserts in the sole of the shoe. As a slight correction to my optimism about wear and tear, the is a partial crack around the perimeter of one of the inserts; we'll see how it develops. 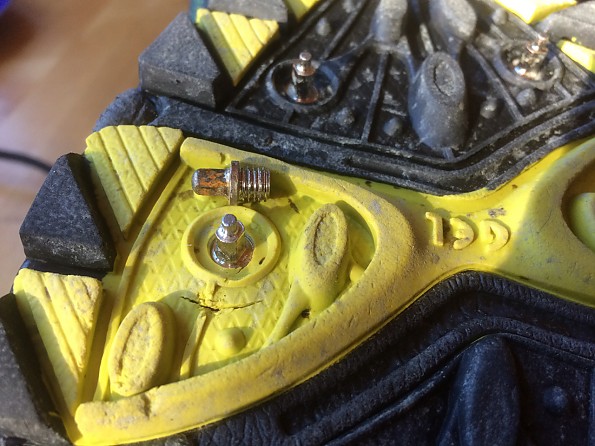 My standard size 46 (11.5 US) fits snugly with room for the toes but no movement in the heel. I have hammer toes which can rub on the uppers resulting in soreness and calluses, but this can happen in almost any shoe; I use second-skin type plasters to keep it under control. So far only one toe on my left foot.

I'm not a fan of Gore-Tex in shoes, but the breathability of GTX is maximized in cold conditions and in winter it is important to keep the splashes and meltwater out as much as possible. I have run quite a bit in wet snow and puddle-dodging conditions, and, short of full immersion, the uppers do seem to help stay dry, but will also build up some condensation inside. There's no perfect answer for that one.

In summer I have been using minimalist shoes for about six years now. I'm no evangelist on the barefoot thing, but they work for me and I like to feel the trail. So switching to a thick-soled gel shoe is a bit like running on sponges for the first few days, but I can adapt.

Asics isn't selling these as a minimalist shoe, so I can't fault them on that point, but if they were to offer a zero-drop, relatively thin-soled version of this shoe, I would be ready to give it a try -- but only after I wear out the current pair. Could be a while. 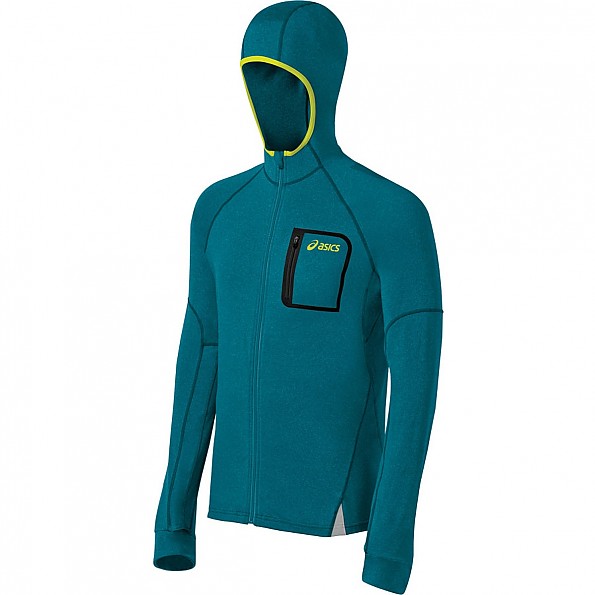