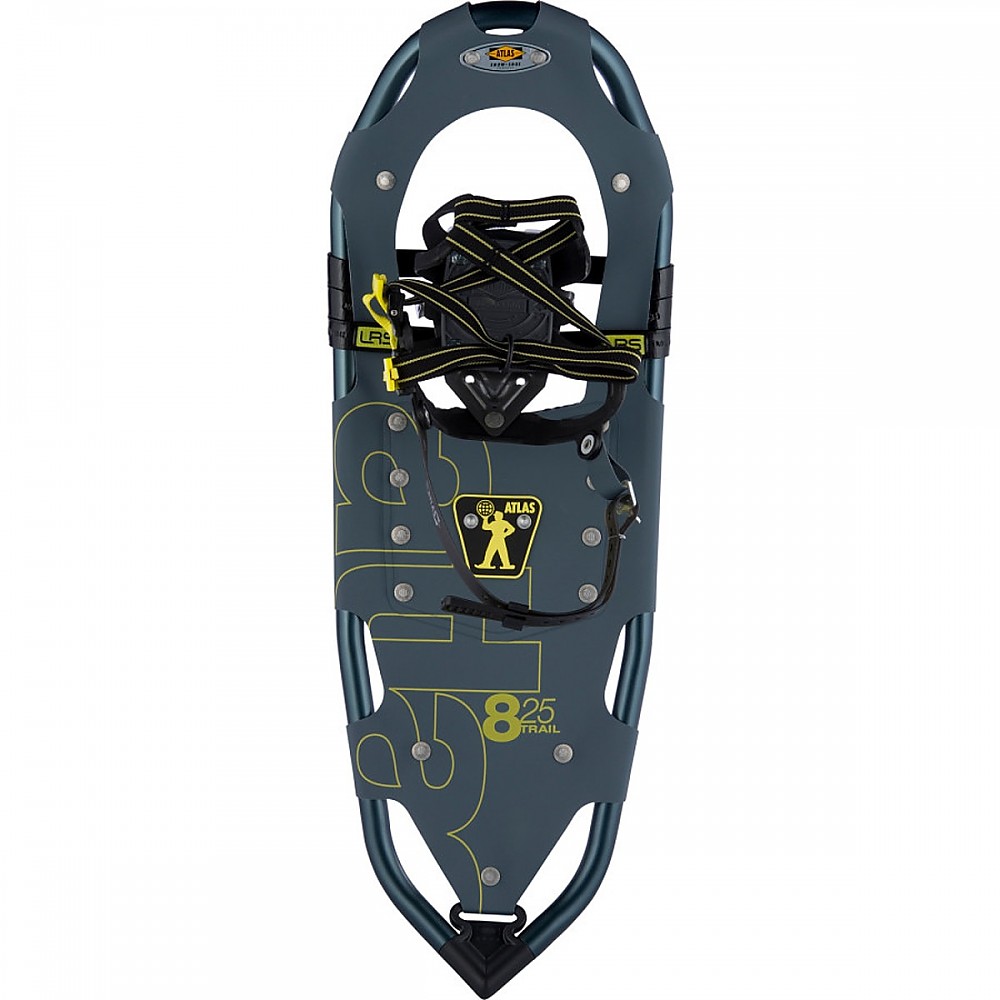 My rating would be a 5 if not for one single complaint that I have had with these shoes. And that is that the deck snaps back at the end of every step and hits my heel, spraying snow not just on the backs of my legs, but all over my upper back and over my head. I used them this past weekend and on a section of icy, clumped snow, my ears got nicked up by all the clumps of ice that were being kicked up over my shoulders. They don't 'drag' as snowshoes should; they snap up.

I actually called Atlas and asked them about this problem and they told me that it had to be the way I walked, but they would connect me with one of their tech guys. Which they did, but they dumped me into his voice mail and he never returned my call.

My husband has the exact same model but two years older, and he does not have this problem. He and other friends have tried my shoes and had the same problem; they snapped up against their heels and flipped snow over their heads.

The only difference we can see between his older model and my newer model is that the metal rivets on the underside of the binding strap (on the bottom of the shoe) are spaced wider on my shoe than on his. His are closer together, under the binding, while mine are further apart, out near the frame.

Anyway, perhaps they have fixed this. Perhaps I got a fluke pair. I don't know. Atlas didn't want to talk to me about it. I like pretty much everything else about these snowshoes, so it's a shame. But between having to wear all-over waterproof gear, the annoying sound of the deck snapping against the heel of my boot on every step, the nicks I get on my ears from icy clumps of snow, and the snow I get down my collar, I'm afraid I have to trade these in for a different brand.

They don't 'drag' as snowshoes should; they snap up. They get snow up the back of my legs. this was the experience i had using these yesterday. I borrowed a friend's.

Loved the straps and the ease of getting them on. But I am now looking for a pair of SS to buy and found this site. Looking for the same type of strap system but not this style.

I had rented a pair and liked them, so I bought a pair. I had snow cover my back and my head. I tried varied terrain and then my husband tried them with the same results. I returned them and they had said that was a common complaint.

I bought these shoes 8 years ago, but have probably used them a total of 25 times for 2-3 hour hikes on moderately steep terrain. The screws holding the binding blew out recently and the decking material ripped on that same shoe.

At times they were used on somewhat icy snow-covered roads that may have worn the screws. The decking material seems a bit thin. My husband's is covered with duct tape where the material wraps around the aluminum to add an extra layer where it has started to wear through.

I love the binding system. It is easy to use and secure. I have hiked with others whose bindings on other brands were always coming loose.

For me, the big selling point for the Atlas 825 snowshoes is the binding. It is very easy to get into and out of this binding, which encompasses the front of your boot in sort of a plastic clamshell, with a strap around the heel.

My only real complaint is that I found that my foot seems to gradually slide back in the binding, particularly when going uphill. As this happens, the space between the front of the boot and the binding tends to fill up with snow. So every once in a while I have to knock out that snow, kick my boot into the binding again, and tighten the heel strap.

That aside, this is a great pair of snowshoes. 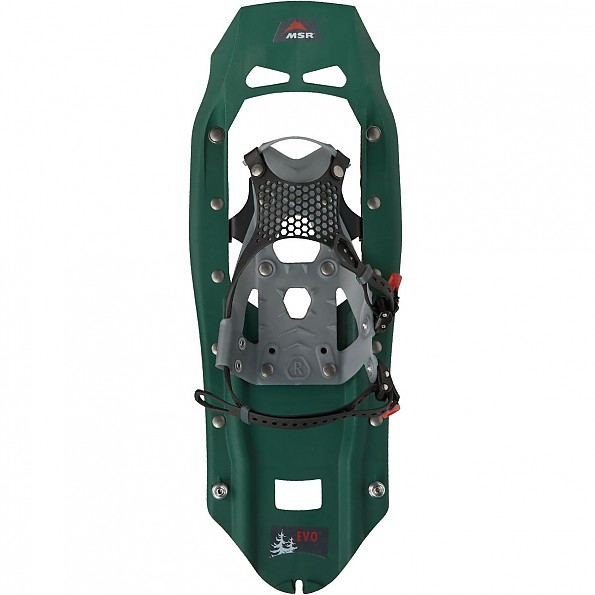 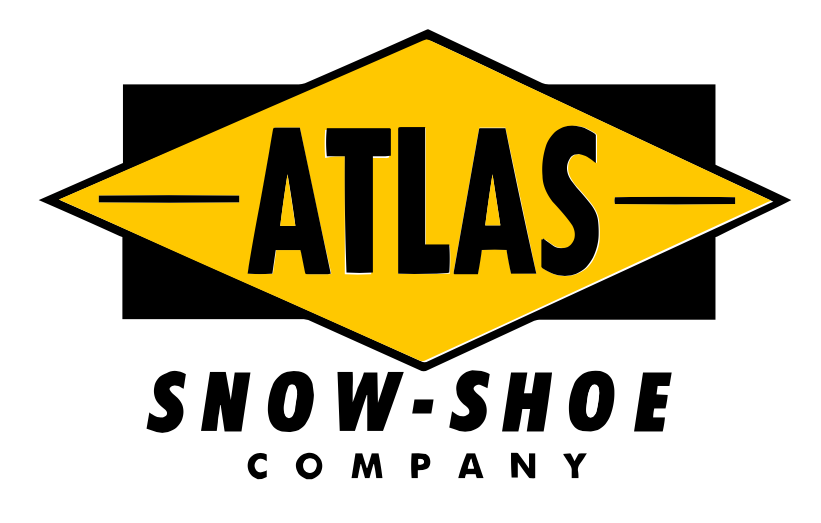