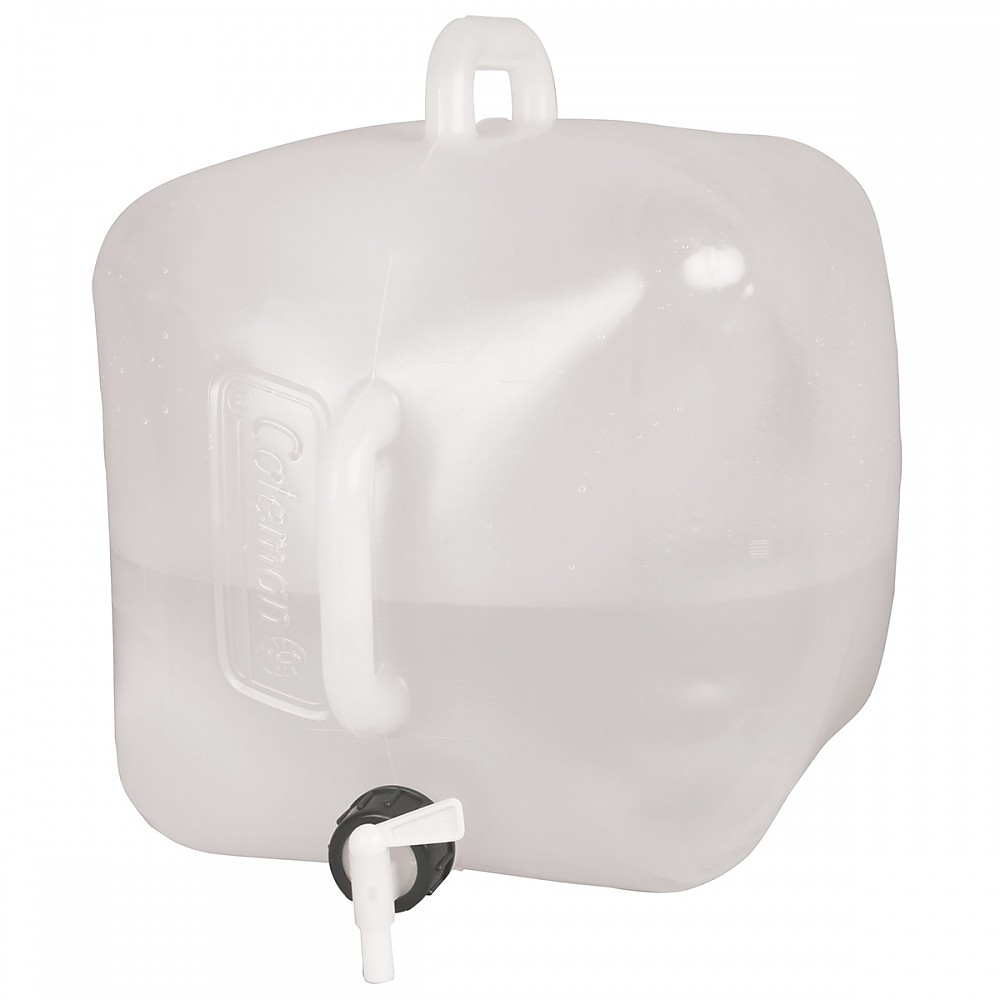 I used two Coleman Expandable Water Carriers (five gallon) to take with me on a camping trip in a conservation area where there was no sources of clean water, in August when it was extremely hot. I was really disappointed with the bags for several reasons.

They are made of fairly thin plastic and "rolled around" in the back of my SUV while I was driving. They were difficult to fill with water at home and unwieldy when trying to carry or move them. They always rolled over onto the spigot no matter how I placed them. They leaked all over the rest of my gear. They get punctured and sliced easily and are very difficult or impossible to repair.

This product is for carrying large amounts of water. I would not recommend it for anyone camping. If you just want to keep clean, extra water on hand at home in case of a water emergency, it might work for that.

I bought two Coleman Expandable Water Carriers (five gallon) to take on a camping trip into a conservation area that did not have any available drinking water, in August. I filled the flimsy five gallon containers at home before leaving. They will hold about five gallons each. The spigot comes off to fill, and that makes it somewhat easier.

As I picked up the container, I felt that I could not use the handle as the container bent out of shape and felt as if the handle was going to rip right off. I carried the unwieldy water containers one at a time, with my arms under them to my SUV.

After loading them into the SUV and starting out driving, the water containers rolled over onto the spigot. When stopping for gas, I checked them and discovered that they were both leaking all over my gear. I rearranged them, shut off the spigot and wedged them in tighter to try to prevent them from rolling onto the spigot again.

On the next stop I discovered that they had again ended up spigot side down and were leaking. At that point I bought two cases of bottled drinking water, just in case. Buying the individual drinking water saved my camping trip as these water containers were a complete fail for camping.

The third stop for gas proved to be too much for one container. My dog stepped on the three quarter's full container and it just slit right open. I was standing outside fueling up the vehicle when I saw water pouring out from the bottom of the side door! I scrambled around thinking that something was leaking from under the SUV itself. To my astonishment, I opened the door to water flowing all over and out of the Coleman Container.

These are not well made containers.

I have used hard plastic water containers and had very good luck with them for over a decade. The first trip I tried to use the Coleman water containers on was a disaster. Most of my gear got wet just on the drive. I have used these water containers at home to store water for emergencies. At home, they are easy to fill but difficult to handle...to move, to carry, to get water out of—because they are so flimsy. After a month the water tastes stale and needs to be emptied and refilled.

I have had four of these over the last year. They appear to be fine to just stay in one place in my tornado shelter area inside. Because these are so flimsy and unreliable on the road, I would not recommend them to anyone for camping or backcountry anything. Your water is important to keep you alive.

I went out and invested in a Sawyer Mini water filtration system to take into the backcountry on my next camping/hiking trip. I will not be carrying the Coleman containers with water in them with me. I am using durable aluminum and BPA-free drinking canteens to filter water into and carry water with.

I have been camping regularly since I was five years old. I camp frequently at campsites as well as in the backcountry, and enjoy walking trails and backpacking established trails, like parts of the Appalachian Trail. I like to travel with both my child and my dog, and am always on a budget.

These Coleman Containers turn out to be really expensive at around 10 dollars each, when compared to the Mini water filtration system at around 20 dollars for 100,000 gallons of clean water.

Happy trails.  I hope that this review helps.

Price Paid: gift to me 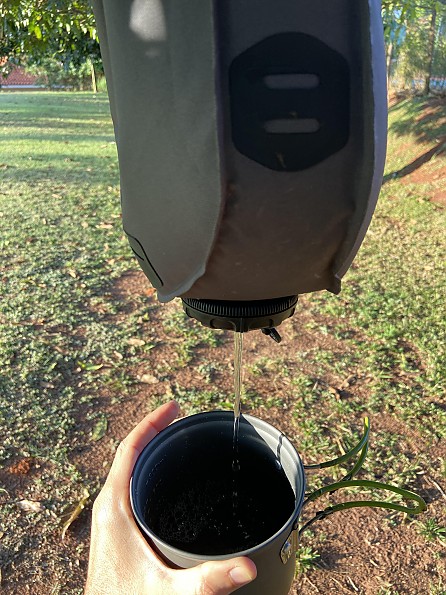