The Psycho Cowboy Parka has been discontinued. If you're looking for something new, check out the best component jackets for 2023. 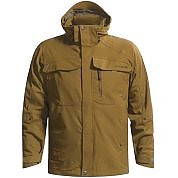 I bought this coat precisely because I needed a coat that could live up to my demands - nicely water-resistant, but pretty easy to adapt to various conditions, high-tech enough to breathe easy and protect against the wind, but rugged enough to withstand being used for non-snow-sport outdoors work.

This coat is very heavy-duty, generally-speaking, and the material takes casual scuffs and nicks well. But heat - this coat melts like a marshmallow after incidental contact with hot metal (like the muffler on a two-stroke engine). Took a moment to destroy the coat that I had enjoyed for over a year. I thought it was akin to treated canvas - but no - very quick-melting synthetic, no matter how heavy and stiff it seems.

I used to have a North Face jacket I bought over 10 years ago that's only fault was it lost its ability to repel water after so much use - never had this problem with it. It was expensive then (and the same style is just as expensive now), and I thought it was time to try something new, but I was wrong. I'm going back to a brand that actually follows up on its promises as to ruggedness.

Gave it two and a half stars because it was very nicely water-resistant - if don't need a coat to work in, just to play in, this could be all right, but then, why would you need anything this stiff and heavy?

I got this parka as a Christmas present last year- I have used it consistently since then on numerous multi-day hiking and camping trips- rough terrain backcountry and inclement weather.

I have had this parka on during two and three thousand foot ascents and descents, then back at the campsite while stoking the campfire with sparks flying like I was welding. I also wear it around town when I am not on the trail. In all the hiking and camping trips and all the campfires, this coat has not picked up one blemish.

Columbia has a winner here- With the pit-zips, the mesh pockets inside the main shell, removable hood, snow skirt, and the system fleece liners available for this parka, this parka becomes a keeper the moment you put it on. 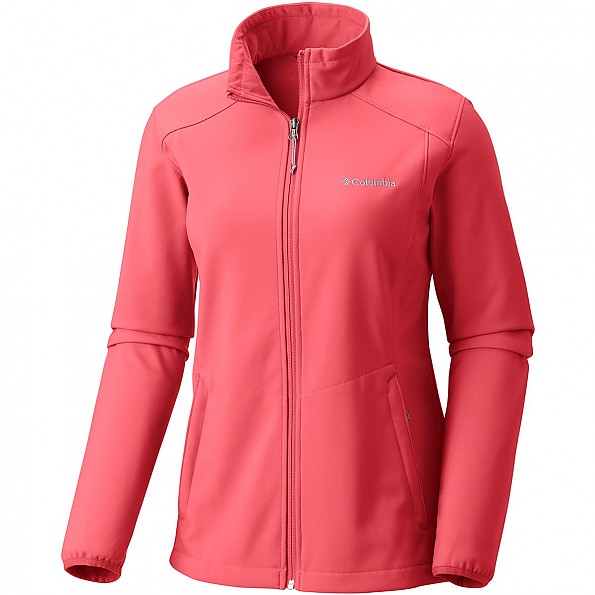