Top 25 in Under Quilts 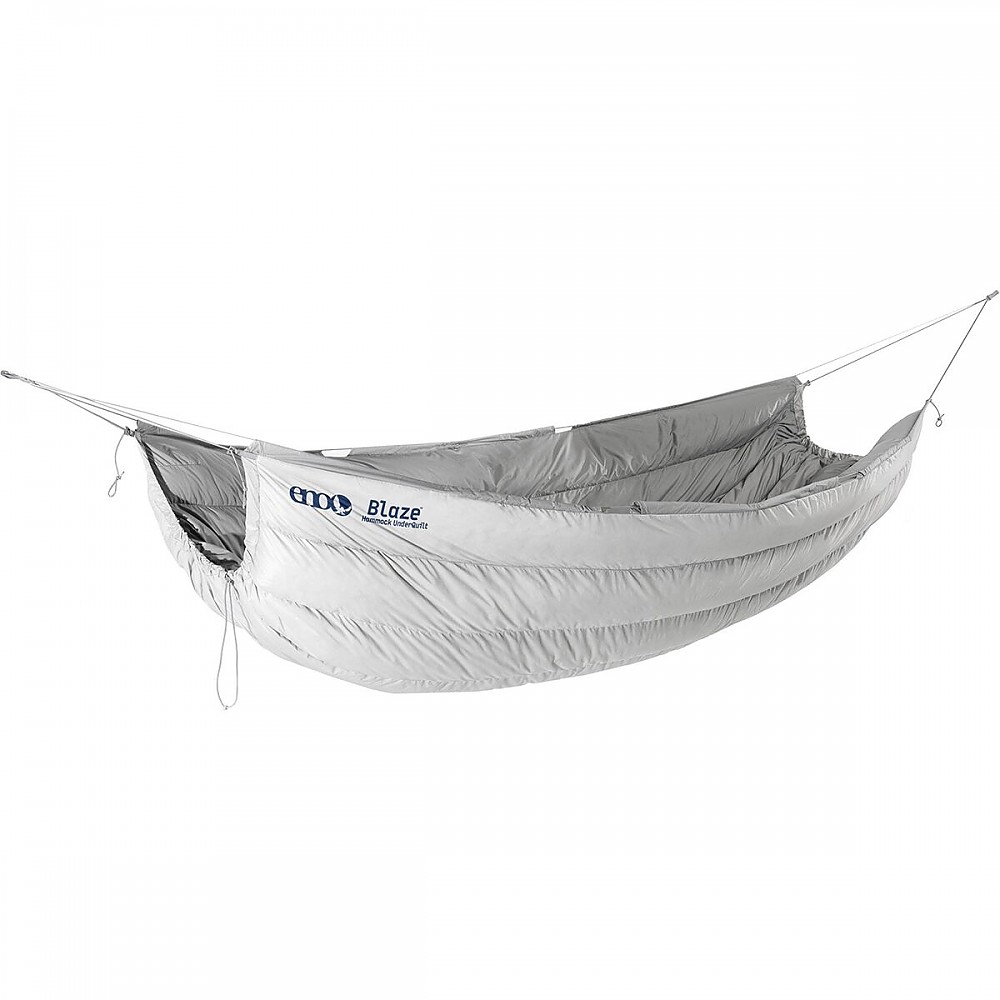 In the package you will receive the underquilt, a stuff sack, and a storage bag.

I tested the ENO Blaze Underquilt for a total of 18 nights, six of these nights were in the backcountry, while the others were conducted in my backyard. I tested the underquilt in temperatures ranging from 25-45°F. I found the temperature rating of 30-40°F to be accurate. I was only very slightly chilled at 25°F, and this was easily overcome by placing a fleece pullover under me.

Overall I feel this is a very good quality, easily obtainable, although slightly higher priced, underquilt for three-season hammockers, and could be pushed into some milder four-season temperatures. 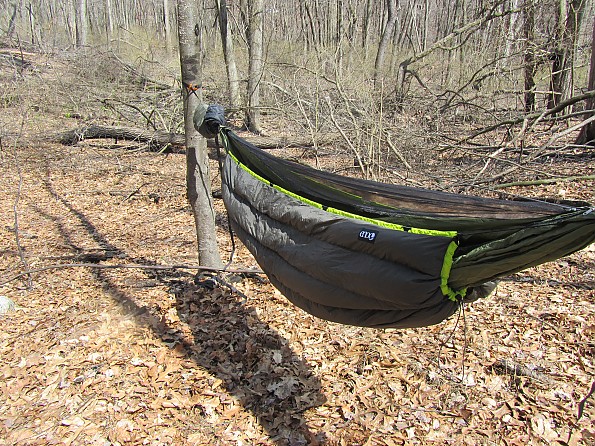 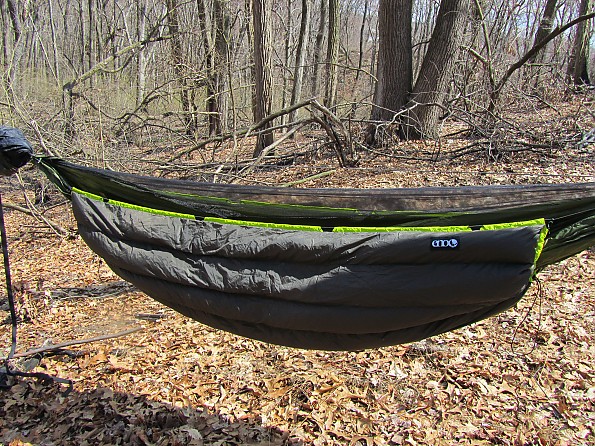 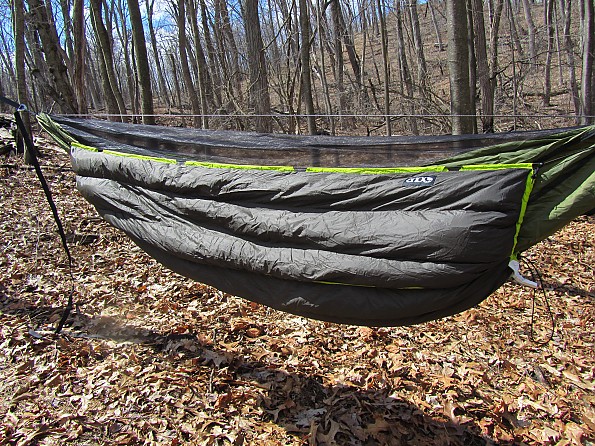 The Eno Blaze Underquilt is made of a DWR treated nylon ripstop (denier not available) shell, and a nylon taffeta liner. It is a differentially cut and baffled construction filled with 750fp duck down rated by the manufacturer at 30-40F. The underquilt weighs 24oz which is just a little above average of most underquilts on the market.

It weighs in at a modest 24 ounces and meases 48"x 80". This underquilt is classified as a full length underquilt and will cover most individuals 6'2" or less from head to toe.

I did note a few minor cons with the construction/materials provided with the quilt. First, the length on the shock cord is a bit excessive. This can easily be trimmed to your desired length though, and would also reduce the weight of the underquilt.

Second, there are no s-biners included with the underquilt so the shock cord looped around the ends of the hammock are the only things holding it on to the hammock. I found that occasionally while adjusting the quilt when in the hammock the underquilt would slide off. With s-biners attached this was not an issue. This can partially be overcome without s-biners by simply really tightening down the shock cord suspension, but this can also cause air leaks in other places on the quilt.

Last, there is no baffle around the edges of the underquilt, so every time you hang the underquilt and hammock in a new location you may have to adjust the different parts of the suspension to get the fit just right. Having a small baffle along the edge would allow for a more consistent fit and require less “fiddle factor.” 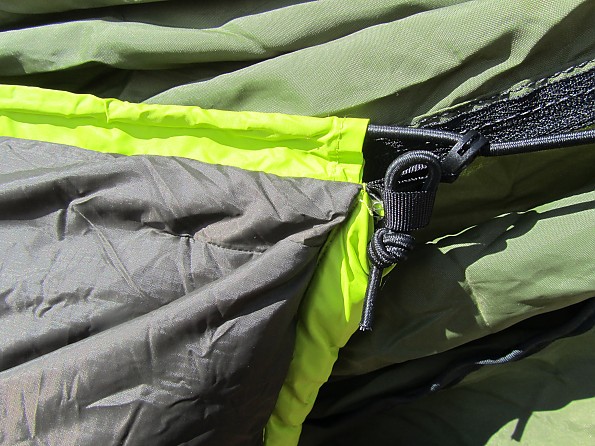 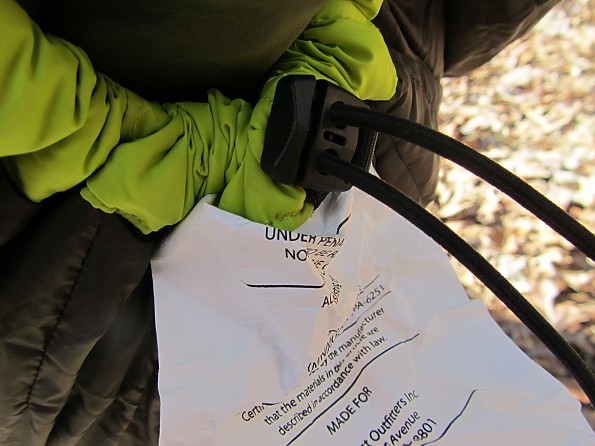 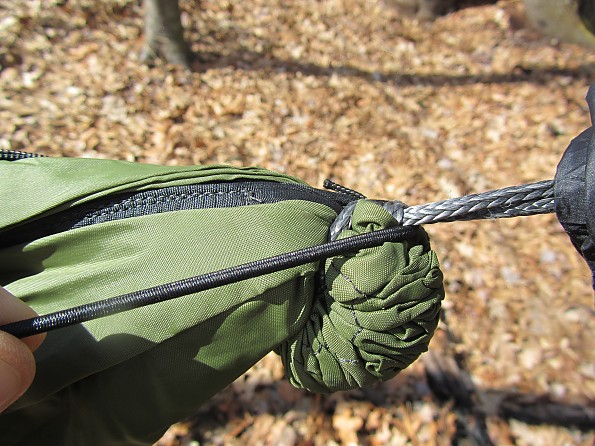 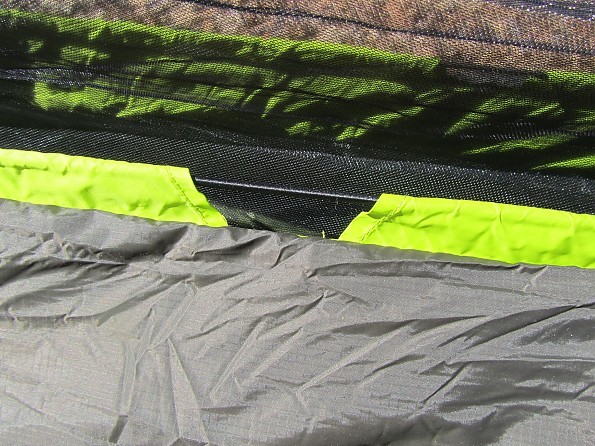 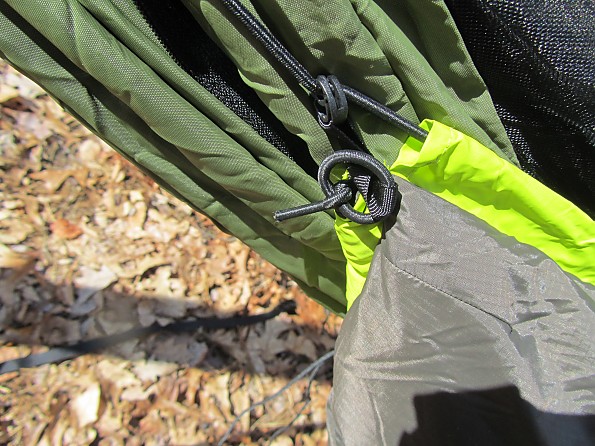 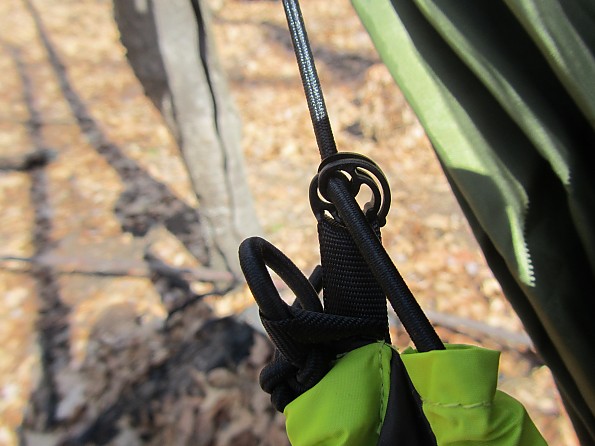 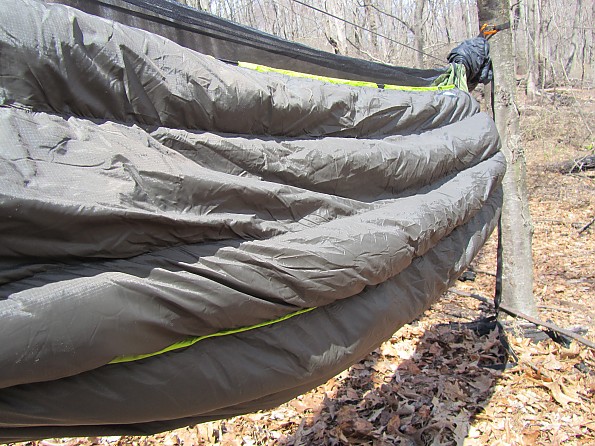 On the nights where the low temperature neared 25°F I sometimes had a slightly cool spot under my butt (aka cold butt syndrome). This was easily remedied by placing a fleece pullover under me. All testing was fair to good weather, with winds ranging in the 5-15mph range, and an occasional light snow or rain. I was using a Warbonnet Superfly tarp rigged in a lean-to pitch for all testing to help block the wind/rain. 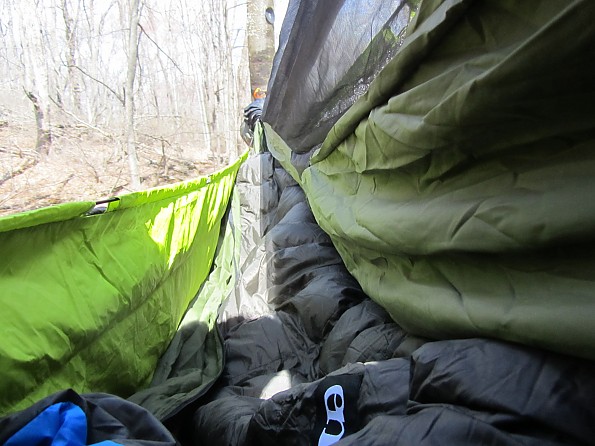 Overall I was very satisfied with the ENO Blaze underquilt. It met all of the expectations I have of underquilts; easy and quick to install, easy to adjust, and was true to its temperature rating.

I would recommend this underquilt to anyone that wants to use their hammock in cooler weather, whether backpacking or at home. Especially for those who want to be able to hold and touch a product before purchasing it, as this underquilt is carried by many mainstream outfitters. Stop using your sleeping pad in your hammock and experience the comfort of an underquilt!

Source: received for testing via the Trailspace Review Corps (sample provided by ENO for testing and review)

Nice review, TheRambler! Thanks for testing out the Blaze and sharing your review.

Thanks for the review! Very helpful! I am considering buying the new ENO Vulcan underquilt with the synthetic insulation. After reading this review, I think I'm going to go for it. It's not duck down, but it's over $100 cheaper! 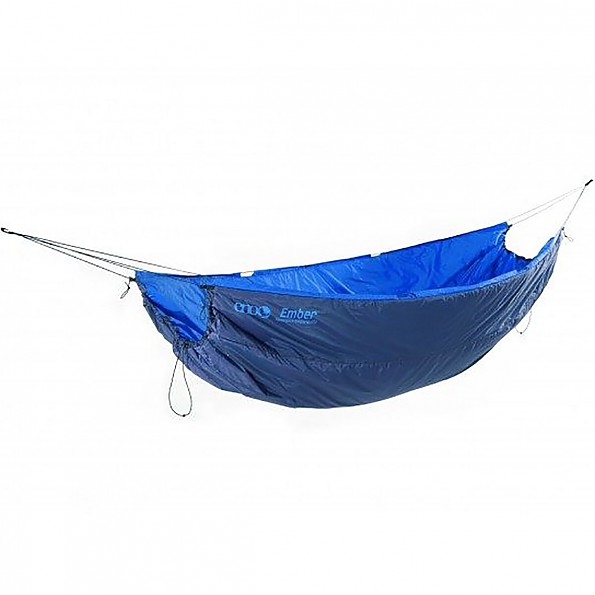 The Best Under Quilts

Trailspace's community of gear reviewers has field-tested and rated the top under quilts. 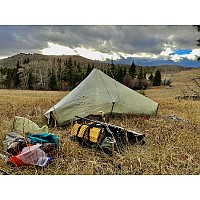