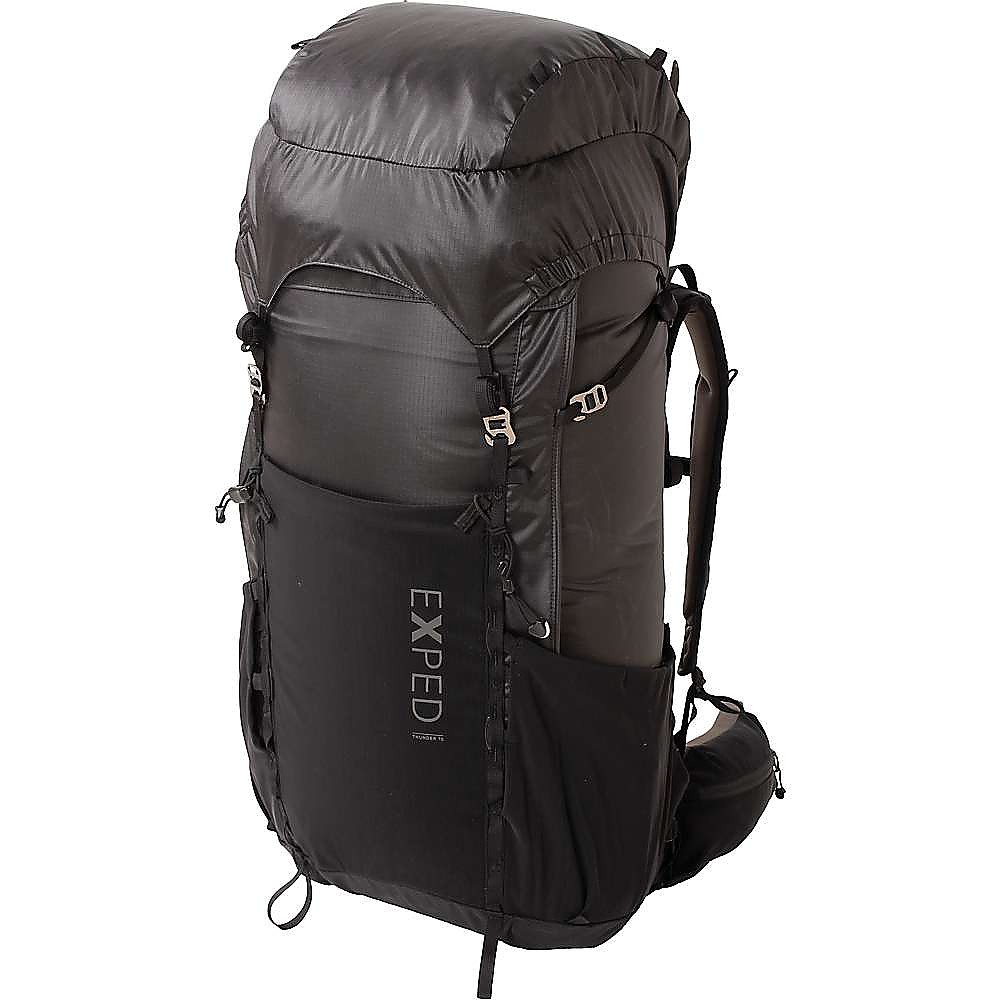 This is a relatively lightweight pack (3.5 lbs) without many bells and whistles but which excels at comfortably carrying 35-40 lbs in rugged terrain. 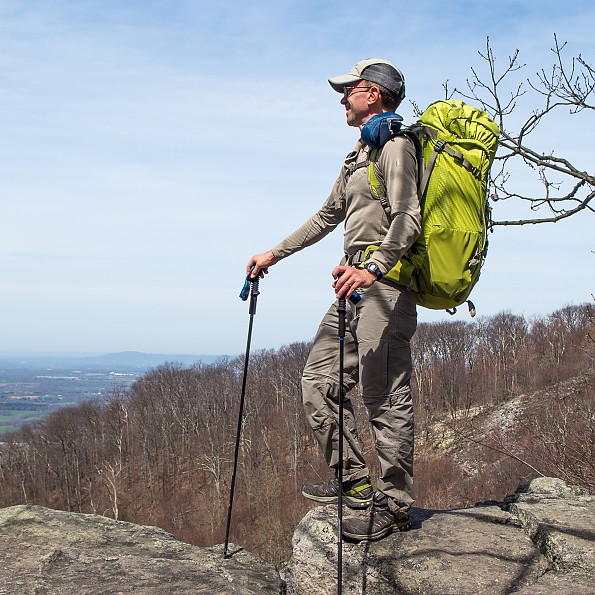 Fit:  The thorough review on this pack at SectionHiker.com convinced me to try this pack, particularly the warning that the belt ran a bit small. I have about a 29-30" waist, and I did not want a belt that had the padding bunched up against the buckle.

In the end, I had an inch or two to spare on either side of the buckle when fully tightened (even after 10 days on the trail). The shoulder straps have a large range of adjustment and could probably fit anyone from 5' to 6' (I'm smack in the middle) without any problem.

Comfort: The belt is super comfortable. Some other people in our crew struggled with the super-stiff Osprey belts that always wanted to get hooked behind their rear when they went to pull on the pack, but the Exped belt was superb and never a struggle to put on. The back did ventilate thanks to the big channel between the shoulder pads and the hip/lumbar area.

The shoulder straps are pretty thin, so you really need to have them in a good position so they don't rub along your collar bones. The first time I took this on a multi-day hike (see picture from the AT), I ended up with a few strips of sports tape to keep the straps from rubbing there.

Capacity: The pack had plenty of room for a bulky 40-lb load. Philmont Scout Ranch has great food, but it can be quite bulky. For crew gear, I was also carrying some empty water bladders, expedition-sized first aid kit, and a stove and fuel bottle, yet the pack was almost always able to swallow a little bit more.

Organization: The pack has side zippers that allow you to use it like a front-loader, but I just ended up using it as a top-loading single compartment pack. The brain pocket is large enough to carry all the sundries I might need on the trail that I didn't keep in the hip pockets. The back mesh pocket isn't that big, but I could fit a few things in it, like a trowel and a fuel bottle.

I used the daisy chains to strap on a camp chair and camp shoes. I like Evernew 1-liter water bladders, and the side pockets were easily able to swallow 1 each. It wasn't too hard to pull them out and reinsert them without taking off the pack.

Ride: The single aluminum stay transfers the load comfortably to the hipbelt, and because it has a single load point, the hipbelt has some ability to flex and follow the natural motion of your hips. Nothing like an Arc'teryx Altra, but seemed much better than most twin-stay frames. The overall effect is to seamlessly anchor the pack to the hip girdle for effortless carry. I could have the thing fully loaded, and the only time I noticed the load was on the uphills when my legs protested.

Compression: I did use this pack as a summit pack, fully compressed, when we hiked up  Baldy at Philmont. We were going to have a food resupply on the way back, and the Thunder 70 was able to handle a near-empty as well it did a full load. I even ended up taking water off a Scout struggling with his load as we summited, and I couldn't notice the added weight.

Ease of Use:  Everything worked and nothing broke. It takes a bit of getting used to the Rapide hooks instead of quick release buckles, but they should be almost impossible to break. It takes a bit of work to get all the strap-keepers dialed in, but once you do, it's nice to have a pack without any flapping straps.

Construction and durability:  I haven't had it long enough to know how long it will hold up, but it looks almost new after almost 150 miles of backpacking. I have the bright green version of the pack, and it is bright and cheery again after washing off the trail dust with a hose and stiff brush.

Conditions:  I've hiked about 70 miles of the AT and a 65-mile trek with Scouts at Philmont with this pack. I've had several days in the rain, but I used a pack cover. The pack is not waterproof, and even if you line it with waterproof bags, the pack itself will take on water, leaving you lugging extra weight. (Fabric may be waterproof, but there are too many seams to keep out heavy rain.)

Criticisms: The only thing I'll ding the pack on is the lack of any points to attach a camera bag or other accessory to the front of the shoulder straps. I stuck the camera pouch's loop through an elastic band meant to hold a hydration tube, but it wouldn't be a long-term solution.

Any positive internal holders/dividers for securing bulk H2O? I hate having water sloshing around and upsetting my balance when balance is needed the most. Thanks!

There is a sleeve for a hydration bladder. When I was carrying 4 liters of H2O, I used it to store a 2 liter Evernew bladder.

Dr. Ryles: If I ever did a thru-hike, I'd look at the Lightning 60, which knocks off a pound and shares the same frame and belt.

I appreciate the fact that, from the beginning, you mention that a thorough review was integral in your purchase of this pack. That's the power of a thorough and honest review. Thanks for sharing!

Patrick, thanks, and I did not even know about the Lightning 60. I went with the Hyperlite Mountain Gear Southwest 4400: over 70 liters, but waterproof and I love not having to worry about a rain cover. In Yosemite, where I do my section thru-hiking of the JMT, you need a bear canister. Most 60 liter packs won't give you much other room with a BV500. The HMG swallows it and has been great for me. I'm with you on the Osprey: my very first pack was the Osprey Atmos AG 65: could not handle the belt system, as it felt too confining and overkill. You are so right: the belt system and frame was great on the Thunder: it took some resolve for me to part with it! 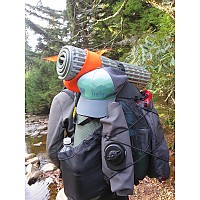 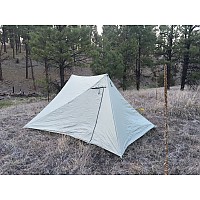 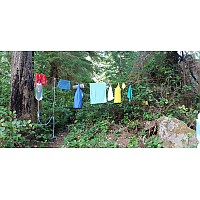