The GPSMap 60Cx has been discontinued. If you're looking for something new, check out the best handheld gps receivers for 2022. 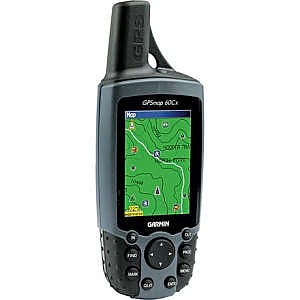 I went with this Garmin because of the ability of this model to pick up signals even in deep ravines and hollows while hiking. I rarely lose signal, once under a 50 foot wide arch (more like a tunnel, and once in a hollow with very overcast conditions. Other than that, I have used it for tracking all my hiking this year so I can then go create detailed GPS trips on Every Trail.

This GPS simply works! I do not use it for road directions, just to create hiking tracks, and using alkaline batteries I can get several hikes in before changing batteries. The software included is very basic, so if you want to create hiking routes, you'll have to buy or download some detailed topos. But for my purposes, it has been a great unit!

Nice step up from the eTrex models, although you have to pay for it. SiRF III chipset really does pick up the sats very quickly and accurately, even indoors. Color screen is clear and easy to read. Expandable memory is nice and that it runs on AA's a must.

I also have an original eTrex Legend and the software and mapping built in is almost identical. If you are going to be in an area with a lot of wide open spaces, the current eTrexes will perform just fine and at a much lower cost (and are smaller overall with about the same screen size.) In cover though the new chipset does really make a difference, it's just whether or not you want to pay for it.

The only other negative is the built-in map lacks detail and Gramin charges very high prices for map that are actually useful. They build in nice city maps into their car units which have better screens and cost the same as the 60Cx and 60CSx (the maps cost about $100 to put into the handhelds), wish they would put in the Topo maps into the handheld units.