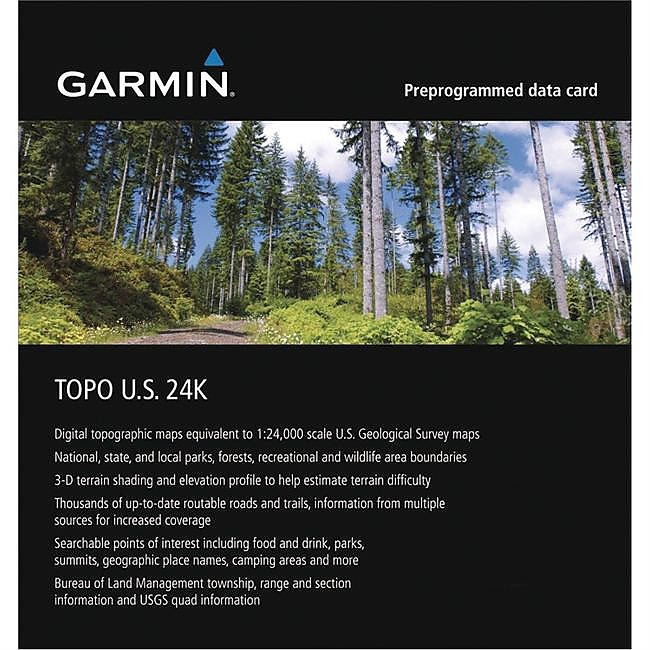 Detailed map set of the Southwestern region for Garmin map GPSes, but some well-traveled trails and hiker-relevant waypoints are not included.

I've been a somewhat grumpy Garmin customer for many years now. I am on my third Garmin GPS, an eTrex 30c, which is at least hanging in there for a lot longer than the last one did.

It took Garmin years to get around to fulfilling promises to supply versions of it software for Macs, and the Basecamp software used for viewing and planning is klunky and non-intuitive, for me at least, especially when it comes to planning routes on existing roads and trails. More on that in a minute, but this is a review of one of the map sets for Garmin devices.

When I was planning our trip in the Wind Rivers in '16, I choked on the price of a full Garmin map set and settled for a free topo map set that I found online. It showed many of the trails we wanted to use, but did not include trails as a separate layer for routing so I had to draw in our planned route, some of which was off trail anyway, by hand. But this year, with the prospect of living a full year in the Southwest, I decided to spring for the full monty, Garmin's Topo U.S. 24K Southwest map set, on a fingernail-sized micro SD card.

It covers the "four corners" southwestern states: Utah, Colorado, Arizona, and New Mexico. Stray beyond those boundaries and you are in no-man's-land. Here is the blurry image from Garmin's web site: 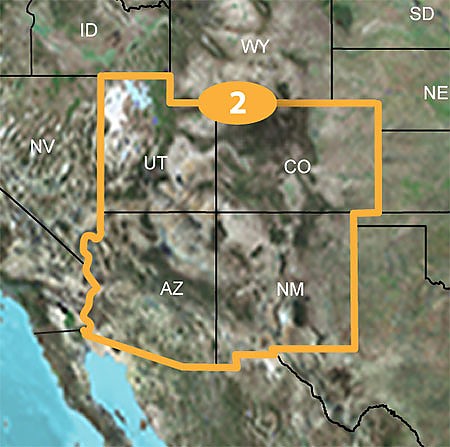 There's a lot of prime hiking to be done in all the national forests, parks, and other public lands in this huge area, so this is a potentially useful and maybe indispensable resource for anyone planning and executing on- or off-trail trips in the region. To be fair, it mostly delivers. The maps are nicely designed and provide a lot of details, including trails and waypoints that can be used to automatically plan on-trail routes. That make it all the more frustrating when you come across gaps in the database, as I did when planning a trip in the Grand Canyon for next week.

Here's a screenshot of the territory we want to cross: 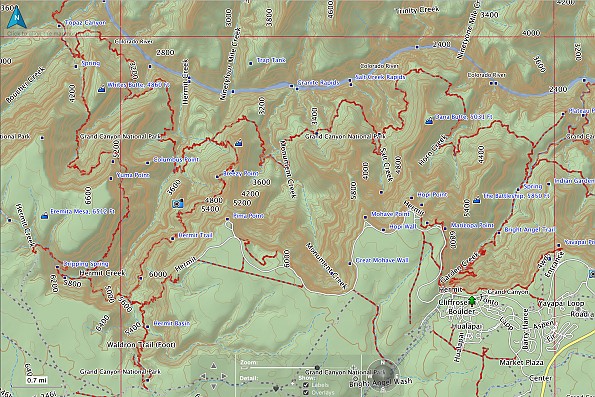 We'll be going from Hermit Point near the lower left, down to and across the Tonto Plateau on the main west-east trail, and then back up on the Bright Angel Trail. We have a permit for and will be staying at National Park-designated campsites along the way, and want to make a few side trips down to the river, including a night at an NPS designated campsite at Granite Rapids.

It may be heard to see in the image above, but take my word for it: the side trails down to the river at Hermit Rapids and Granite Rapids are not shown on the map. Two of our four campsites are shown as waypoints on the map, but the other two and many other designated campsites are left out. All of this info and more (toilets!) is shown on the National Geographic hiker's map of the Grand Canyon: 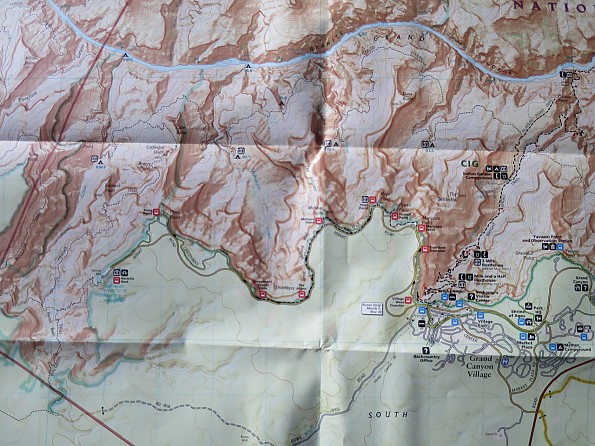 Zooming in on the Hermit Creek Trailhead, where we will start, there is no waypoint for the trailhead, and there is an "uncroassable gap" between the end of the road and the start of the trail: 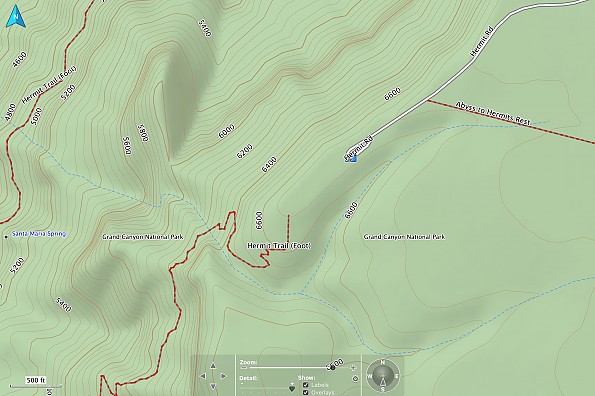 Why uncrossable? Because when you are using the Basecamp software's routing tool to plan a route, it will only recognize trails and roads that are on the map—anywhere else you have to draw in your route by hand using the track tool, a time-consuming process that requires detailed reference to another map. (And there is no good way to fuse tracks and routes—they are oil and water in the little mind of Garmin).

A GPS, even one with maps, is not a replacement for a map and compass, but it sure can be a nice adjunct. I have used mine to stay on track in countless situations, and I can think of at least three snowy situations over the years when having a GPS in hand would have saved me a lot of grief.

I certainly don't expect my GPS or maps to do the hike for me. But this is Grand Canyon National Park we're talking about here, not some obscure piece of BLM desert wasteland. You'd think Garmin would at least be able to get that right, and as they obviuosly haven't, discerning souls have to wonder what other useful-to-critical information is missing here? I took a peek back at our recent route in Canyonlands NP, and again the maps mark some but not all of the trailheads and designated backcountry campsites.

While this product is measurably better than the free base maps I can get online, for the price I paid I would expect reliable and precise coverage of all the trails and designated campsites at least in the popular national parks in the region. Not quite.

Trailspace's community of gear reviewers has field-tested and rated the top maps.