The Haiku 5750 has been discontinued. If you're looking for something new, check out the best expedition packs for 2020.

Great pack. I own the 5750 Haiku, not the smaller one that this category is under, but whatever. I bought initially to go backpacking and climbing in New Hampshire, which is why I needed such a huge pack. Winters in New England are harsh and require a lot of gear.

But I've found that with its large internal size, I can easily get my pad, bag, tent, and everything else inside of it, without having to lash anything to its exterior, which I view as a plus.

I've owned it for years, taken it to Europe and back, used it in the San Diego deserts, the New England ice, and everything in between. It's extremely comfortable on me.

I'm giving it 4/5 stars because the only other pockets on it are two mesh ones on the sides, which don't really hold anything but trash, and a top pocket for whatever you want up there.

Having to open up the central cavity compartment everytime you need anything gets a little old, but you get used to it. I would HIGHLY recommend getting an addon waist belt pack for this guy if you get one, because the first problem you will encounter is lack of accessibility, which a small waist pack will solve.

Other than that, it's an awesome pack. 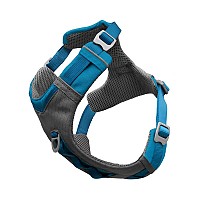