Made in the USA, this folder is a medium duty work horse. It is light weight and is made out of high quality materials. The steel is a Swedish stainless steel, an improved version of a steel used for years in the outdoors by those who demand performance. In fact, there is a "3D" design ground into the blade faces.

It's not just for looks though. It acts almost like serrations (improving some cuts) and can dramatically increase your grip if you have to choke up on the blade for fine cuts. The drawback comes if you have to clean it. It can be difficult to get dirt from the "ridges".

At three inches, I think it has the perfect blade length for EDC, including medium duty field work. It has smooth action and a solid liner lock. The liners are stainless steel and handle is basically a textured plastic. I am confident (and proud it's made in the USA) when I carry it.

I'd recommend this as a medium duty carry, especially as a light weight back up to a fixed blade. I would not, however, recommend the tanto shaped version of this knife.

This knife is solid and sturdy with the advantages of being lightweight and about 3/4 sized so it's still legal most places and yet large enough to be comfortable in your hand and still has a 3" blade. It offers two methods of opening (thumb stud and spine stud) and the action is pretty good, though closing involves a indexed hangup at about 1/8th of the way from fully open due to the mechanism that keeps the blade tightly held while closed.

While the pocket clip can't be flipped to the opposite side of the top (pivot end) of the knife, there are spots for moving it to either side of the butt end of the knife, which is a great feature. Also the zytel/FRP or whatever handle is light and yet not rubbery like some knives. The factory edge is super sharp and the many carved grooves in the blade reduce weight while keeping the blade very strong and should not be a problem for sharpening.

The spine stud (or whatever you call that little opening assist horn on the back of the knife while closed) doubles as a nice finger guard and the knife feels good in my hands, though I have small hands.

I like a drop point and smooth blade over the half serrated blades so I love that feature and the entire knife is put together with torx head bolts, so I know I can break it down for cleaning and oiling, though I haven't had to yet.

At 3.1oz it could maybe be a little lighter, but I like the combination of solidness and lightness. I also love the bright orange because it increases the chance of me finding it in my backpack or when I drop it in the woods or river, which I know will happen. 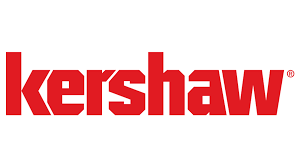