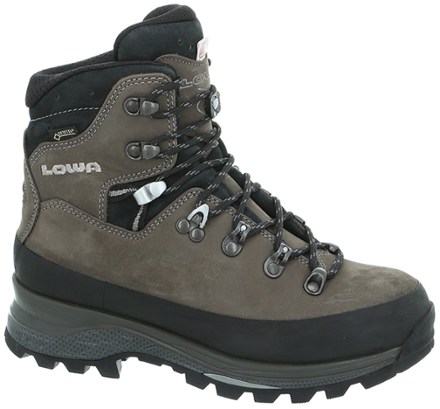 These are the most comfortable boots I have ever had on my feet. BUT....they leak.

These are the most comfortable boots I have ever had on my feet. BUT....

After about a month they leaked. The bottom of my right foot started to get a bit wet when hiking on wet terrain, and within three months of having owned the boots I had to dry the boot out with newspaper stuffed inside the boot after nearly every use.

I contacted Lowa and despite it only being three months in they were very hesitant to help. First question asked was, "did you put any sort of treatment on your boots other than our own Lowa product?" They said if you did the warranty is void, and if you did not then we would like to see the condition of the boots as they may not have been taken care of.

Lowa only offers a one-year warranty and most companies offer more than that. For this kind of money, I didn't expect them to leak after light use so soon, nor did I expect that kind of poor customer service.

The company where I bought them took them back no questions asked and gave me a new pair, but be aware, after reading online what I have now, I wouldn't have bought these boots. They are known for leaks. Buyer beware.

Lowa's warranty is horrible and I am lucky I bought them from such an awesome retailer who backs what they sell.

Welcome to Trailspace, Heather. Too bad about the leaky boots. Did you replace them with another pair of Lowas or something else?

In addition to the 1 women's review above, there are 8 reviews for other versions of the Tibet GTX. Read all reviews »