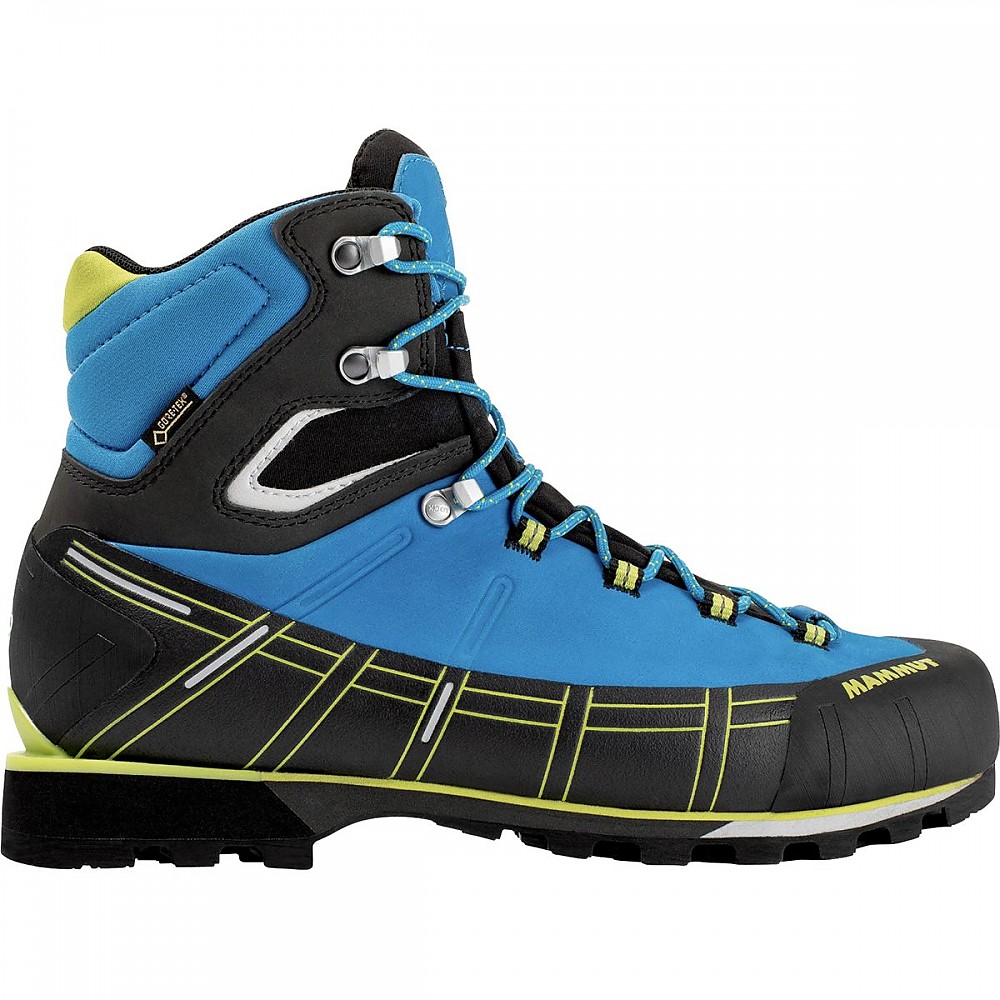 Very light, but vulnerable and smelly (?) 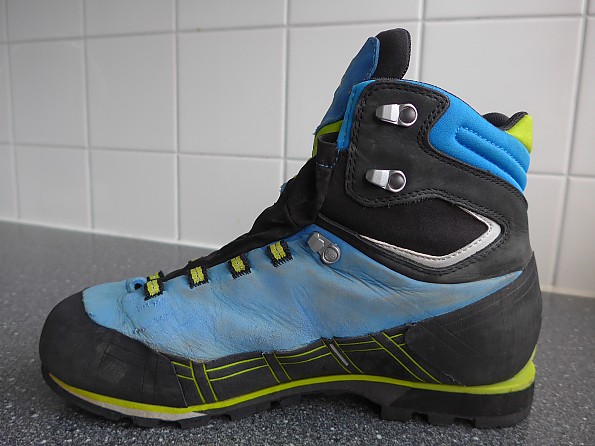 I came across this type of shoes in Zermatt and was struck by both its characteristics, and its low price (particularly for Zermatt and Switzerland): 279 CHF/ 253 €. It also stood out by being made of  "old fashioned" one piece leather, while still appearing to be light and compact.

I did not intend to buy new boots, having bought my previous ones only two years before and being pretty satisfied with those. But I seized the opportunity, also hoping to find a better fit than my previous ones.

I have used this pair during three alpine climbs on 4000 meter peaks around there, so they have been tested just long enough to know what to expect.

I will discuss some aspects I noticed, sometimes comparing to my previous pair of boots, Garmont Tower Extreme LX GTX , and my oldest pair, Scarpa Cerro Torre.

So concluding, pretty good boots for an attractive price. But I worry how long they will last. I consider contacting Mammut about the issues I already have.

I did contact Mammut about the issues, referring to this review including the pictures which is a pretty clear story I would think. They insisted on getting the boots sent to them, so I did. It took some weeks for them to get back on it, but they offered to swap for a new pair.

Because I worried that a new pair would suffer the same problems, and I also had some fitting problems, we also discussed other models. But there was no interesting option for me, so I opted for the same model.

The peculiar thing was that they offered me orange or brown ones instead of the blue I had, and preferred. I chose orange, but got brown sent to me. The only colour I did NOT want. I really don’t get that. They are a manufacturer, I imagine they have a warehouse full of all colours and sizes.

I chose to just give them feedback on that, but to keep the pair. The good thing of course was that they swapped. But I still worry how long this pair will last.

I used the new pair this summer and did three climbs with it. So far not the same problems.

But I got some new ones. To my surprise, I got serious blisters on both heels, even though I had broken in the boots for a couple of hours. The first pair was used sort of right out of the shop.

The other thing was that the leather got drenched. Maybe this happened because these boot were untreated before use. Maybe for the same reason I did not have the smell problem again. My feet kept dry thanks to the Goretex.

Because I worried about the leather, I treated them back home with Nikwax.