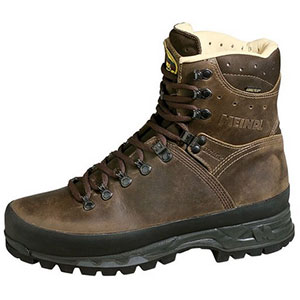 Very disappointed. Brought them a few years ago now and with very little use found signs of the soles coming off, to a point where they are unusable. Have about five pairs between a few mates, with two pairs failing the same way. Happy to provide photos.

They were my second pair with my first pair just too small, my mistake. So could I recommend them? Probably not. Google the problem and read for yourself. Maybe there was a manufacture or material change. I don't know, but I won't risk the money again.

Excited to finally have a good pair of boots, got them on sale to only realize I had bought the wrong size. I was so happy with the boots in general I decided to spend the money and buy another pair.

With very little use, these boots started to show signs of the soles coming off to a point where they are now unusable. I did speak with the importer at a show in Sydney, to possibly get resoled. He told me it would cost $200, which was disappointing. I have tried to re-glue them myself which failed.

Between a few mates we have five pairs between us, with two pairs failing exactly the same way.

To say I was disappointed is an understatement. On doing some research, I found that there was plenty of talk on the net about this exact same problem. So read for yourself.

Still trying to speak to a repairer to get them repaired. In the meantime I will probably look at another brand. These are not a cheap pair of boots. I expected more. 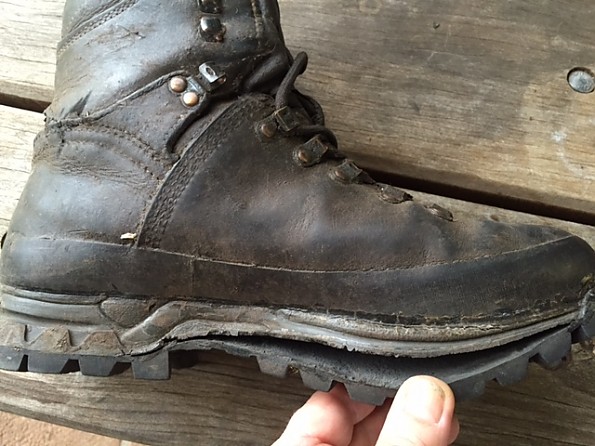 Welcome to Trailspace, Stephen. Thanks for sharing your experience with these boots. I'd be curious to see some pictures of your boots in your review.

Alicia will take some photos tomorrow and try to post them

Thanks for sharing that picture, Stephen. It's too bad your Meindls are coming apart like that.

Had these for about four years and done many backpacking/trekking kms both in ANZ, Europe, and Asia. Extremely comfortable and supportive boots and fitted very well given that I have fairly aggressive orthotics and find getting a good fit a big challenge. I am 98kgs, so a lot of weight to support when you add another 20kgs or so, but no issues at all with these boots in that regard.

My only complaint about the boots is that I would like a better grip in wet and muddy conditions. In the latter case the lugs fill up straight away and become very slippery—others I trek with do not have that issue with their boots in exactly the same conditions.

Biggest issue is after-sales service. Whilst trekking in Europe a few months ago I had an issue and contacted Meindl in Germany as I was trekking very close to their HO. Meindl refused to deal with me in Germany but referred me to the Aus importer in NZ because I had bought them in Aus.  They required me to send the boots back to NZ for assessment—even though I was only 1/2 hour from Meindl themselves and in the middle of a trekking holiday!

Welcome to Trailspace, Fast_Eddie! Thanks for sharing your experience with these boots. If you have some pictures of them, those would be helpful to see in your review too.