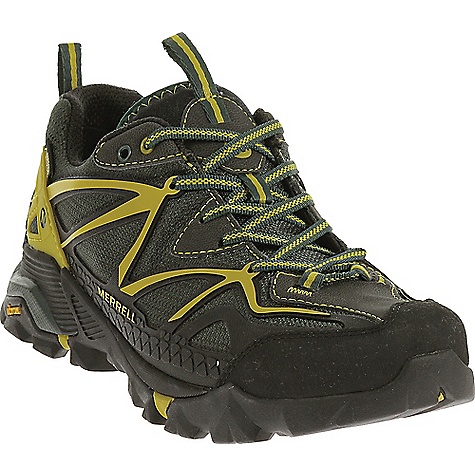 A relatively light hiking shoe with some scrambling ability and waterproof lining. Has potential, but is also not that comfortable and does not seem that durable. 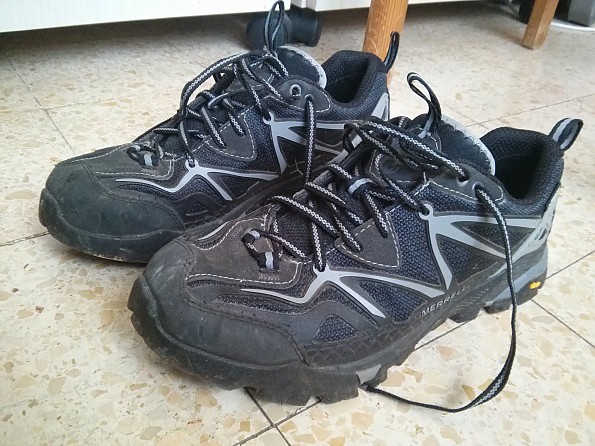 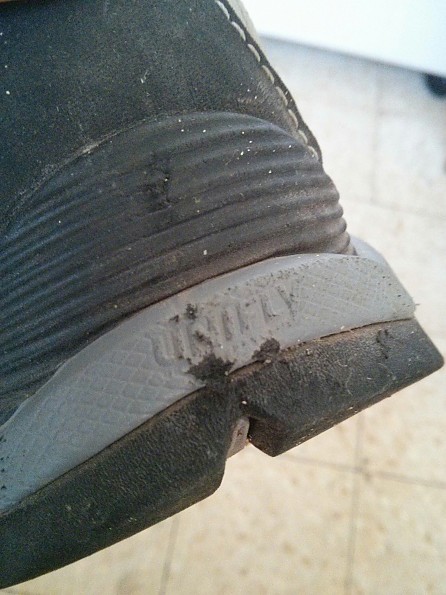 Had these for just a few weeks. They protect the foot quite well on rocky trails.

They are not too heavy (about 380 gram size 41) and have some flex to them. They are shaped like an approach shoe. Sole quite hard, mild arch support, cramped toe box, maybe because they tried for the climbing shoe style.

I don't think they will last long as the glue job of the sole does not look that good.

Well, they take a few weeks to soften up around the ankle area and especially the tongue which is pretty stiff to start with. I used them mainly for approaches for climbing so far, and they certainly do the job. I didn't feel the rocks so bad on really rocky trails, and downclimbed on gnarly 4th class terrain. They have good smearing.

So based on that i'm raising to 4 stars, although I haven't done a long hike yet. As can be seen in the photo,  the Unifly midsole already shows signs of wear after a month, but given that it is a soft rubber designed to absorb impact I suppose it's expected after the abuse I put them through.

One more thing, I am not convinced that Goretex in shoes is a great idea. They do smell rather bad after just wearing them around town for a day. I think that's due to the overhyped "breathablitiy" of the Gore lining. Consider getting a non-Goretex version. Cheaper as well.

Thanks for the review. Please keep us updated on how they hold up.

Yes, please keep us posted on how they hold up.

Thanks for the update, dror. Got any pictures of your pair to show others?

Thanks for the picture, dror!

In addition to the 1 men's review above, there is 1 review for another version of the Capra Sport Gore-Tex. Read all reviews »