The Wilderness Canyon has been discontinued. It was replaced by the Merrell Wilderness Legend Waterproof. 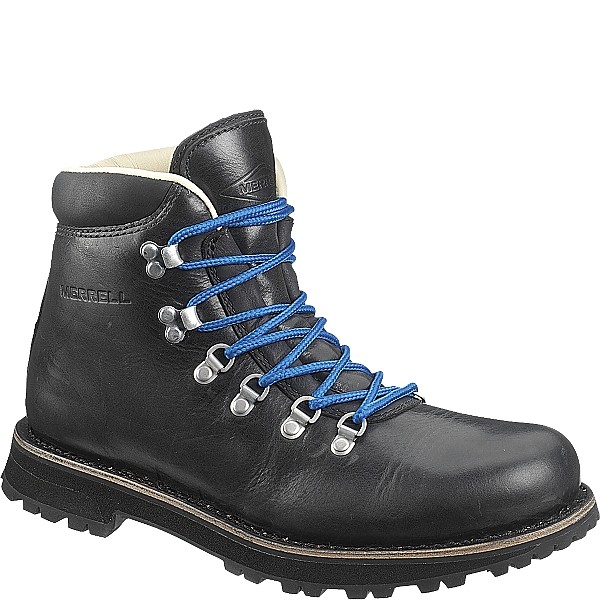 Purchased a pair in 2011. Have worn them in city/suburban settings.

I had heard much about these boots from friends who were big Merrell fans. These boots, which I've had now a decade, have not disappointed.

Years ago, after numerous backpacking trips as a high schooler, I have come to like a traditional, all-leather hiking boot and prefer a welted construction to the injection molded models that are so popular now.

Much of the walking I do today consists of day hikes in a variety of places. I have also worn them every winter on my daily commute into and around the downtown area of my city. It should be noted that these are NOT the original Wilderness (I have a pair of that model as well).

But hiking in Grand Canyon, Grand Tetons, Yellowstone, local forest preserves  on the streets and sidewalks of Italy, UK, Ireland, Spain, and Chicago, these have been very fine boots over the last decade.

I maintained them with saddle soap, neatsfoot oil, and common wax polish and they have held up beautifully. The original soles were a bit dodgy, made of a funny sort of a foam with a thin cap of Vibram sole material. After the 5th year, I did resole them. I used Vibram Montagna Blocks, probably overkill for the type of boot it is. They are still very workable, though after a decade are beginning to show age. Some minor cracking has appeared in the leather where it bends, not aesthetically pleasing but not affecting the performance of the boot as yet.

The lining, supposedly of Gore-tex, had worn through at the heel counter after about the 7th year. But, I've had no inclination to replace that lining.

The footbed is  fiberboard with a padded insert near the ball of the foot. It breaks down a little more easily than the 3 or 4mm thick leather footbed of the Wilderness USA. The original insole was not of particularly good quality but worked well enough. I've since replaced it with something a bit stouter and recommend to all buyers to do that and chalk it up to part of the expense of buying hiking boots.

Now that I'm just about done breaking in the Wilderness USA models, there might be a temptation to retire the Canyons. But I shall not. I have lots of yard work and a number of summer projects around the house for which they'll be perfect.

Source: bought it new
Price Paid: $100 on a clearance sale

Welcome to Trailspace, K. David Umlauf! Sounds like you've had a lot of good use out of these boots.