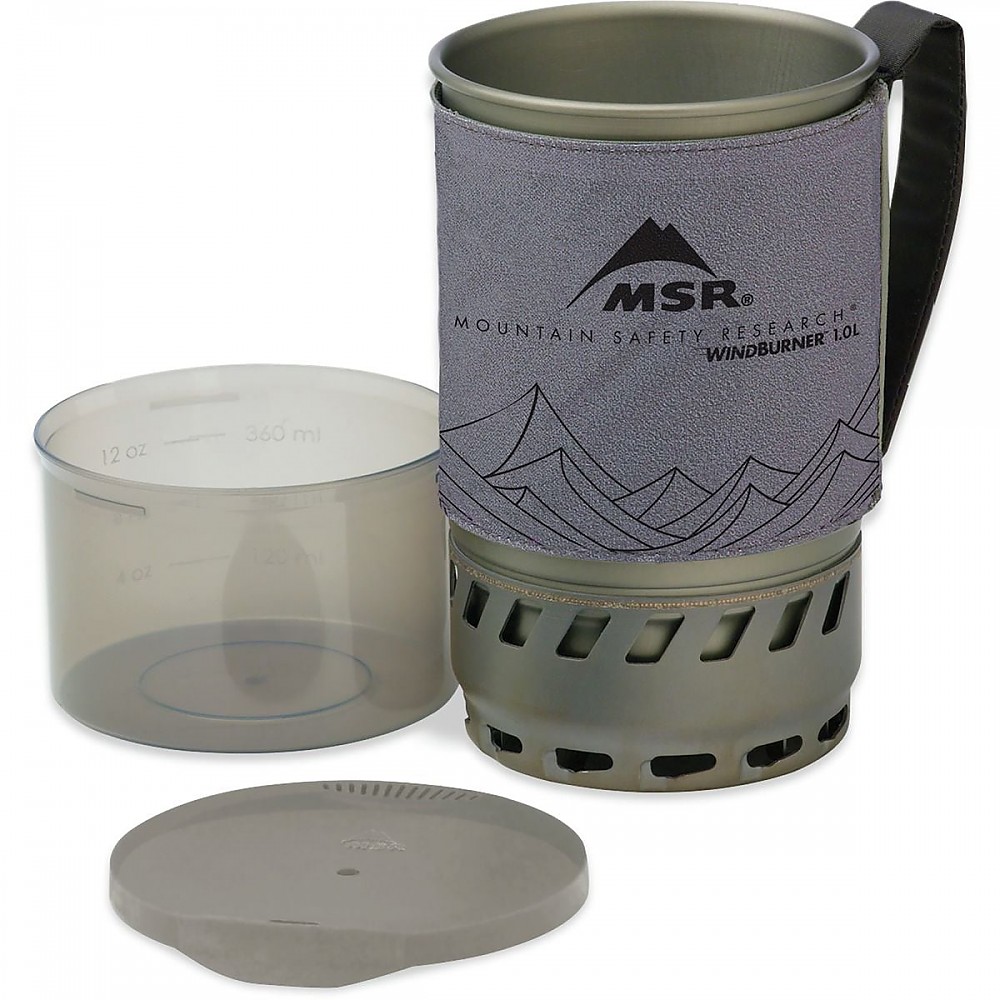 A larger pot for the relatively new Windburner (aka Windboiler) stove system that works well when cooking for two people.

In 2014 I received and tested the Windburner system for the Trailspace Review Corps and found it to be "pretty good". The original 1.0L Windburner pot was made mainly with the soloist in mind, and since my wife and I often hike together the 1.8 L version was a welcome addition.

I bought one for our planned 11-day trip in the Wind Rivers this summer, and so at this point have only used it to cook 10 or so one-pot meals. I have not tested the boil times or fuel efficiency, and haven't used in winter or in high wind, but I think I have used it enough to comment on its strengths and a few weaknesses.

You can purchase a WindBurner stove with either pot depending on your needs, and then add in a second pot to expand the system. I was happy to find that the 1.0 L pot slides right into the bigger pot to make up a two-pot system for a little more flexibility, which is what we did on our trip. 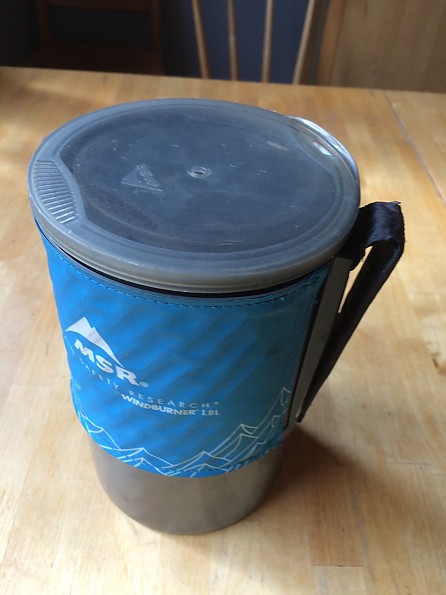 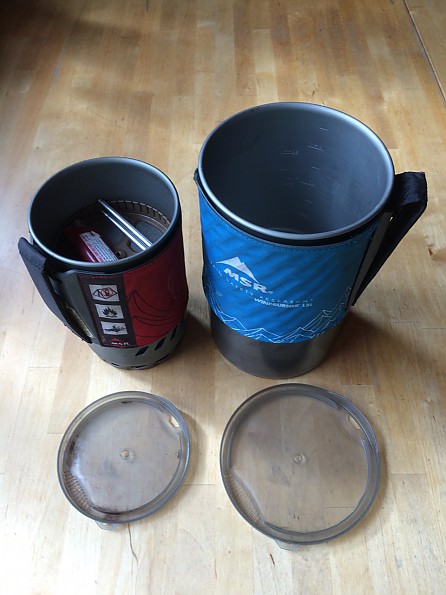 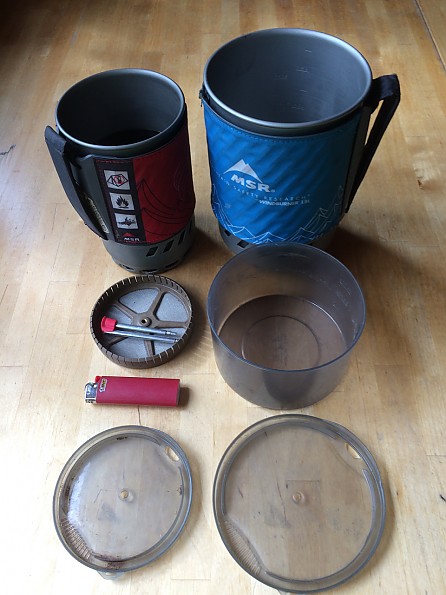 We probably could have gotten by with just the big pot, but it's nice to have a spare pot to boil up some water for a hot drink or other needs. The big pot with lid weighs in at 317 grams and the small pot with lid at 224 grams. The protective bowl weighs another 54 grams.

The bottom protector/bowl on the small pot won't quite fit in the overall stack to make a compact two-pot system that includes both mommy- and daddy-sized bowls, so we left the small bowl behind and carried another bowl for one of us to use. The lid is a tight snap-fit and can be counted on to stay on in the pack.

The 1.8 L pot comes with a new canister stand (20 g) that uses silicon rubber to provide tension on the three legs . It's wider and sturdier than the rather fragile original folding plastic model, and will fit inside the big pot with the burner head and a medium gas canister, but there's no place for it in the two-pot system, so I store it with spoons and other kitchen items. 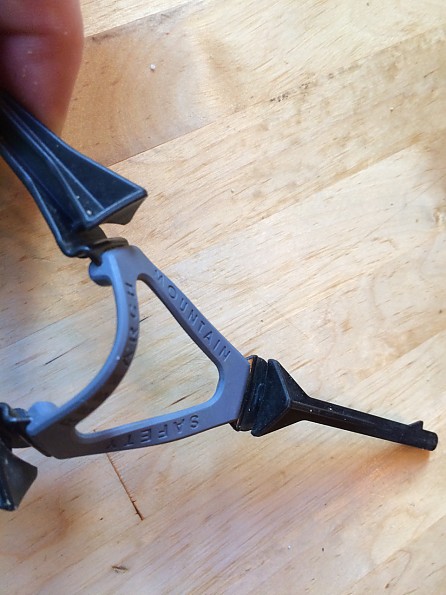 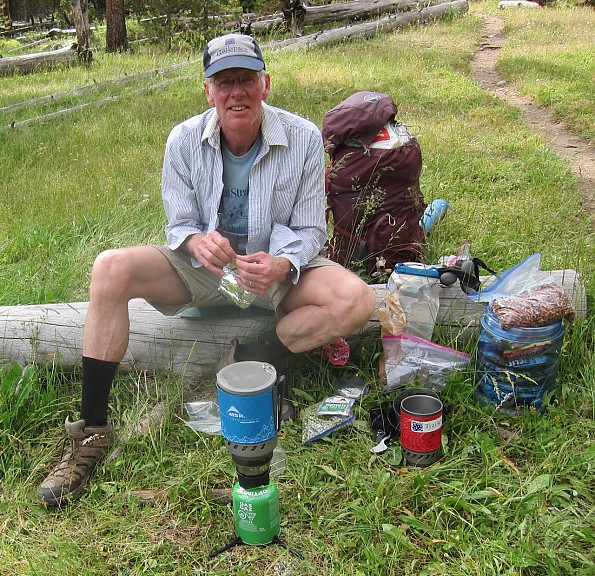 The anodized aluminum pot is light and sturdy and has held up well so far, as has the 1.0 L version. A dent on the bottom rim might interfere with it fitting and locking onto the stove, so I consider the bottom protector/bowl essential. The bowl on the 1.0 L pot fits too tightly so that it is difficult to remove.

This one has the opposite problem: it's a little loose, so that one edge can ride up over the base of the pot and it ends up at a slight angle. Maybe no big deal, but I'm a little worried that the wedging action of the pot inside the bowl might crack the edge of the bowl with enough force. We'll see.

The heat exchanger is the same as in the small pot, but expanded at the top to accommodate the larger pot diameter. 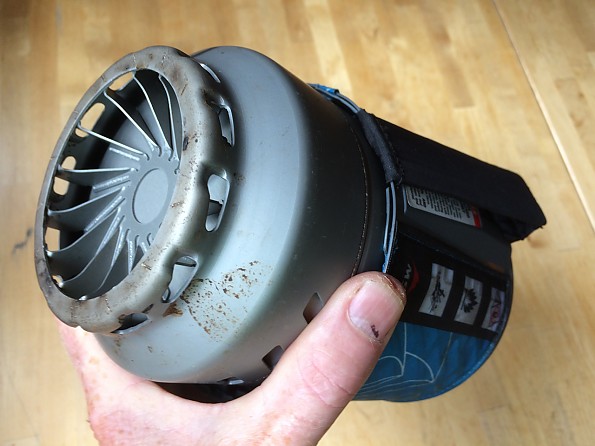 I haven't tested the boil times but I am confident that it is as fast and efficient as any similar-sized system out there, including the MSR Reactor.

We used the pot to make a variety of one-pot meals. It was big enough to accommodate a family size box of Annie's mac and cheese with some freeze-dried peas and a foil pack of tuna thrown in for good measure (a favorite recipe we call "tuna p. wiggle"). The strainer lid works well for straining pasta.

One downside is that the pot is too deep to stir right to the bottom even with a relatively long-handled REI polycarbonate spoon, never mind a spork or folding spoon. We left behind our folding cook spoon, but I would bring a long-handled spoon next time.

So far this pot has been a useful and much-needed expansion to my WindBurner system.

The WindBurner stove and its accessories were originally called WindBoiler.