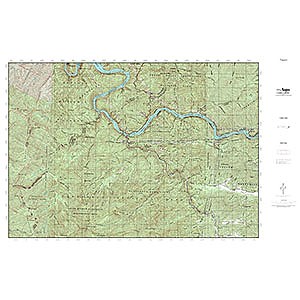 Map includes topographical countours and roads, but not trails.

I was happy to find MyTopo.com and to be able to order a topographical map in advance of my trip. I was disappointed when I got into my hike and realized there were forks on my trail which were not shown on the map, and even the trail on my map was very difficult to read.

Topographic contours are shown in heavy brown lines, and so are roads, so they are difficult to distinguish. The trail I was trying to take is marked with a very light dotted black line, but on the trail we discovered other marked trails in the national forest that are not on this map, and we were unable to determine which trail we were on as a result. Also, there are lat/long marked on the map, but no compass alignment, so it really can't be used as a hiking map effectively.

On the plus side, it is on nice heavy paper and was delivered on time as promised, but I would have been better off finding a map locally rather than in advance.

Thank you Alicia for the constructive feedback. 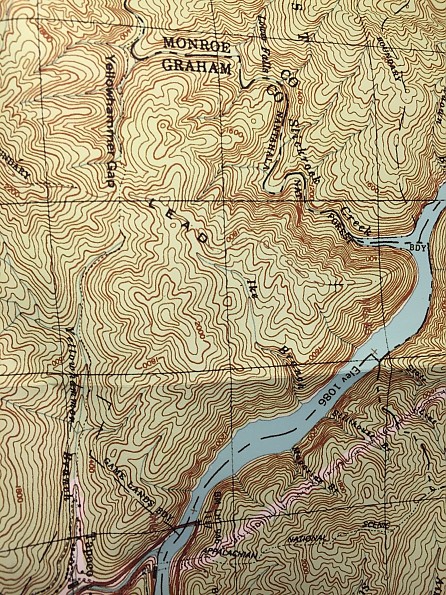 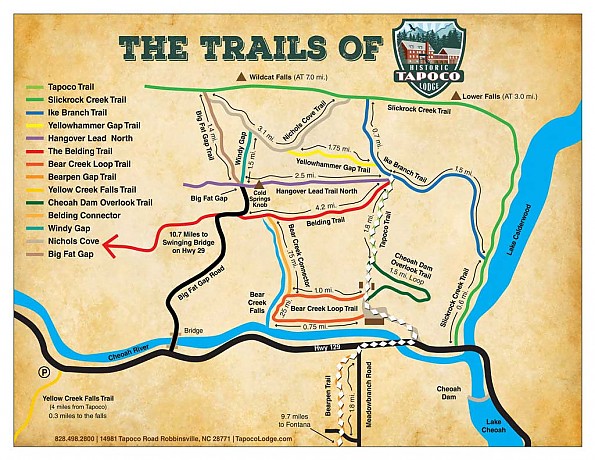 The first photo shows a portion of the map which I'm reviewing here. The creek "Yellowhammer Branch" is labeled. Just above that is a black dotted line that shows a trail that is probably the "Tapoco Trail" shown on the Tapoco Inn trail map in the second photo.

I say probably, because there is also a dead end road that runs parallel to that trail, right alongside the creek, that is not shown on either map. I did not find the Tapoco Inn trail map until after our hike, but it would have provided enough detail I think to have resolved our confusion. However, even that is not perfect.

Here is a photo of a trail sign near the junction of the Hangover Lead Trail and the Ike Branch Trail: 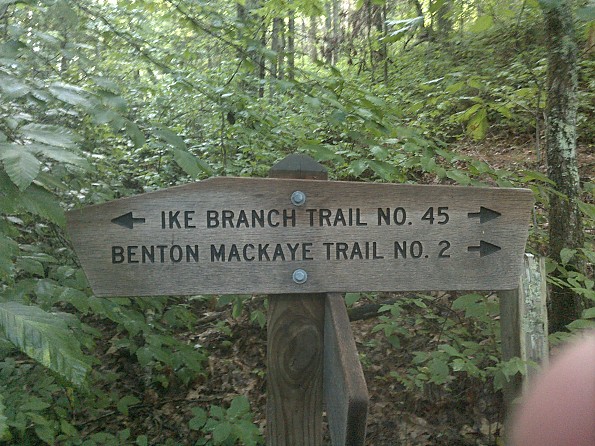 It shows something called the "Benton Mackaye Trail" We likely hiked on it, but we don't really know where it is or where it goes...

Lacking details that most other maps have. Low quality printing.

I bought this thinking I could get a customized topo printed on a good quality material.

When I received it, I was very disappointed.

For the very high price mytopo.com charged ($42) this was unacceptable.

Luckily they offer a money back guarantee. So I sent it back (at my expense).

Just before I sent it back, I lost my credit card and had to be issued a new one with a new number.

When I informed mytopo that they may need to contact me to get the new number, they said they wouldn't do that and if they couldn't do a charge back except on the original number and could only offer a coupon for another map.

So, now I'm out $45 and only a coupon for another lousy map from mytopo that I don't want.

Avoid this vendor at all costs.

I've been using topos my entire life to navigate the outdoors ever since I was little and my dad worked for the Forest Service.

Trailspace's community of gear reviewers has field-tested and rated the top maps.