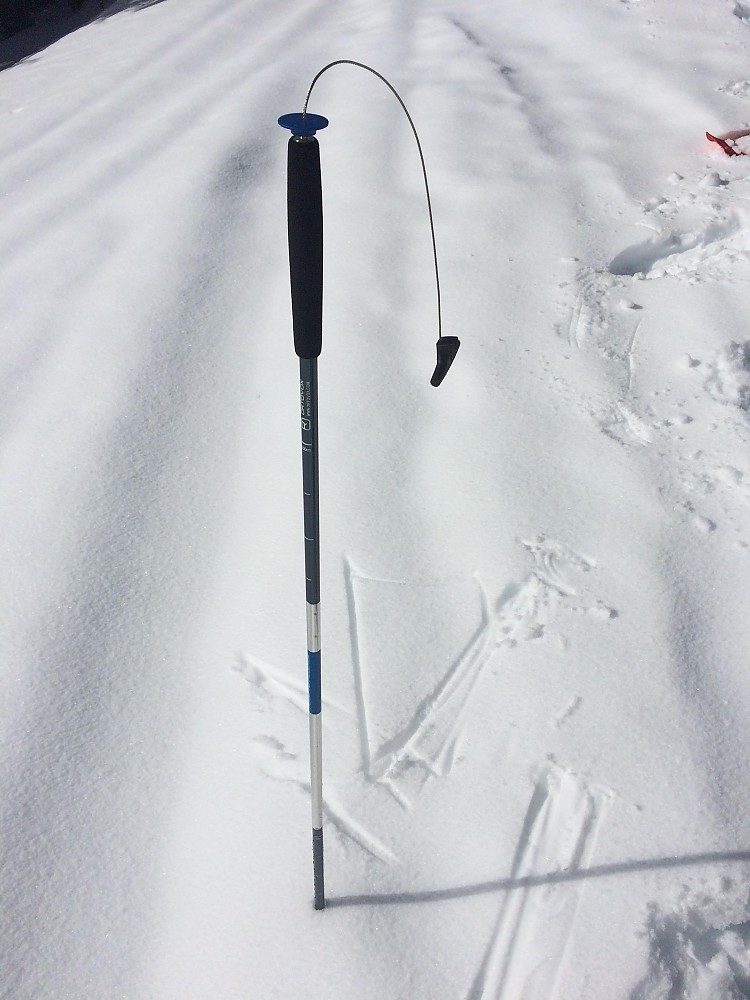 I have had the Ortovox 240 HD PFA avalanche probe for several years and carry it whenever I go into the backcountry here in the Cascades when avalanche conditions are present. 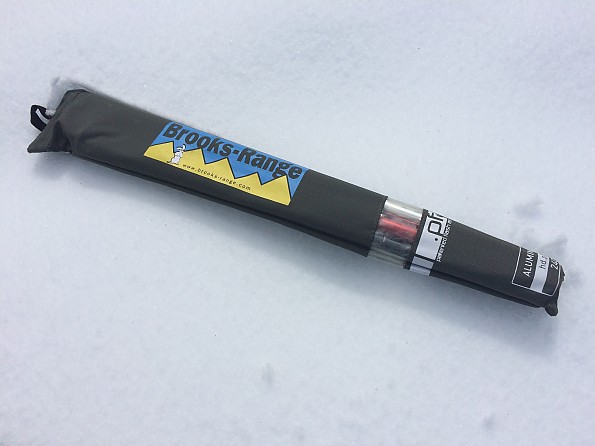 The closure system is opened by squeezing the ends and has internal steel springs that allow it to snap open and closed. I think that this is a good design approach over something like a simple drawstring like you would have on a stuff sack because it always allows you to get the probe out of the case.

In a real situation when you needed the probe to hunt for a buddy, it would be a real bummer (especially for your buddy) if you had a simple drawstring closure that couldn't be untied and it took you several minutes to free the probe from the case. 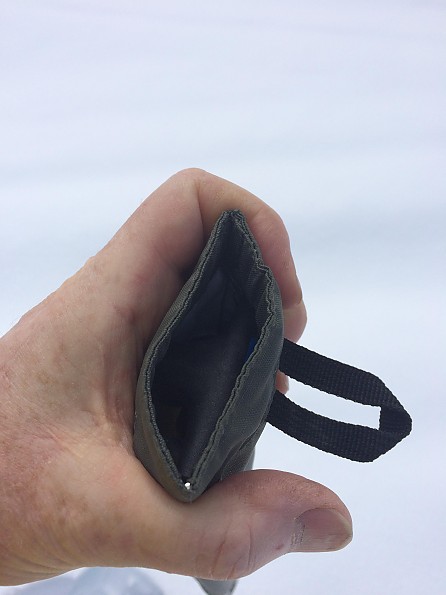 The probe consists of six sections where a stainless steel cable runs through all the sections and is anchored in the tip section and exits out through a locking mechanism in the handle section. The sections have numbers along their length to help you know the depth that you strike an object when you are probing. 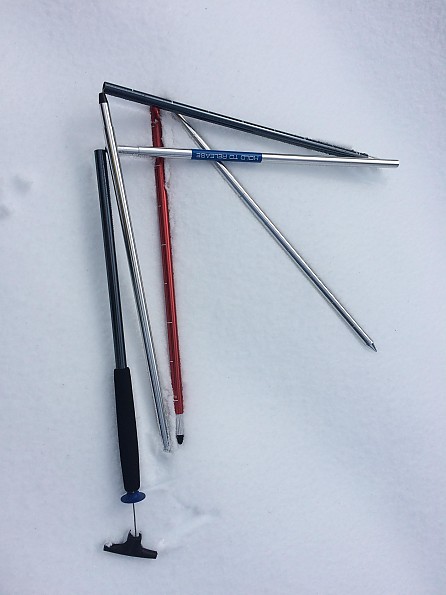 Each of the probe sections are well designed with a tapered tip that easily mates with the adjoining section when you pull the cable through the handle to assemble the probe. The final step in assembling the probe for use is holding the cable taut and then pressing down on the disc at the end of the handle to engage the locking mechanism that keeps the cable taught and therefore the probe together so it acts a a single long probe.

I am not sure if the design is intended for you to have to press down on the disc, but I have found that if I don't do this the sections of the probe are not held tightly together. To break down the probe you lift up on the disc and then the cable tension is released and the probe can be folded up and packed away.

Here is a picture of the disc at the end of the handle end used for locking and unlocking the cable. 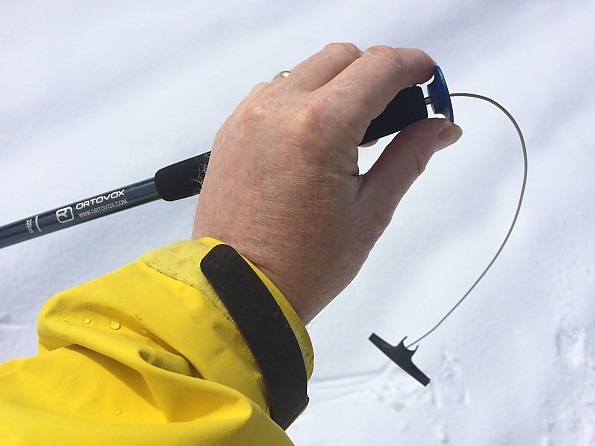 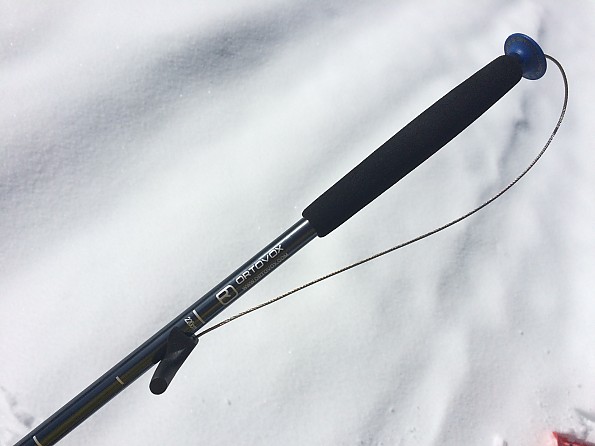 In use, the probe is nice and stiff and does a good job at penetrating crusty or icy sub layers of snow when you are probing, and I think the locking mechanism would do a good job keeping the probe together if the tip got stuck in soil, a rotten log, or rocks under the snow while you were probing. 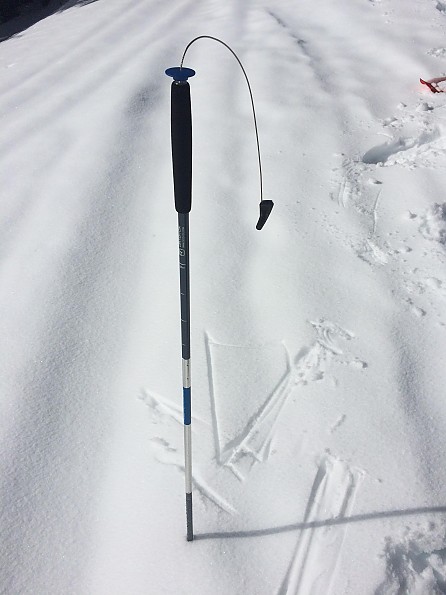 Avalanche probes are one of those items that ride around in your pack that you'll hopefully never have to use, but when you do, it needs to go together quickly and easily as it will most likely be a life or death situation. While I think this design does assemble easily, I can see issues if you just handed this to a buddy who was not familiar with this design to put in his pack if you were heading out on a trip and he didn't have a probe.

Since each of the probe manufactures use a slightly different approach for how they tension and lock the cable on their individual probe designs, it is extremely important that people know and have practiced how to assemble any probe that they will be carrying in their pack.

Overall, I like the Ortovox 240 HD PFA probe and would recommend it to anyone looking for an avalanche probe to carry on the winter backcountry adventures. As a reminder, whenever you do go out in the backcountry where there is the potential for avalanches it is important to make sure that each member of your party carries a beacon, shovel, and a probe and has the knowledge and training on how to use each of them.

Nice review of an important piece of gear, Mike. Thanks for taking the time to share it. I hope you don't have to use it for its emergency purposes though. What beacon do you carry?

Thanks Alicia. My beacon is a Backcountry Access Tracker DTS that I have had for a number of years and have been very happy with it as it is just about the simplest beacon out there to use.

That's what we have too, though I haven't had cause to use it the last few winters. 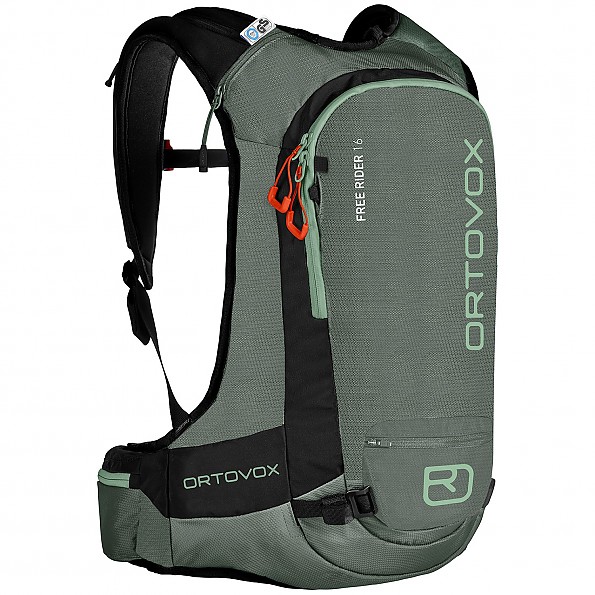