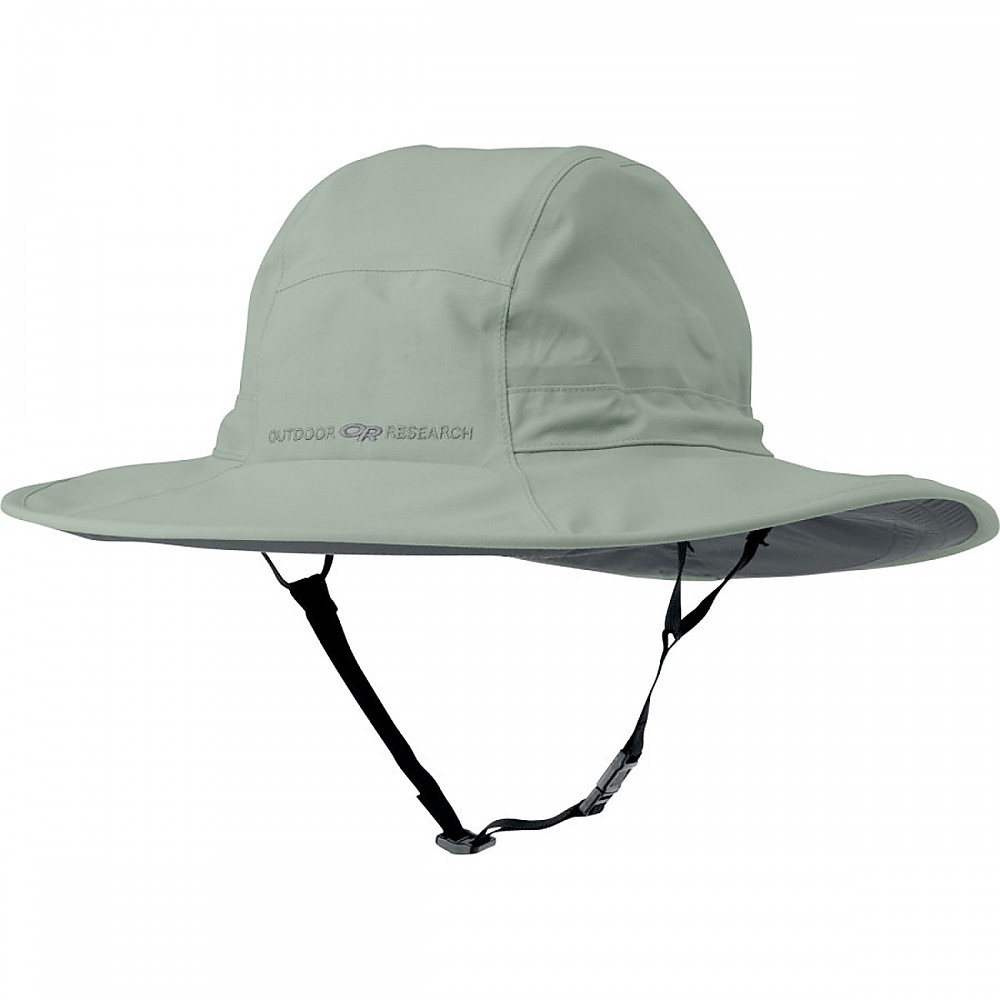 If you want a comfortable storm hat that will keep your head dry in downpours and the rain out of your face, this is it. I am a hat person and this is my favorite. 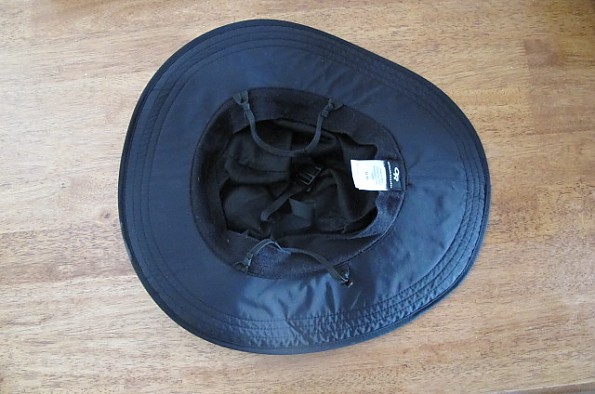 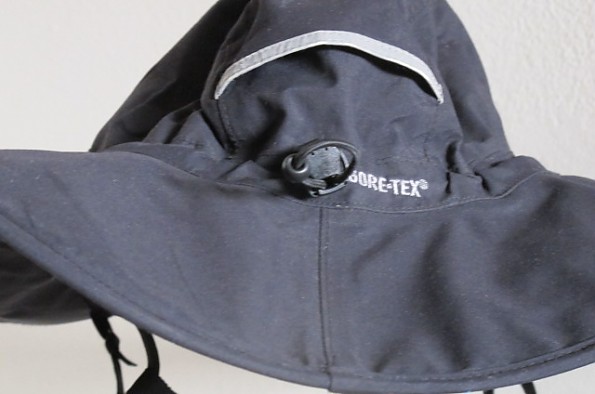 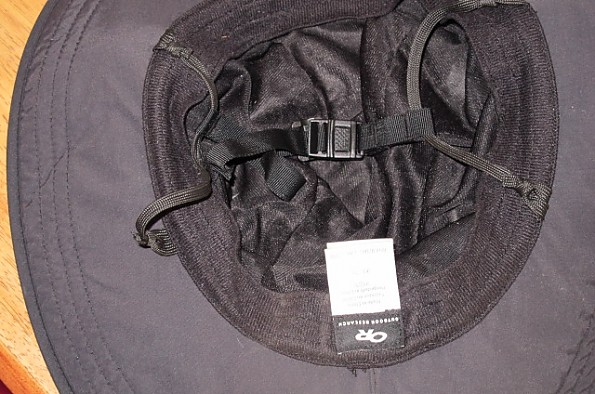 The Force 9 is made of 2 layer Gore–Tex fabric (While the O.R. website does not specify, I think it is Paclite.), one of the most waterproof shell fabrics on the market. No matter how terrible the cats and dogs, water will not penetrate it.

It has a broad brim, three inches in front expanding to four inches in the back, and is hardened on the front so that is does not get all flappy when in high wind, like Outdoor Research’s similar Seattle Sombrero, which I also own.

It is broad enough so that neither wind blown rain nor water running off the brim get into the neck area of your jacket, and the extra inch in the rear even helps prevent water buildup in unworn jacket hoods. The tradeoff of the firmer front brim is that the hat is not quite as packable as the Seattle Sombrero, yet it is still pliable enough for easy packing.

For improved breathability and ventilation, the hat has a rear vent that is well protected from water infiltration. This works so well that the hat is not uncomfortable to wear in warmer temperatures, which is a problem I have with the Seattle Sombrero, which lacks the vent. The Force 9 has a head adjustment cord with secure lock, an adjustable neck strap, a sweat band, and four small round magnets — two in the brim and two in the dome — so as to flip the sides up.

As for complaints, other than the magnets moving around somewhat, I have none, though some think that the hat looks a bit dated, a remark that I very much pooh-pooh. This, however, is not the fault of the hat, but a sign of changing times and tastes. Broad brimmed hats may have been quite stylish up until the early nineteen seventies, but not so much in the current epoch. How unfortunate.

The Force 9 Sombrero is another great product from my favorite head and hand-wear company, Outdoor Research.

If you want magnets to throw your compass off, or a slight wind to blow the brim into the up position you might like this hat.

I always get a hat that is sized a bit large so I can adjust how it fits on my head, and use the cord lock if wind becomes a problem. I put a compass on the cord and slide it inside my shirt.

This hat would be fine except for the magnets. The magnets mean if the wind pushes the brim up at all the magnets grab hold much more often than the velcro ones. This means you are constantly pulling the brim back down.

I have OR's Meteor Mitts, which also have magnets. At least those could be cut out, and other features still make those a 5-star item. I had the polarity permanently reversed on one compass because of the magnets on the mitts.

I just lost this hat on a month long road trip, otherwise I would have cut out the magnets to save for something else and thrown this hat out. Now I look real close before I buy anything online (esp. from OR). 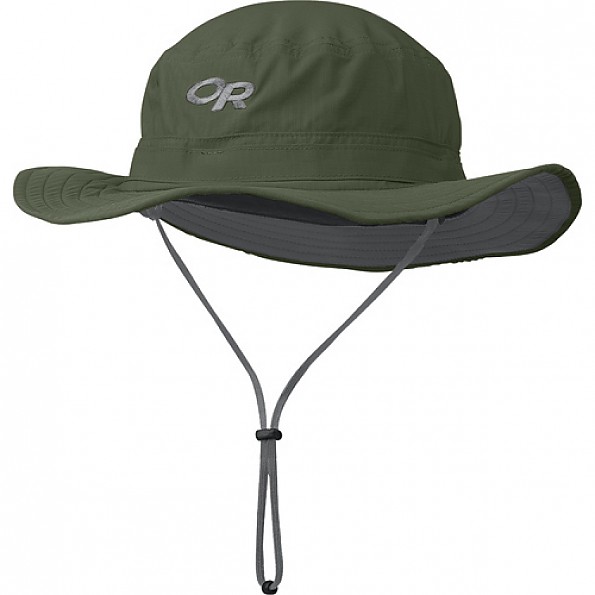 Trailspace's community of gear reviewers has field-tested and rated the top sun hats.