The Men's InsulMat Hyper-Lite has been discontinued. If you're looking for something new, check out the best self-inflating sleeping pads for 2020. 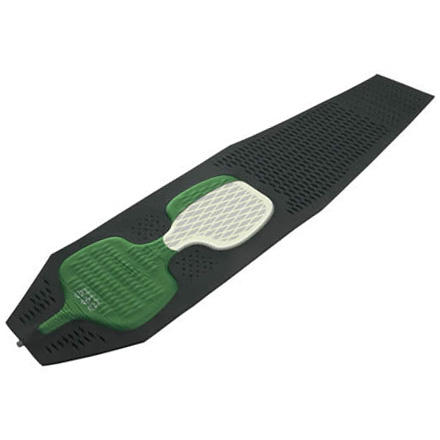 The InsulMat Hyper-Lite 1.0 is a great concept but unfortunately not a great product.

The concept is simple: a hybrid sleeping pad that inflates beneath the heaviest parts of your body (shoulders and hips) for comfort, but is foam everywhere else for reduced weight. The pad is also mummy-shaped rather than square, which should likewise reduce weight.

Unfortunately there are three flaws in the product. First, for reasons beyond comprehension the designers put the inflation valve at the TOP CENTER rather than at a corner. Depending upon your height and how much you move around during the night, it is likely that the cylindrical valve will end up directly under your head at some point!

The second problem is the weight. The manufacturer incorrectly advertises a weight of 17 oz (495 grams) for their regular six-foot size, but I measured it at 545 grams, which makes it nearly the same weight as superior competing products.

Third, the product does not pack very well. The InsulMat Hyper-Lite series cannot be squeezed down or folded, but is stored by rolling it up like a standard foam pad, leaving you with a large cylindrical bundle to strap on the outside of your pack.

Competitive products are superior. A Therma-Rest Pro 3 for example is fully inflatable and larger (rectangular instead of mummy-shaped), has the valve conveniently placed in the corner where it belongs, packs down much smaller, and weighs only one ounce more.

The Insul-Mat is marginally cheaper than the Therma-Rest Pro 3, but the difference in price simply isn't worth it.

I cannot recommend the InsulMat Hyper-Lite.

I don't like the (lack of) sleep comfort offered by an all-foam mat under my torso and don't completely trust self inflatables nor care for their higher carry weight. This is a good compromise; the lightness of a foam pad, full coverage down the legs (no 'shorty'), and a self inflating air mattress bladder for the shoulders and hips. The combo works. Reliable warm sleep through 3 seasons and little carry weight. It is also deployable almost instantly. Recommended. 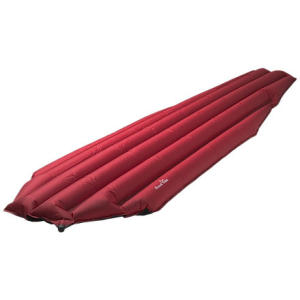