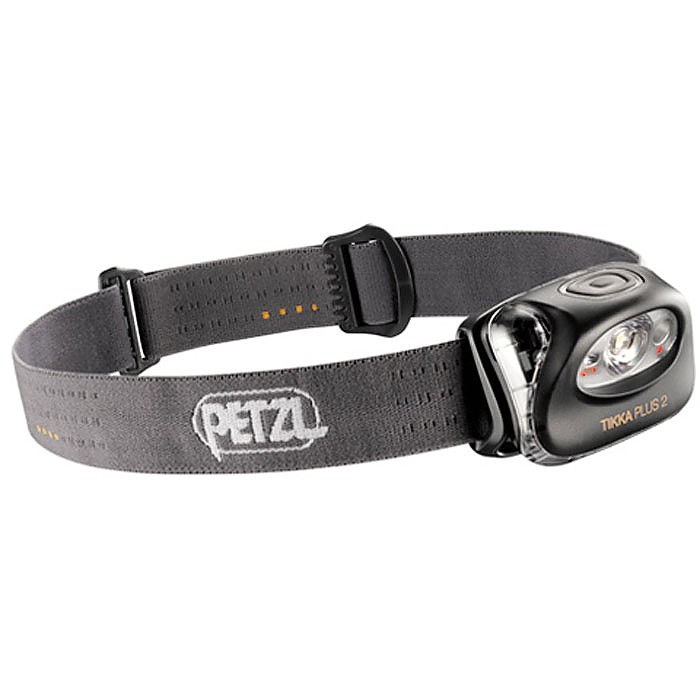 I love this light. I have used it once mountain biking at night (on high power 50 lumen) and found it to be surprisingly functional. The strap worked well to keep it in place on my helmet, although the available overhead strap would have kept it deadlock secure in the bumpier, more technical sections of the ride. The beam adjustment for vertical angle is super easy and so far secure.

Petzl's regulation circuitry is excellent. I haven't had to replace the batteries yet, even after several trips using the light at full power. The included warning light for low battery power has yet to come on. I never experience any fluctuation in the beam or intensity.

The button and selections are easy to use, even with all but the thickest of gloves. I used the Tikka on a recent hiking/snowshoe trip in pitch black, sub-zero temperatures and had plenty of visibility using only the low white light setting. Impressive and simple overall, with a nice infrared and red safety light feature built in.

My only gripe is that the new Tikka's circuit board and led diode are fused together and make modifications difficult at best.

Overall it's a great product in its class in OEM form.

The Petzl Tikka Plus 2 is yet another headlamp alternative for hikers/campers, and one of many on the market. Popular for its climbing gear, the Petzl brand is indeed a famous one in the outdoor community. This lamp does its job, and does it pretty well, but it may not be the best there is.

While it is a good lamp, there might be better alternatives such as the Princeton Tec Byte, or even an Energizer lamp. In fact, Outside Magazine's "Gear of the Year" has not even mention Petzl in their headlamp lineup at all as of late.

Still, the two times I have used this it has served me well. I have used it for both camping in the Rockies and early morning fishing in Tennessee. The four different light modes are nice, but in pitch dark I generally keep it on the brightest setting. For night fishing, I used the red "night" light to be able to see and not scare the fish away. This worked well—I caught several fish! It also works really well during those middle-of-the-night potty breaks in which you need to see but don’t necessarily want to blind yourself or your hiking partners.

The light housing seemed to resist water well while tromping through the rain from my tent to the latrine in Colorado. However, cold air killed the batteries fast. This isn't so much a fault of the lamp as it was my batteries.

My biggest gripe is the "low battery indicator," that essentially warned me the batteries were low right before they stopped working altogether. Not very useful. I’ve learned my lesson, and from now on will only be using lithium batteries for something as critical as a headlamp or lantern.

The Tikka Plus 2 is a good lamp and serves its purpose well. But, there might be better (and cheaper) alternatives on the market that outshine this popular item. 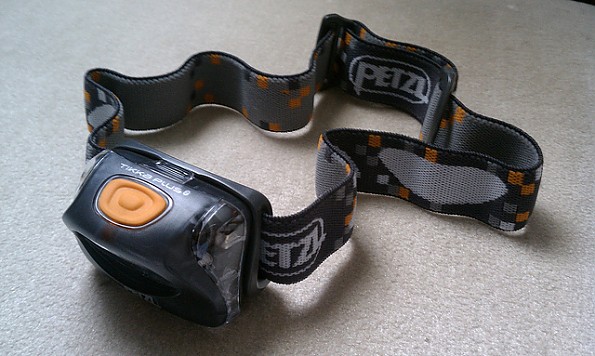 I have recently bought a Plus 2 at REI for just over $30. My biggest problem with the light was the light beam shining through the clear plastic which is the front part of outer cover. A good analogy would be driving at night with the inside dome light on.

Anyway, my fix was a black Sharpie marker pen. Now the clear plastic is black, and now it's a 5 star unit. Wish Petzl would change the outer cover.