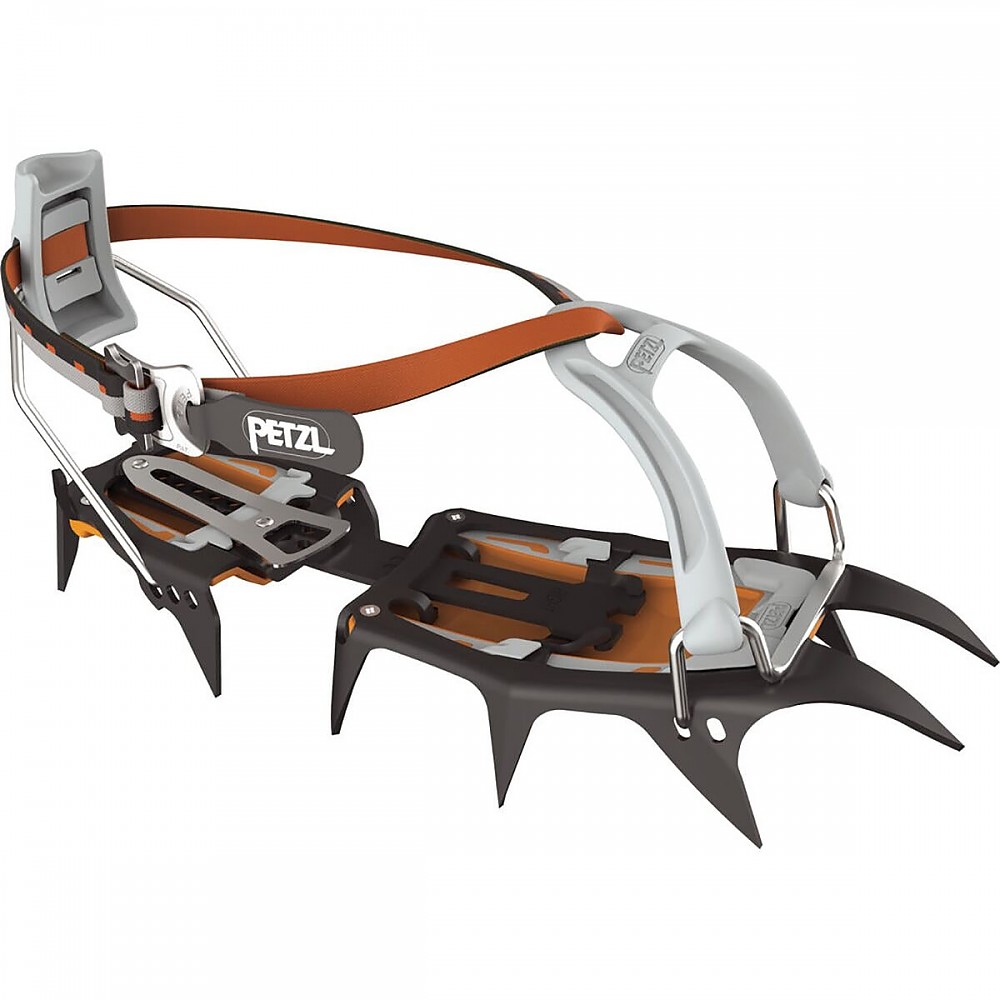 I have the Vasak Spirlock crampons, not the ones pictured which are the Sidelock. Just got to give them a good test on Mt. Washington Feb. 21, 2007. They were great, easy to put on and take off. A great buy!

The Bad:
The anti-snowballing plates on the bottom become damaged fairly easy when mixed climbing.


I picked these Petzl - Charlet Vasak crampons up in 2004 from Pro Mountain Sports in Seattle. My friends and I were heading in to the Coast Mountains of British Columbia to climb on Talchako Mountain. Before picking these up I had been using either Grivel Rambocomps on the winter waterfall ice or Stubai Ultralights for skating across glaciers in the Cascade Range during the summer. What I really needed was something that was made out of steel for the strength, climbed well on rocky terrain, and was fairly light. I chose these crampons because they seemed to have a good set of wide and forward protruding front points for steep snow. The secondary frontpoints (the ones behind the frontpoints) are also tilted forward slightly in order to give the bottom of your foot more stability when standing on the frontpoints. This makes for less stressful climbing and saves energy. I was looking for a system which would mold well with my 10 year old LaSportiva Makalu boots, a set of high top approach sneakers, or even on a set of plastic boots as well. Considering that I chose the FlexLock binding system. This was new to me. I was always skeptical about how well the crampons mated with the boots with these sort of binding set ups. Generally I was scared that my boot would come out of the crampons while climbing steep terrain and leave me in trouble.

We headed out on our trip and made our climb which required numerous pitches of mixed climbing, steep snow and ice and well plenty more rock climbing too. They performed on that trip quite well. I was really excited that I also lost that fear of the boots coming out of the crampons. This binding system is solid. I don't doubt it one bit. After this climb we got back to camp and eventually I got around to doing an equipment inventory. I noticed that the anti-snowballing plates on the bottom were already seeing some noticable abuse after only one climb. It wasn't really a huge surprise but I was hoping that they would be a little bit tougher than they turned out to be. This crampon needs to come stock with an anti-snowballing set up which permits simple removal of them without the use of tools. At this time it is unclear to me if there is a newer anti-snow system which comes stock on a set of Vasak crampons. Replacements seem to be in the $30 price range.

Later on I took them on a round of many other alpine climbs in the Cascades and B.C. Coast Range and these crampons are the workhorses in my stock of crampons now. The Vasaks have had no problems fitting on my Scarpa Alpha double plastic boots or my La Sportiva approach high top sneakers. That's a fairly wide range of footwear. They're so light that some people question whether or not they are steel. I would recommend these crampons as they are well worth the money spent.

I have the Vasak Spirlock as pictured. The one with heel wire bail and front toe binding. Mine come with the grey soft rubber anti-balling plates. I spent two weeks recently on Chola Shan (6168m)in Sichuan, China. The mountain is heavily crevassed. It is mostly dry summer ice field that I walked on (in August).

The binding system (spirlock) is a bit more tricky to put on than the traditonal heel-lever one. Maybe it was the altitude and cold fingers. I was a bit worry at first that it might not bind well at the heel. But after subjecting them to two weeks of glacial travel and some ice climbing I am convinced. It does what it promised to do (general mountaineering) well.

The longest section of steep alpine ice that I did is a 50m plus of 70 degree ice wall. And I finished the climb without any issue. That speaks well for the crampons and the rather odd binding system (spirlock).

The only issue I have is that the soft rubber anti-balling plates don't seem to last. I noticed some cracks on them. I guess it's due to the heavy use on rough ice surface and the moraine.

vote up
-3
vote down

I have not used these crampons for climbing yet. Don't know if I even will.

However, I purchased these (I have the ones pictured) crampons for hiking in Rocky Mountain National Park. What a difference they make. Last year I used Yaktrax and I continued to slide all over the trail and loose my footing.

With the crampons that is not an issue. I have used them on fresh powder and snow and ice packed trails. They work best on packed snow and ice.

I did find that when trekking throught knee deep new powder and the first for the season that I hit a lot of rocks when walking and caused me to just about lose my ballance.

High altitude hiking with packed snow and ice, they are tops. I prefer them to snowshoes any time.

My only trouble is, I seem to catch the inside of my left pant leg with my right foot and the spikes are cutting into my gaiters.

Also, I should add, they are much easier to walk in than what I thought they would be when looking at them in the store. Assuming of course you are on packed snow or ice. 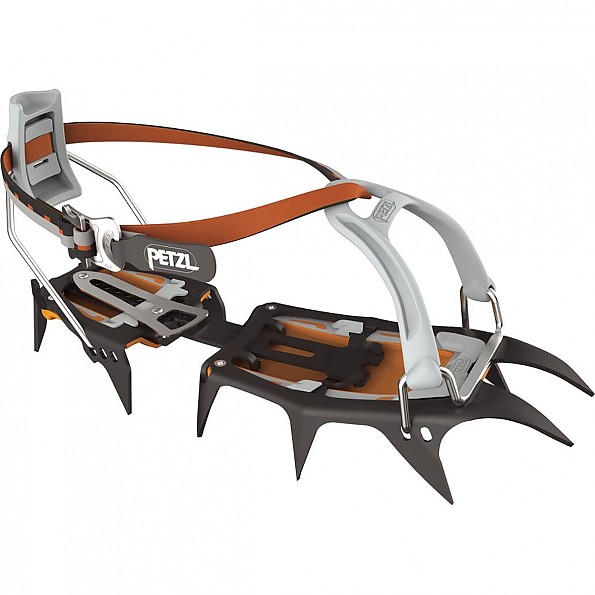