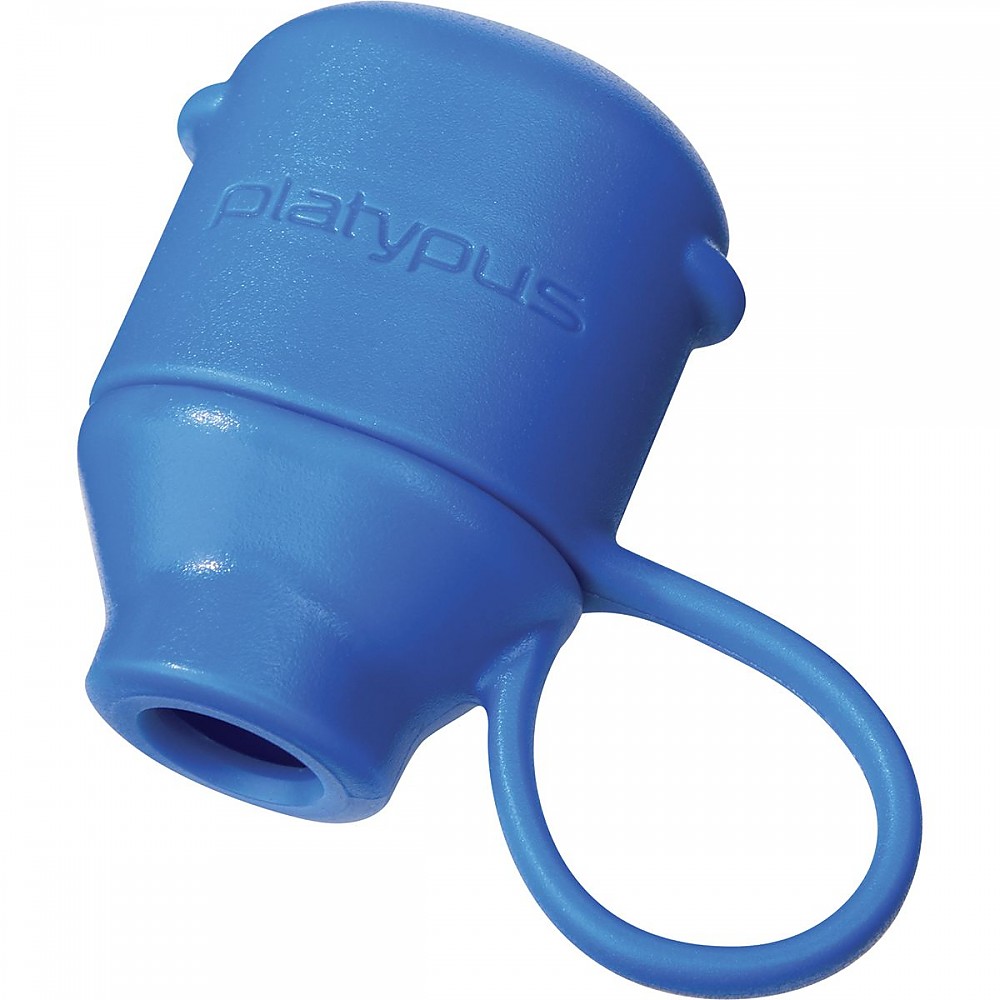 Keeps your bite valve clean and sanitary. Potentially prevents you from getting sick on the trail (as I did) when you're far from the trailhead.

I was hiking the Northern Traverse in Glacier in September. On the fourth night, at Stoney Indian Lake, I became really sick with a bad case of gastroenteritis. When we arrived at camp, it started to get windy, cold, and wet. I and my two hiking partners set up camp, then walked over to the cooking area for dinner.

Curiously, I had no appetite and had to force down a freeze-dried meal. It was late, rainy, and cold, so we turned in for the night. About two hours later, I was awakened by a wave of nausea. I vomited a couple of times which was soon followed by urgency and diarrhea. This continued all night long. I vomited once more in the morning. I knew I had to get out of the mountains. After an 8.5-mile trek down to Goat Haunt, we decided to end the hike and exit the park through Waterton, B.C. Huge bummer! It wasn't a fun trek down to Goat Haunt, that's for sure.

What caused this? Where did I pick up this bug? My hiking partners didn't get sick. We were all very conscientious about sanitizing our water. We ate basically the same things (freeze-dried, trail mix, some jerky, dates). I was the only one using a water bladder. My partners drank only from canteens. My Platypus was well sanitized prior to the hike.

I discussed this with a friend of mine who is a retired doctor and experienced backcountry hiker. I told him I knew my Platypus's bite valve landed in the dirt every time I took my pack off. I tried to prevent this, but I don't think I tried hard enough. He concluded that I likely contracted the bug from a germ-infested bite valve or from poor hygiene after latrine use.

I was pretty religious about using hand sanitizer after visits to the park's pit toilets, so I kind of suspect that the filthy bite valve may have been the culprit. Hundreds of people use the park's campsites through the summer. A lot of those folks step in horse manure and god-knows-what-else along the trail and in camp. I find it's almost impossible to keep my bite valve from touching foreign surfaces when I remove the pack and set it down.

I decided to buy a bite valve cover. Haven't trail-tested it yet, but I tried it here at home and it seems fine to me. No problems with it that I can see.

Hint: Pull the bite valve off the hose, install the cover on the valve, then press the valve back on the hose. Lord, I never want to get sick on the trail like that again. Miserable. Neither do you. For 6 bucks, it's worth the investment. 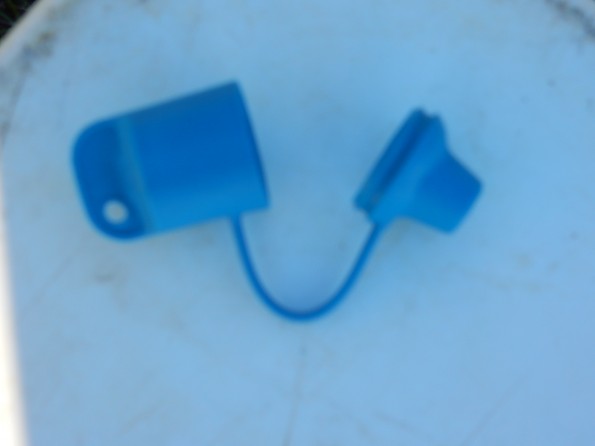 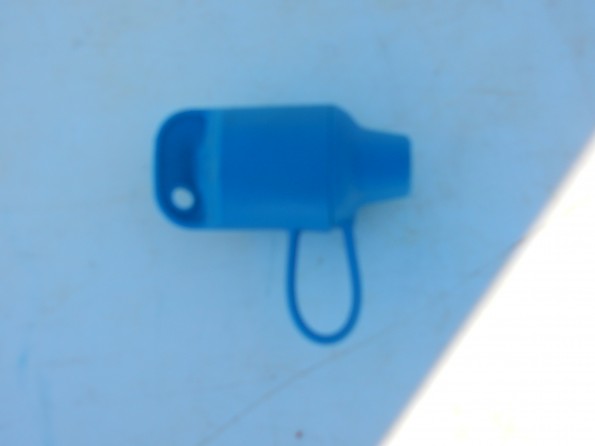 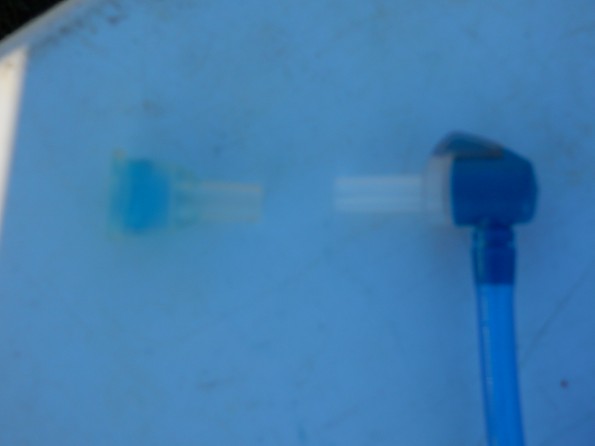 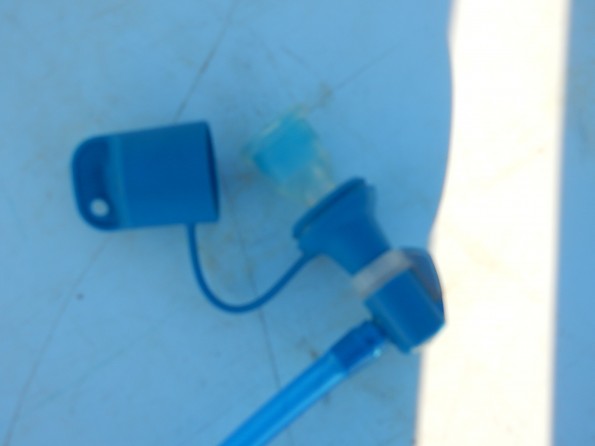 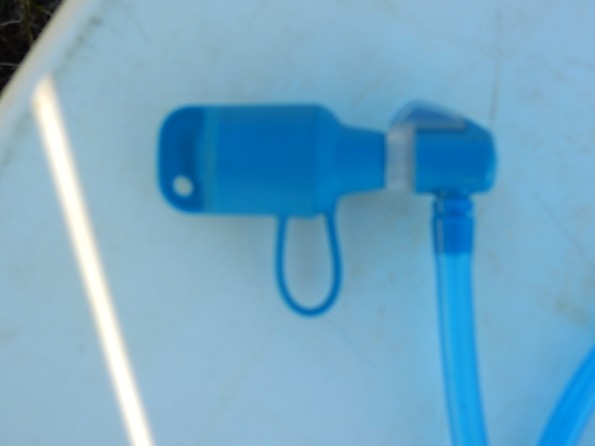 I am always having to keep pressing it to keep it shut.

I was really excited to hear there was a valve cover because mine would always get sand and dirt on it. But I found that the cap does not really stay on and I am always having to keep pressing it to keep it shut. However, it's better than nothing. 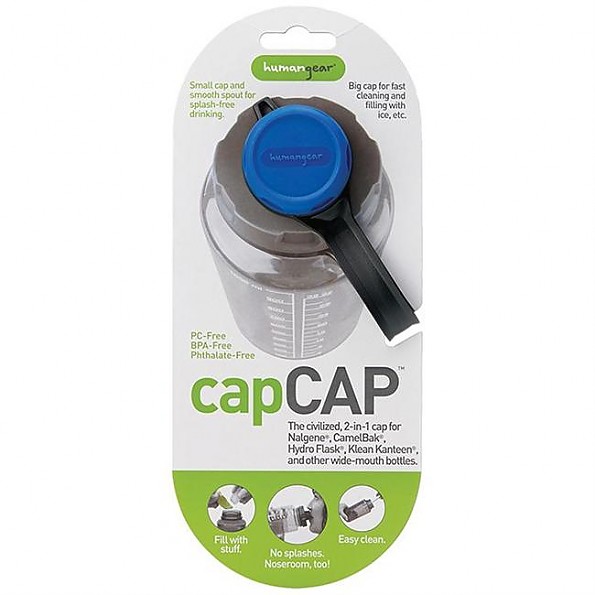 Trailspace's community of gear reviewers has field-tested and rated the top hydration accessories.