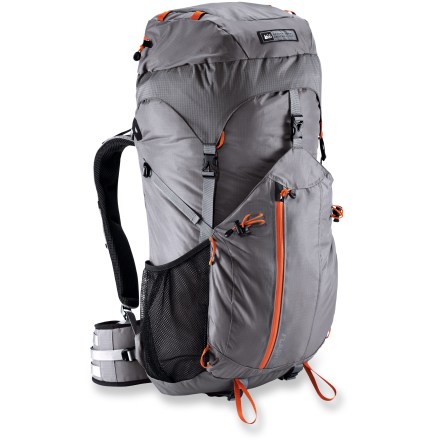 It's a good bag for transitioning towards UL; its removable features give you options both more traditional and lighter weight. Its best feature is its price now, years after it came out in 2010, though.

Mistake! I think it would have been comfier for me if I'd left the frame in, but as was I just went beastmode and hammered out about 40 miles in 14 hours of hiking and was sore, sore, sore the next day, both in my shoulders and in my hips.

It has one good hip-belt pocket, and maybe I'm spoiled, but I really wanted to have two. The left side, without the pocket, has molly straps or something, which look like they're meant for affixing things with clips, like a walkie-talkie. I really wanted to use it for my bear-spray, but it was a pain to finagle it on there in such a way that it didn't bang my leg constantly as I walked, but at least it was quickly accessible if I needed it.

I returned it because of this, and have since gotten a real UL pack that suits me better as I've learned the style, and I've been fairly happy with my ULA CDT since I got it.

The Flash 50 would be best suited to someone just beginning to lighten up, as you can use it with a frame for heavier loads but also leave the frame home if you want to try going lighter in both your load and level of support.

Given that, for the money it'd be a great first UL bag and then keep it as a loaner once you figure out exactly what you want with more experience hiking with lighter loads. That's what I should have done; I probably returned this one too soon.

Overall good, but the straps hurt!

It's a good pack to start backpacking with. It's light and had different compartments on the outside and top of the backpack. The only bad part for me is the straps. They're very thin and don't have much padding.

Awesome back and I would certainly buy one again. Can fit all my gear and my flyfishing gear into this pack for several days in the back country. Would recommend to anyone interested in getting this pack.

Awesome pack, I have had this for over a year and really like the lightweightness of the pack. I have gone to carrying less stuff so this is great for me. Go into the back country to flyfish and camp and I can get everything I need into the bag.  A little tight but overall great.

I have had the Flash 50 for a little over a year now. Honestly, I have no big complaints with the pack's performance. The size is perfect. You think you will overpack it, but are pleasantly surprised to have plenty of spare room at the spacious top.

I am normally pretty rough on gear and the flash has held up extremely well. I can't say enough about the snug fit. I have loaded the thing several different ways and weights, and always the pack successfully positions the balanced load on my lower back and hips perfectly. The adjustability is great.

As with any pack, it's essential to get an appropriate sizing to your torso. I purchased the medium, having close to a 19 in. torso, and sometimes regret not opting to the large.

Overall, an awesome and dependable pack that has not let me down yet. I will definitely be purchasing additional REI packs and equipment in the future.

purchased this pack to bridge the gap between a day pack and a true weekend/short multi-day bag. it fits that niche very well. i compared it to a series of similarly-sized packs made by REI, Gregory, Deuter, Golite, and Osprey. I liked the combination of price and features on this one, and i like the flexibility it offers.

advantages: an internal frame that is contoured and comfortable, lightweight but can handle 30 pounds comfortably, and that can be removed to make this an incredibly lightweight top-load pack; a lot of pocket options; comfortable hip and shoulder pads; well-thought out hydration ports.

issues - torso length is not adjustable. try it on and make sure you pick the right size for you.

the only potential disadvantage is that the fabric is very lightweight. too early to tell how durable it is, but so far, a great purchase. 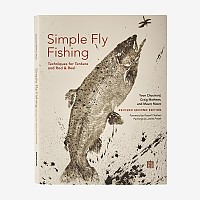 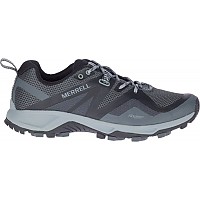