The X Alp Mid LTR GTX has been discontinued. If you're looking for something new, check out the best hiking boots for 2021. 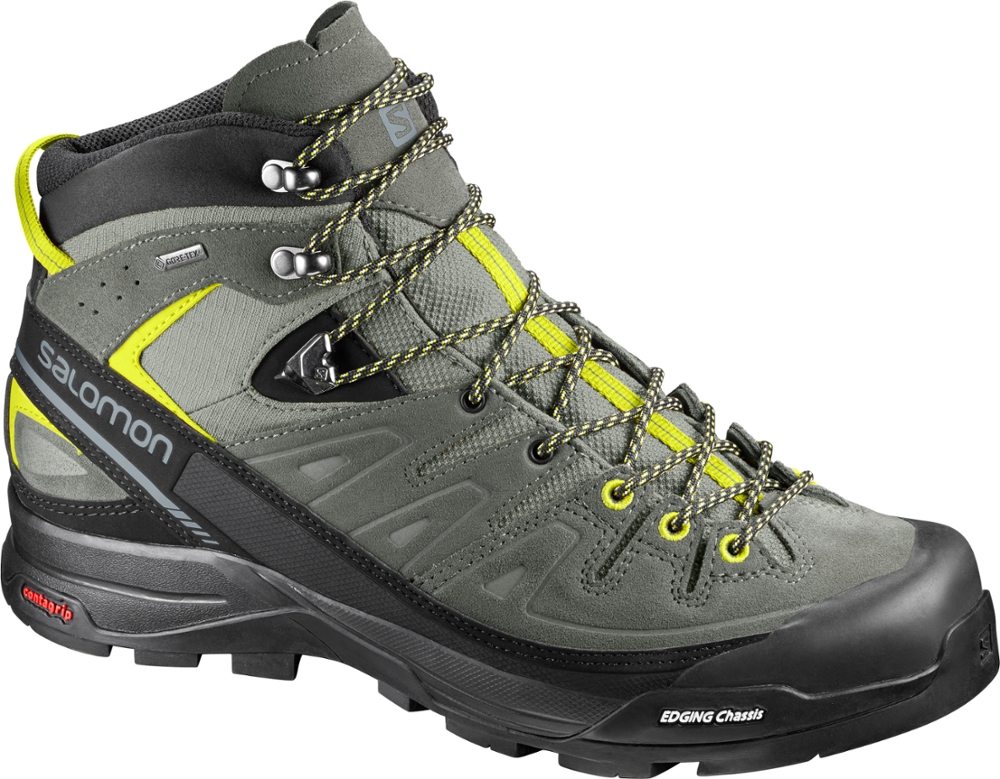 They are not the boots, in mid or high edition, that you will opt for to climb the Alps or McKinley in mid-winter, but with these on hills and mountains you can do almost everything else. Climbing up to a III+(UIAA) grade, or hiking every trail on and off, or snowshoeing, or three-seasons mountaineering, or in forestry and similar jobs, the list is endless.

This boots series is a category on its own. Just to put it simply, it is unique and has no competitors or alternatives in any brand so far, so arises a major question "why" Salomon discontinued its production. The company kept having them in the Forces Collection, until recently, for the US market. They now produce only its cousin, the Quest 4D, which is more backpacking oriented but lacks the midsole protective face and the extra climbing attributes.

While hiking in it over moderate or long distances I've climbed on many steep slopes or rocks, even up to III degree, and on numerous rappels short or big. I have not used this model on via-ferratas, so I have not an opinion of the shoe-arch strength in a use like that. In theory, as B1 type boots they accept classic C1 crampons but I've not used the X Alps like this so I'm not so sure if they endure after multi-hours in crampons.

It has not so cushioned stepping, so users who are used to modern boots, maybe, will dislike it for distances longer than 8-10 miles, but personally I like this sense when it comes up naturally as in these boots.

About 400 miles in these, over two years period, at the same time using other boots or shoes as well, season and terrain depending. I'm 55y old now, and in the hill-hiking or mountaineering from my teens age, most of the time in Europe region, currently 3 to 8 times a month.

Thanks for sharing your first gear review with us, Savvas Hiker!

A shame that they've discontinued them.

I used them with C1 crampons and they work fine. Also great with snowshoes - they are amazingly light and the sole is very innovative being flexible in one plane only.