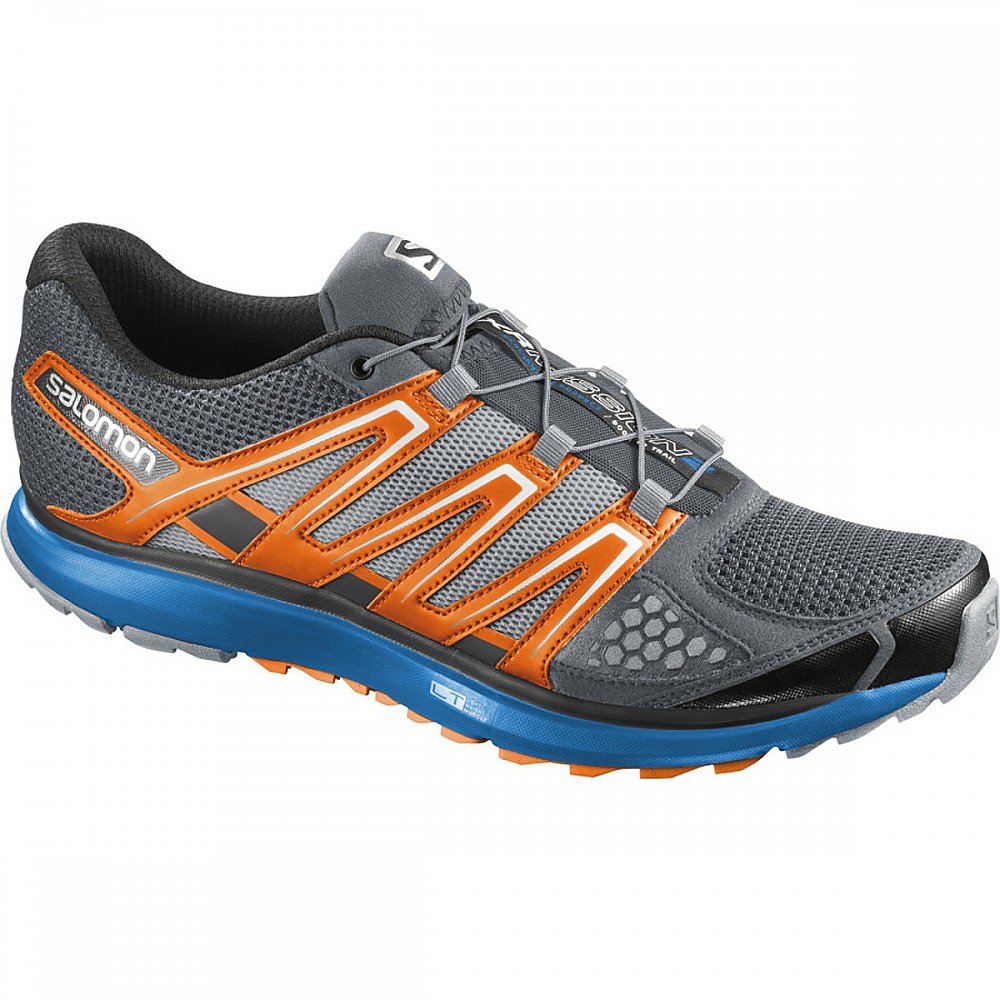 Transitioning from road to trail is a tough thing to do for a shoe. The Salomon X-Scream does an incredible job of providing rugged support for trails yet a smooth ride on pavement.

Disclaimer: I own a running store. However, I do not carry Salomon products.

The Salomon X-Scream is a new shoe in Salomon's City-Trail line that boasts itself to be a transition shoe from pavement to off-road. I have been turned off by Salomon's shoes in the past due to their narrow fit and my wide feet, but I thought I would give these a try. I'm glad I did.

The fit on these shoes was very surprising. As mentioned above, Salomon shoes tend to bee too narrow for my feet. However I looks like they might be adding some room in the forefoot with this model. They were still a bit narrow across the arch but not terrible.

My first run with these shoes put them to the test. I was running a local park that has some wide but technical trails and also has paved sections. I brought a spare pair of shoes just in case they couldn't make it through the 9 miles I had planned. However they performed magnificently on all surfaces. There was enough support and protection to go over the rocks and other gnarly stuff on the trails but the tread wasn't too aggressive when I hit the pavement. I was shocked at how smooth the ride was off the trail. 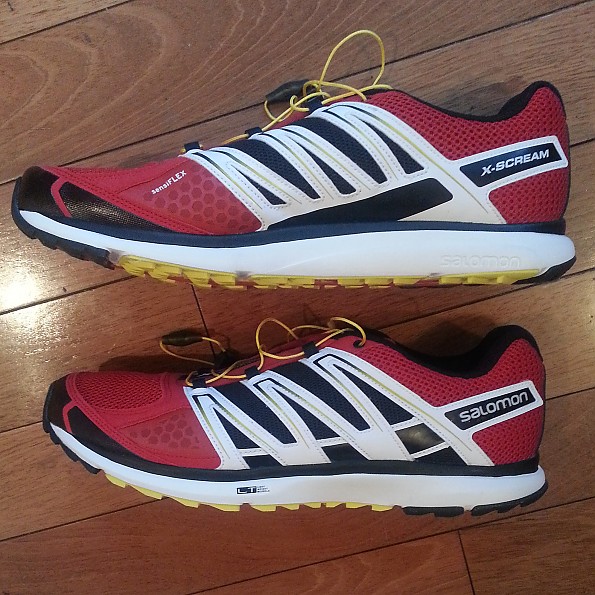 That same day, the skies opened up and it rained hard. Within about 3 minutes I was soaked and it wasn't letting up. This is where I think the shoes could have done better. The shoes held on to the water that was coming down and didn't drain very well making it feel like I had puddles inside my shoes with every step.

Another downfall in my opinion is Salomon's lacing. I don't like their lacing on any of their running shoes. I appreciate what they are doing to not make you worry about your shoes coming untied, but the shoes lack the ability to customize the fit unless you get some scissors, a lighter, and patience.

Since the rain soaked run, I've put about 40 miles on them (dry miles) and they are doing just fine. Sometime I run on trails with them and others on the road and these shoes haven't lost their performance.

When I'm running my local trails, I have to run about a mile or so to get to a trailhead. That mile can be a pain when I'm wearing some of my heavier trail shoes. So, being a Salomon geek I had to go out and buy the X-Scream, if only because it was advertised as a hybrid shoe.

I've now worn them several times on the trail and can say they perform as advertised—meaning they are comfortable on pavement and the tread grips well on the trail. That said, if you are running over a rock garden or going on technical trail, remember that these don't offer very much protection. You will feel the rocks underneath and if you stub your toe, it will hurt. If you run on smooth singletrack, these shoes will feel featherlight and you'll love them.

I would not use these for every day training. But then, despite Salomon's overselling , these shoes weren't designed for that either.