The Ranger 15 CL has been discontinued. If you're looking for something new, check out the best handheld compasses for 2021. 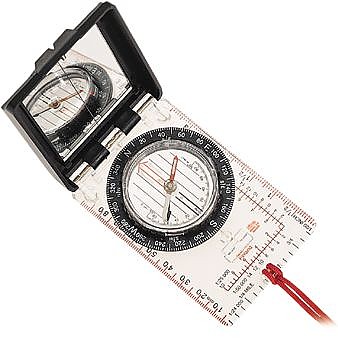 I am also one of those who owned one of the original Silva Type 15 'Ranger' compasses made in Sweden. I was completely happy with this compass until the day I lost it in a move.

Awhile back I bought a new Silva Ranger compass. According to the information I read, since 1997 the U.S. Silva 'Ranger' is no longer made by the original Silva company in Sweden, but is built outside the US by a unnamed manufacturer under the Silva 'Ranger' name by Johnson Outdoors.

All I know for sure is that the quality is lacking on the new Silva Ranger I bought. There is now a split mirror that must be intended to help sight the objective. Great, except it was stuck on with double-sided tape only and promptly fell off. The compass dial was loose and would not reliably hold a 'locked' bearing for travel - merely bumping the dial would shift it, along with your bearing.

The red-inked baseplate scales are already starting to wear off, as they aren't engraved into the baseplate like the original models. They didn't spend much money on luminous paint, either, as it's just a few dots here and there that quickly dim.

My advice is to pass up this Silva USA Ranger and try something else. Silva of Sweden still sells a derivative of the Ranger here (now called the Brunton Expedition 15T), and Suunto makes one called the MC-2.

I ended up buying a model called the K&R (Kasper & Richter) Alpin. The whole dial ring of this K&R compass is luminous and can be easily seen in poor light. It is otherwise much like the original Silva Ranger, but is made in Germany, uses what seems to be a fairly heavy damping fluid and has a polished aluminum mirror securely fastened into the cover (no more tape). The Alpin's needle settles fast, which I like, and it has held up very well so far (six months).

Unfortunately, Silva of Sweden lost their marketing connection through Brunton and no longer market ANY of their compasses to North America. The Silva Inc. compasses sold today in the U.S. and Canada are all made in Indonesia by Johnson Worldwide Associates Inc.

Apparently the brand Silva in the U.S. is now owned by another company, as the compasses are not the same as the original Silva of Sweden models. My new Ranger had a loose bezel and the mirror sight did not align accurately with the direction line marked on the baseplate, resulting in inaccurate readings.

Fortunately, Brunton now imports the Silva of Sweden line which they call 'Nexus' here in the U.S., and I bought one of those (Model 25TDCLE). The Nexus 25 is a well-made compass. I would recommend a Nexus 15 or 25 mirror-sight compass over any of the 'Silva' Ranger compasses sold in the U.S.

Unfortunately, Silva of Sweden lost their marketing connection through Brunton and no longer markets ANY compasses to North America. The Silva compasses sold today in the U.S. and Canada are all made in Indonesia by Johnson Worldwide Associates Inc.

I am a geologist and have traversed a good deal of the northern provinces and Territories of northern Canada. My crew was responsible for mapping large areas of trackless terrain by a series of traverses through the bush. At end of day a float plane of helicopter would rendezvous with us at a designated place to take us back to camp.

A good compass became an obsession since the accuracy of our survey and getting back to camp at night counted on it: one summer we were issued highly accurate pocket transit compasses, but we kept our Rangers just in case.

The pocket transit compasses were extremely accurate but only when the worked: they took forever to settle down, and the rubber gaskets leaked, so in foul weather they fogged up and often the needle would stick. Finally we convinced the party chief to let us use our Rangers. They worked all the time with no failures in 3 months between 6 geologists. The others were sent back to the manufacturer for overhaul.

The Silva Ranger 15 is quite literally a compass you can stake your reputation and your life on. I like the older ones with the metal dial because the plastic ones would wear out when used with hands covered in DEET mosquito repellent.

With that one detractor noted, for regular traversing in trackless boreal forest, I recommend the Silva Ranger. It is the right size, fast and easy to read, easy to change declination.

The Silva of Sweden 15T Ranger made years ago to which you referrred has not been available for years in the U.S. or Canada markets. Johnson Worldwide Associates now designs and markets the Silva Ranger in the U.S. and Canada; their compasses are manufactured by a subsidiary in Indonesia.

TomD, can you please confirm something regarding the Ranger type 15. I recently broke out my old ranger type 15 after some 25 years. I am pulling my hair out trying to make heads or tails of her. It appears the bezel has been rotated 180d such that the red arrow on bezel aligns with the south heading, not north with. Has something gone awry with my compass or does yours appear this way too. Silva has proved useless and I cannot find a manual for it anywhere online. HELP!

Easy to use, common scales used for topo maps, very accurate, well constructed and best of all very tough. If you need to own one compass in your life, this is the one worldwide appreciated.

I purchased one of the newer model Silva Ranger compasses after borrowing a friend's original model and falling in love. The differences are clear, but the newer product is still an acceptable choice (versus the original, which receives my top marks in all fields). Here's what I found:

--"Slop" of compass housing and degree dial in the baseplate represents a +/- 1 full degree margin for error in either direction in my sample. On further research, all samples on the shelf at the store exhibited similar slop.

The above two concerning findings are disappointing only because they represent inadequate attention to detail on the part of the manufacturer. They should, however, cause only minimal concern to the average user who can mitigate any potential for inconvenient results by utilizing good orienteering practices and checking his or her heading regularly (see example below).

Let's be honest, walking a straight line with less than 1-2 degrees margin of error is a challenge. This product is well suited for use as a recreational navigation tool or as a backup to a GPS device (meaning: nearly all recreational customers). It is not suited nor designed for precise map work off the semi-beaten path or for use in a professional setting where the margins for error are much smaller.

For those purposes, investment should be made in one of the many heavier, more costly, much more inherently accurate offerings available on the market today (and generally not found in a recreational equipment store).

This is a simple, robust, and reliable piece of equipment. I have used a Silva Ranger for over 20 years; I still have my original one (a model 15T). It is simple to plot an azimuth with, adjusting declination is a 'breeze', and it is so field friendly. It's shape is conducive to compact storage, it takes up almost no space. Accuracy is easily 1 degree and the inclinometer is very handy for many geological, prospecting, exploration uses, as well as a 'rough' survey tool. I have one I use always, one in my survival pack, and my wife has one as well. I recommend it to anyone.

The pre-1996 Silva Ranger made by Silva of Sweden which you refer to in your review is no longer available in either the U.S.A. or Canada. Today's Silva Ranger compass, when sold in the USA or Canada, is made by Johnson Worldwide Associates in a factory in Indonesia. 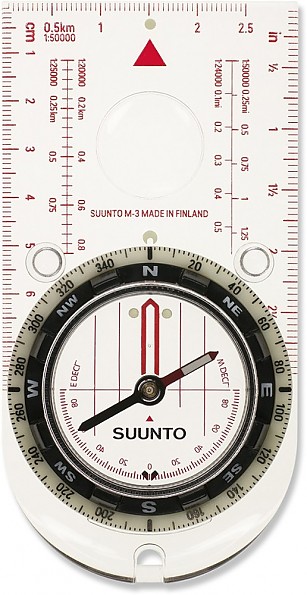