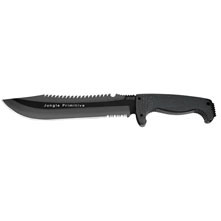 This knife is excellent for everyday camping and trips out in the sticks. Comes out of the package extremely sharp with straight/ serrated combination blade, sawing teeth, and a pummel on the handle that have a multitude of uses.

The blade isn't made out of the best metal, but if you keep it clean and sharp it will last a long time!

Also, this is one of the coolest looking knives I have ever owned and it makes you feel unstoppable against whatever you come up against, be it skinning an animal, making firewood, cutting through thick brush, or starting a fire with flint.

This knife comes with a sheath with a loop to hook onto your belt and extra pockets to hold a smaller knife or multi tool.

I have personally used this knife to fillet fish, skin deer, cut down small trees, split firewood, and as a regular camp knife. I have used it during harsh winters, underwater, and out in thick forest.

Overall, this knife has held up awesomely for years and if anything ever happens to it, I will happily buy another one. The price is awesome too! 8/10

Thanks for joining Trailspace and sharing your review, Taylor.

I've been a knife collector off an on for decades. By "off and on" I mean I have a tendency to obsess about knives and research/buy a lot of them, then I get distracted by one of my other hobbies until a knife catches my eye and then I'm back to researching and buying knives. Many of my other hobbies involve the use of knives, so I also tend to do more with the knives I buy than collectors who just put them on display.

A while back I saw the Jungle Primitive in a magazine or on the internet or somewhere like that while going about my business and it re-kindled the knife fire. It was love at first sight. I knew I had to have one, so I started researching.

I read about the steel (it's been awhile, but I think it is 420 stainless) and how many people thought that was an inferior steel for a knife like this. I read reviews complaining that the saw teeth were useless and the finish would wear off. They said the balance was wrong, the weight was wrong, the handle was bad, and so on and so forth.

I had to have it anyway. I just love the way it looks.

Eventually I received one as a gift from one of my daughters. I showed it off to a few people, wrapped the handle with paracord because it felt slim in my rather large hands, played with it, and put it on a shelf with some of my other knives.

Well it's been at least a year and I hadn't had occasion to use it. I know, I know, it was a busy year and I didn't get out much. Today I decided to at least give it a little use, so I took it out back and used it to hack all the limbs off our christmas tree. The paracord wrap I'd done on the handle, while looking good, actually gave me less control so I took it off pretty quickly.

I hadn't messed with the blade at all — it still had the factory edge on it. It had no problem chopping through douglas fir limbs up to an inch-and-a-half thick, although some of them took a few whacks. The weight is forward of the grip on this knife, which in my opinion facilitates easier chopping. I almost wish it was heavier to help with the chopping, but as is it did just fine and the relatively light weight should make it easier to carry for extended periods.

After all the chopping, and it was a lot of chopping, the knife was covered in sap, I was covered in sap and tree bits, and the tree was branchless. I inspected the knife’s edge and found no damage and very little wear. I don’t even feel a need to sharpen it yet. A little WD-40 to clean the sap off and I could see that there was absolutely no damage to the finish. None. I still can’t believe it. The knife looks brand new.

I can't say the same for my hands. I had blisters. Well, one small blister on my palm near my pinky and a spot on the side of my pinky where I recall having skin last time I looked. I don't really fault the knife for that though. You see, I remembered reading about a knife with a grip that was designed to prevent blistering when used without gloves, and I thought that that was this knife. It was actually a different knife that I was researching around the same time I was looking into this one. This knife should be used with gloves if you’re going to be chopping for a while.

The handle, while very thin, actually gave me a decent grip. I’m surprised, as I have very large hands. A larger grip would definitely be more comfortable for me. SOG also makes a machete, the SOGfari, which has the same grip design in a larger verson, and that is much better for someone with large hands like me.

The sheath that came with the Jungle Primitive is not something I’m overly fond of. It’s sturdy nylon, and it holds the knife securely with a strap over the front of the gurad rather than across the handle (straps across the handle drive me nuts as they allow the knife to slide down when carried tip up). That’s all well and good, but there is still a lot to be desired.

To me, an ideal sheath provides options to carry the knife in several ways. This sheath has a belt loop and a lanyard hole. If I want to carry the knife tip up, or lash it to a pack or vehicle, or wear it in a left-hand draw configuration, then I’m going to have to get creative. I’d also like a way to attach a respectable amount of paracord to the sheath. The sheath that came with the knife does what it does well, it just doesn’t do everything I’d like it to do.

I didn’t use the spiked pommel or the saw teeth so I won’t comment on them. I also haven't sharpened it yet, so I can't comment on how well it takes an edge, although from the use I gave it it seems to hold it's factory edge well.

Overall I was very impressed with how well the knife stood up to this use. I expected the edge to be dulled and the finish to be worn. Both look brand new. This is definitely a knife I won’t hesitate to use more.

I think it would be well suited to use as a camp knife that can double as a hatchet when packing light or backpacking. It's larger than I like for a survival knife, but others may find it suitable for that role as well. It could certainly be a good choice for a truck or trunk knife. I think these can be found for around $30 these days, and for that money it's a solid knife. 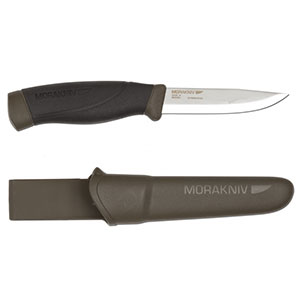 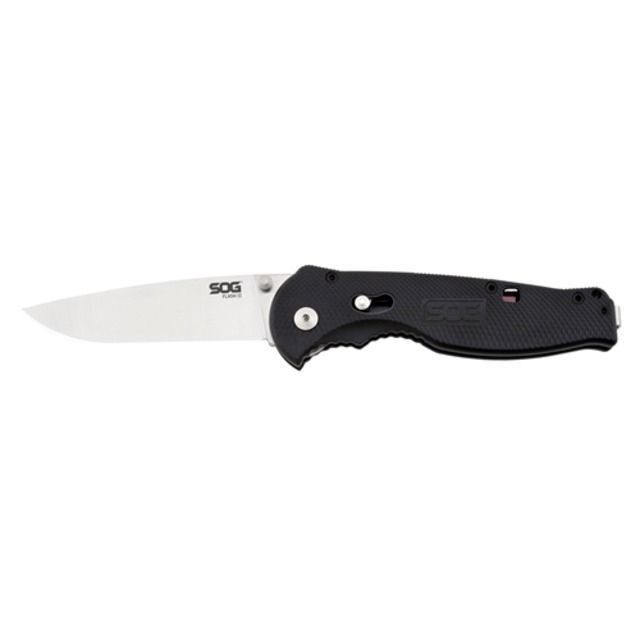 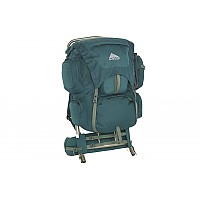 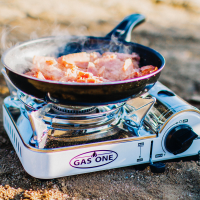