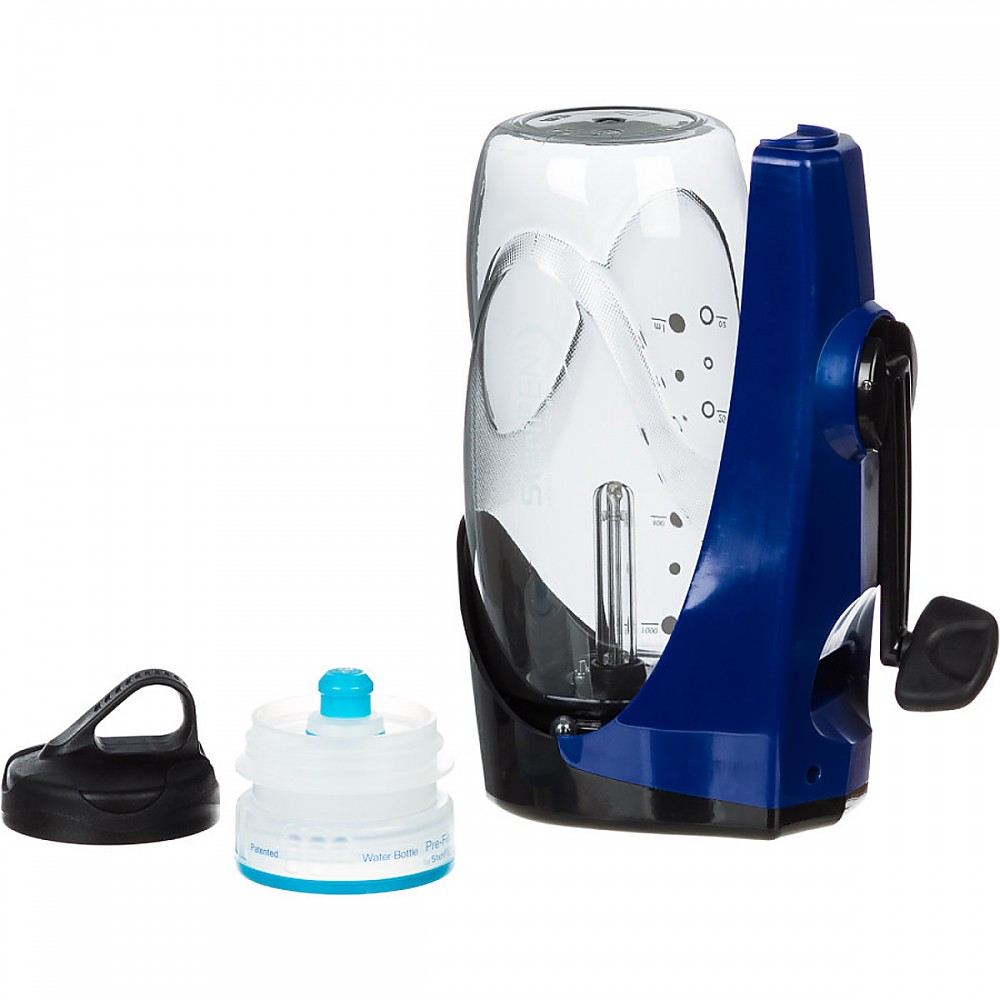 Works well but is better suited for base camp or cabin use rather than backpacking.

This is my third Steripen, I also use an Adventurer and a Classic. I originally bought this because it did not require any batteries  which would be one less thing to worry about. As far as basic operation goes they all work the same.

I got this Sidewinder about 6 months ago and in that time I have had no issues or problems with it at all. It works just as the manufacturer says and since I have not acquired any waterborne illnesses, it obviously disinfects as advertised.

The Sidewinder in action. 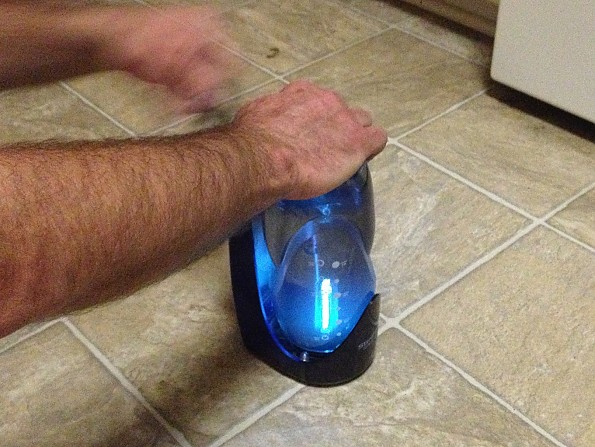 The sidewinder has two LED lights on each side of the base to indicate operation status. 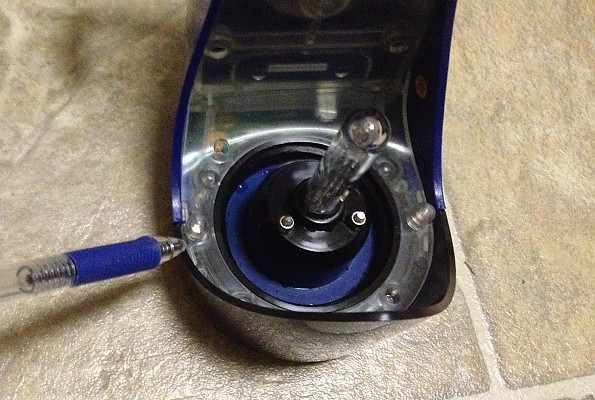 The lights illuminate red when there is a problem such as low cranking speed or failure to complete cycle and illuminates green to indicate successful cycle operation. 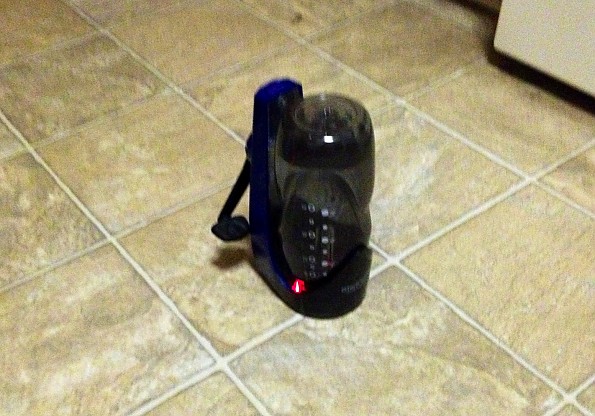 While the product works well and just as is advertised, there are a number of issues that negate its use in backpacking, and make it more suitable for use in situations as a base camp or a rural cabin.

The first issue is that it is labor intensive until you get used to the operation. The hand crank has just enough resistance to get you a little tired by the end of the cycle. It can also be challenging to maintain the continuous operational crank speed needed to maintain the disinfection cycle. Once I got used to the Sidewinder these really became a non issue though. Just a matter of getting used to something different.

The second issue is the noise. It is very noisy when turning the crank especially if you have to treat multiple liters of water. For me this is a major issue because it seems to interrupt the peacefulness and purpose of being in the backcountry. Though I wonder if it might be a good bear deterrent...

The bottle that it comes with is BPA free, which is a plus. However it is kind of bulky compared to regular sized water bottles and will not fit into some regular water bottle holders. Since it takes the standard size bottle mouth though, almost any bottle can be swapped in its place. It would also be a good idea to keep an extra bottle on hand so that one can always be mounted on the Sidewinder and thereby protecting the UV bulb from getting damaged in the backpack. 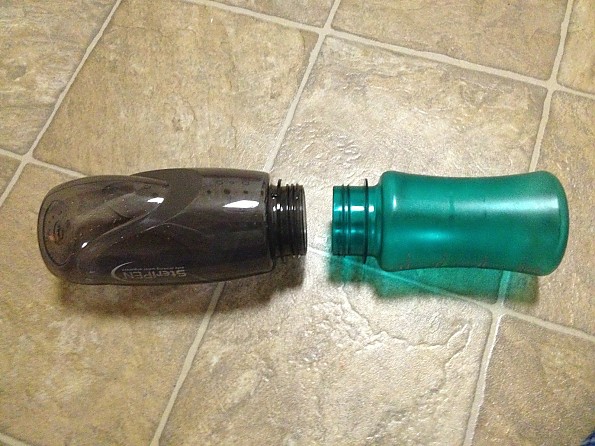 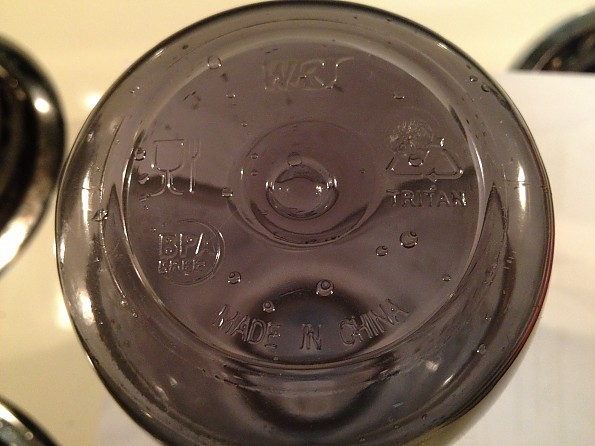 Over all I am pleased with the Sidewinder. It works well and does a good job of disinfecting water and making it safe. I just don't think it is suited for backpacking. A combination of its overall bulk and its excessive noise make it a better candidate for base camp or cabin use. 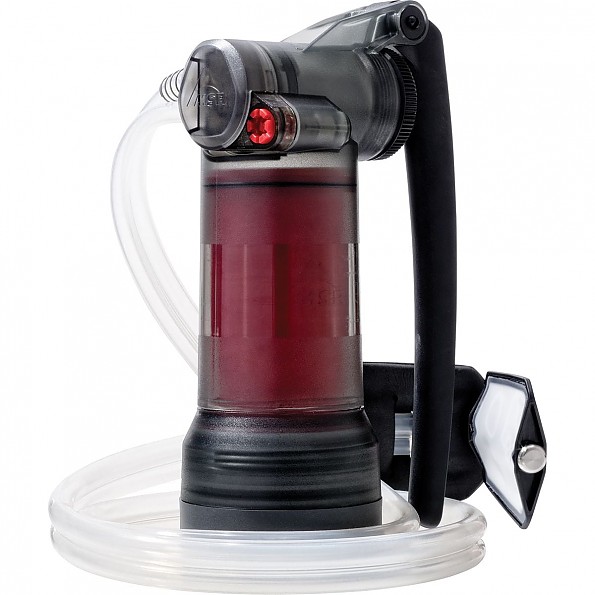 Trailspace's community of gear reviewers has field-tested and rated the top water purifiers. 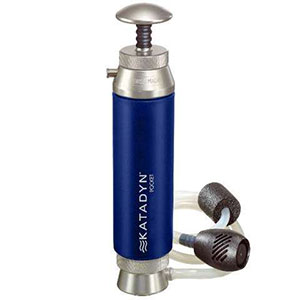 Find the best water treatment product for your next outdoor adventure using our independent reviews and ratings. 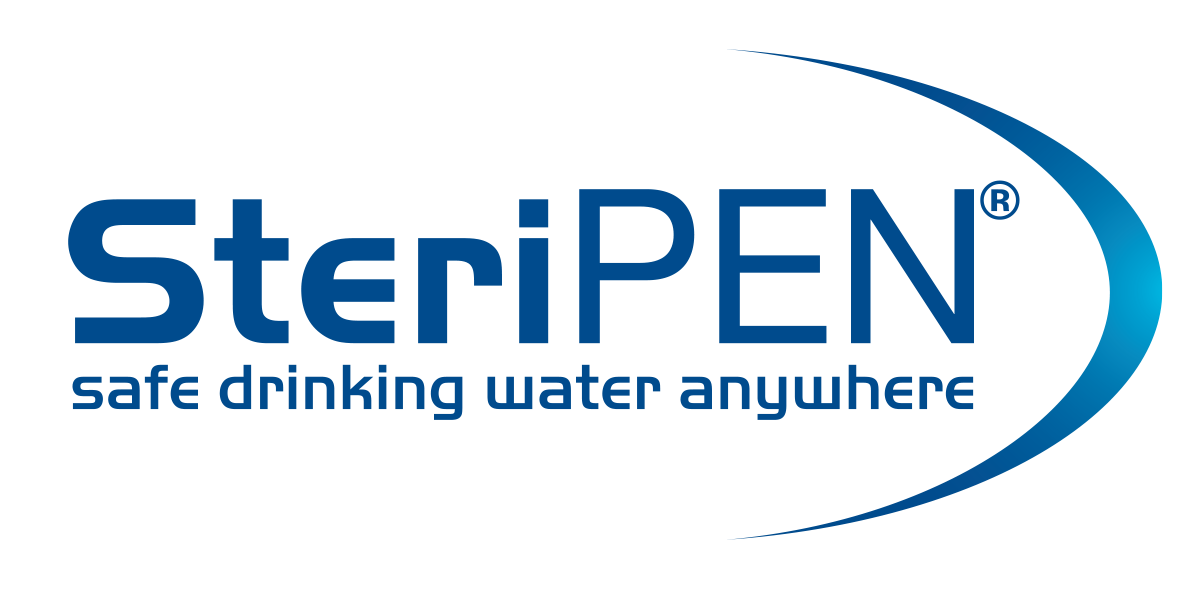