The Orion has been discontinued. If you're looking for something new, check out the best 3-season synthetic sleeping bags for 2022. 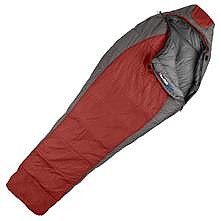 I was looking for a sleeping bag comparable to the weight and compressibility of down, but with the ability to retain insulation when wet. Living in the Pacific Northwest (or NorthWet as some call it) I was worried about buying an expensive down bag and getting it wet, so I felt like synthetic would be a better choice for a climate known for rain. I found this sleeping bag on Backpacker.com, which was the bag of choice in their 2008 Perfect Sleeping Bag pacific Northwest, and I purchased it from REI soon after.

The North Face Orion is a 20 degree mummy bag with Climashield Neo insulation. I had never heard of Climashield before I found this bag and it's actually some really impressive stuff, at least according to Climashield and the U.S. military. I learned that Climashield, like Primaloft, was developed for the military for an alternative to down, which wasn't preforming well in the field. In fact Climashield is still the insulation of choice for the U.S military. Now I can't confirm any claims about it being the "most compressible, warmest, softest, most durable, water resistant and hypoallergenic insulation", but I can say that it works pretty darn well.

This bag has it all. It's light and packs down really small. As a matter of fact it compresses smaller then my hiking partner's Big Agnes Lost Ranger 15 down bag. It actually leaves enough space in my backpack's sleeping-bag compartment, that I can put other items in with it. At 2 pounds 5 ounces it's not the lightest sleeping bag on the market. There are plenty of lighter 20 degree down bags, but some of them are outrageously expensive compared to $179 of the Orion.

The bag is very warm. I would say it's close to the EN rating of 23 degrees. Lately my girlfriend has been using it, and she sleeps warm in it as well. But I have to admit that I have had several chilly nights in this bag. It is rated at 20 degrees, and I have used it down to that temperature, but I was chilly. Not cold mind you, just chilly. Now, when I know the temps will be particularly cold, I bring a silk liner.

The bag is a pretty snug fit for my wide frame, but I've gotten used to it over the years and sleep pretty comfortably. The zipper sometimes snags. Mostly at night when I'm fiddling with it in the dark half-asleep. As long as I'm being careful, I usually don't have a problem.

For the price, this bag is perfect. It's light and compacts very small, and will keep you warm during the vast majority of your 3-season nights. The best part about it is that if you always hike in the rain, like I do, you can rest assured that the insulating qualities wont be ruined if it gets wet.

This bag is really nice and I am quite happy with it. Before this bag I have used traditional rectangle bags and a down mummy that is older than I am 23+, This bag has kept me warm I have been in snow on Mt Hood, in early/mid June and I was just toasty though it can get a little warm in during the warmer months but that is fine just unzip the bar a little. 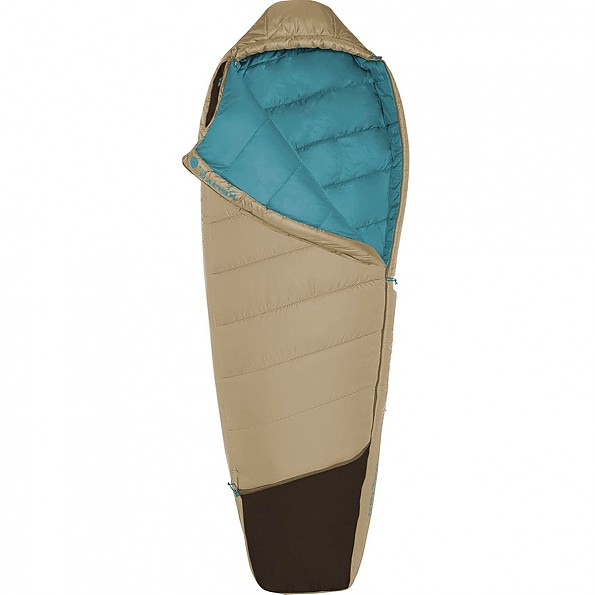